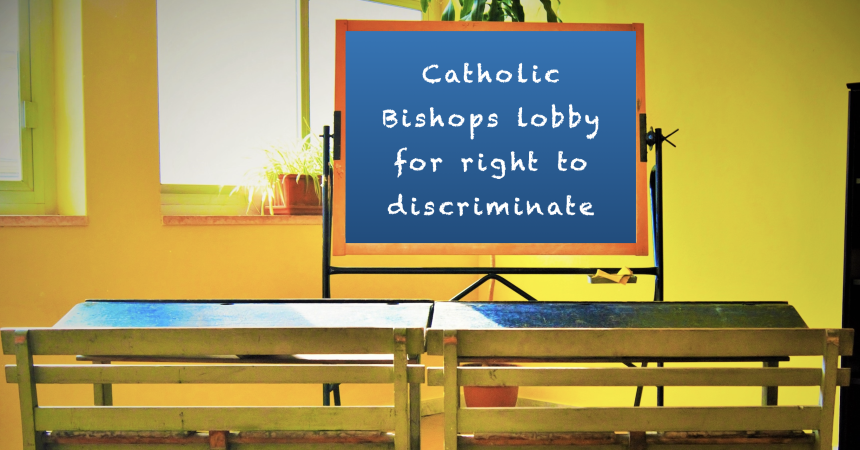 Catholic Bishops lobbied the Government last June to change the law, so they could once again be allowed to discriminate against non-Catholic children in access to publicly funded primary schools.

RTE’s Emma O’Kelly reported that the Bishops said their support for divesting a small number of publicly funded primary schools to multi-denominational patronage was dependent on this happening.

This is yet another example, as Atheist Ireland has articulated for years, of why divesting some schools to different patron bodies cannot solve the injustices of our sectarian education system.

This is because multiple patronage and multiple ethos as the basis for policy is the underlying problem in Irish schools, not the solution. The Oireachtas Education Committee has already concluded that this brings about segregation of children and inequality.

Also, most areas have standalone schools, so atheist or minority faith parents in those areas would still have no choice other than to send their child to a Catholic school.

It is not a just response to say that, in these areas, the State must give preference to the wishes of the majority of parents in a given area. The European Court of Human Rights has said the basic premise of human rights law is to protect individuals from the tyranny of the majority.

The Supreme Court in the recent Burke case said it is a foundational pillar of the Constitution that the State must have due regard for the rights of parents in the religious and moral formation of their children. That means all parents, not just those from religious majorities in particular areas.

An education system that explicitly promotes every parents specific religious belief would be impossible in practice, because you could not have that many schools in each area. It would also be undesirable as social policy, as it would be based on segregation of children because of their parents’ beliefs.

The only just solution is a publicly funded school system that treats everybody equally, that promotes neither religion nor atheism, and that leaves parents to pass on their religious or philosophical beliefs in their families and churches.

While we wait for such a secular education system, a good first step would be for the Department of Education to vindicate the constitutional right of parents for their children to not attend religious instruction in publicly funded schools.

Secular Sunday #545 - The right to not attend religious instruction