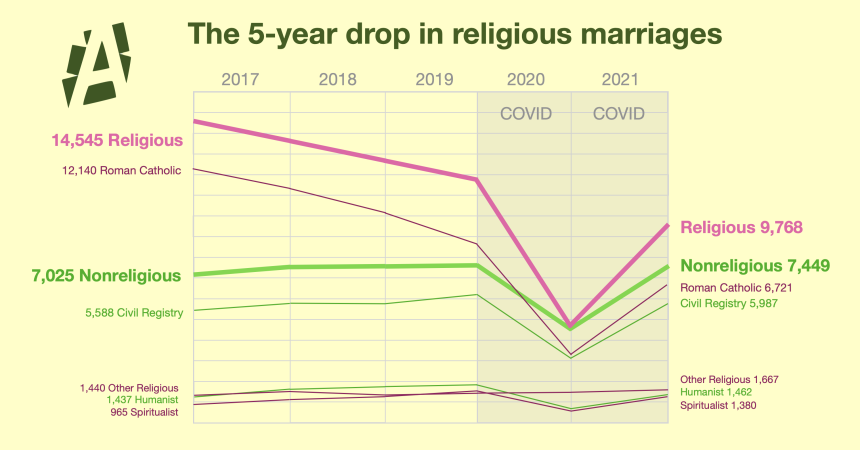 Yesterday we reported on what we described as the rise in nonreligious marriages in Ireland since 2016.

However, when you look at the actual figures rather than the percentages, it is more accurate to describe the trend as a 5-year drop in religious marriages.

Why is this? Firstly, the overall number of marriages was steadily declining, by about 240 a year between 2016 and 2019.

The overall number of marriages then dropped by half in 2020 because of Covid, and has recovered somewhat during 2021 as Covid eased off.

This again shows the need for the State to remove the privilege it gives to the Catholic Church in running Irish schools and hospitals, and to Christianity generally in the religious oaths in our Constitution and in our charities and civil registration laws.

Ireland is no longer a Catholic country. We are now a pluralist country gradually dismantling Catholic privilege in our laws.

Review of Termination of Pregnancy Act