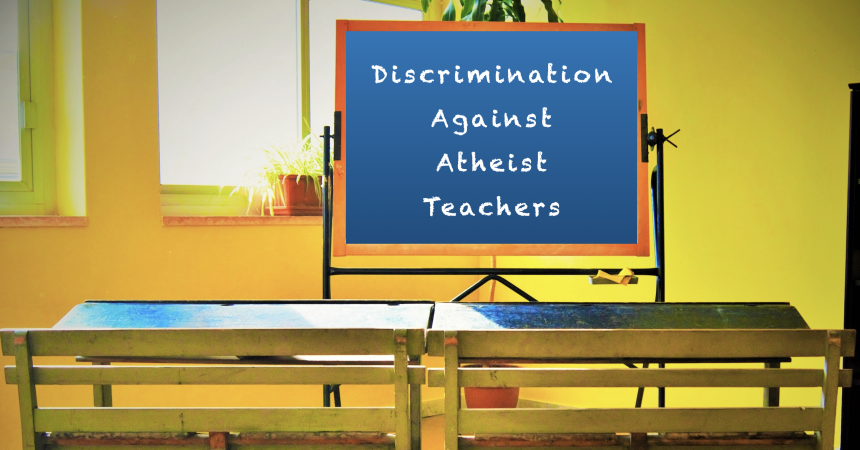 A new cross-border research survey supports the argument that Atheist Ireland has made for years: that non-religious teachers are hiding or suppressing their beliefs in schools with a religious ethos for fear of the impact on their careers.

“This discrimination against atheist teachers places us in a conflict of conscience between our personal beliefs, our desire to uphold the constitutional rights of all students and their parents, and our legal duty to uphold the religious ethos of their school.

This report strengthens the case for ending the exemptions in our equality laws that allow schools with a religious ethos to discriminate against atheist teachers.”

The study is by Dr Catherine Stapleton of Mary Immaculate College in Limerick, and Dr James Nelson of Queen’s University Belfast.

Atheist Ireland spoke last week in Mary Immaculate College at the National Forum for the Enhancement of Teaching and Learning in Higher Education, where we raised religious discrimination against atheists in Irish schools.

The teachers interviewed for the report teach a variety of subjects: English, Maths, History, Modern Languages, Physics, Music, SPHE, Technology & Design, Computer Programming, IT, and Business Studies. Only one teaches Religion (along with Maths).

This means their jobs do not have religious belief as a genuine occupational requirement, which is part of the test of proportionality under European Council Directive 2000 on when employers can take religious beliefs into account.

However, the teachers in this study report that religion or belief is undoubtedly a factor in appointments and promotions at their schools, most explicitly in Catholic schools, but also in schools run by the State through ETBs.

This causes a conflict of identity for teachers, with most feeling unable to express their non-religious identity. This hinders not only their careers directly, but also their relationships with peers, students and senior staff.