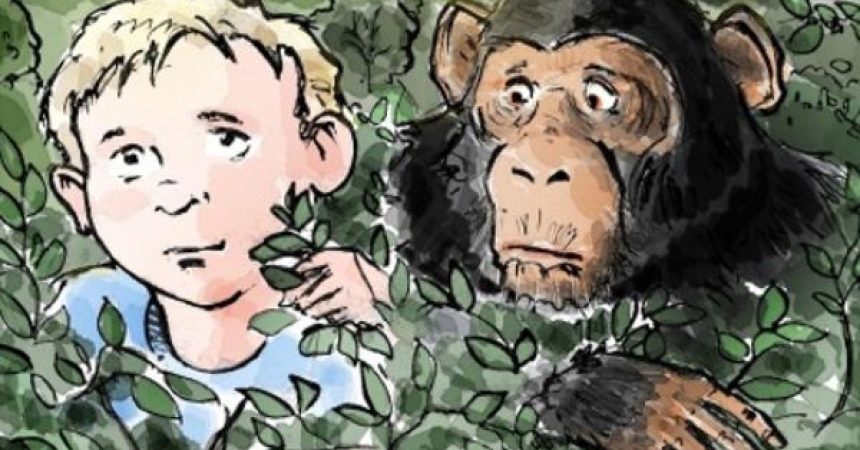 Adam The Ape – A Book Review

Richard Dawkins is probably the most famous evolutionary biologist in the world today. I recently read his book ‘Outgrowing God’, which is aimed at a younger audience. Having really enjoyed that book a lot, I was happy to have an opportunity to read ‘Adam The Ape’ by Wolfgang Wambach, which also introduces younger readers to evolution and humanism. While both books are wonderful, Wambach offers a carrot where Dawkins uses a stick.

What comes across most clearly from the non-fiction in ‘Outgrowing God’ is that Dawkins is an accomplished scientist. He leads the reader through the evidence in the field that he has mastered, to arrive at several unavoidable conclusions. For example, humans are a species of great ape and like other creatures we evolved from common ancestors, such that all animals on this planet are our cousins. Dawkins often uses fantastic metaphors and beautiful allusions, but the collection of evidence he gathers is a bit like a big stick, which is just as difficult to argue with as the real thing. That is, the effect of all the compelling evidence is to force some particular conclusions. Evolution is a fact that is as certain as any other, and reality does not allow us to pick our own truths.

In contrast, Wambach prefers the carrot of an adventure story, involving a young boy and a chimpanzee called Adam. The excitement of the narrative keeps the pages turning, so that the reader hardly notices the lessons being learned about evolution and the relationship between humans and our animal cousins. ‘Adam The Ape’ eventually teaches the reader many of the same lessons about humanity that Dawkins does, but Wambach’s setting is a fictional courtroom drama instead of the Dawkins science classroom. We can still realise that god is redundant, but in a very subtle way.

In his epilogue, Wambach reverts to a short summary of evolutionary science. The level of detail here is below what Dawkins provides, since ‘Adam The Ape’ seems to be aimed at a younger audience than ‘Outgrowing God’. I would recommend the Dawkins book for young adults who want to understand how science relates to religion and atheism. Dawkins provides a wonderful exposition of the evidence for evolutionary biology, without it ever appearing like school work. It is a joy to read and never a chore.

I would recommend the Wambach book for even younger readers, who may prefer an exciting narrative to non-fiction. The adventure story within ‘Adam The Ape’ offers a more gentle introduction to many of the same themes around evolution and humanism. I have no doubt that younger readers will enjoy it immensely, while also learning some important lessons along the way.

You can buy Adam the Ape on Amazon.

Secular Sunday #543 - Adam the Ape and Our Goddamn Wedding

UN to monitor racial and religious discrimination in Irish schools