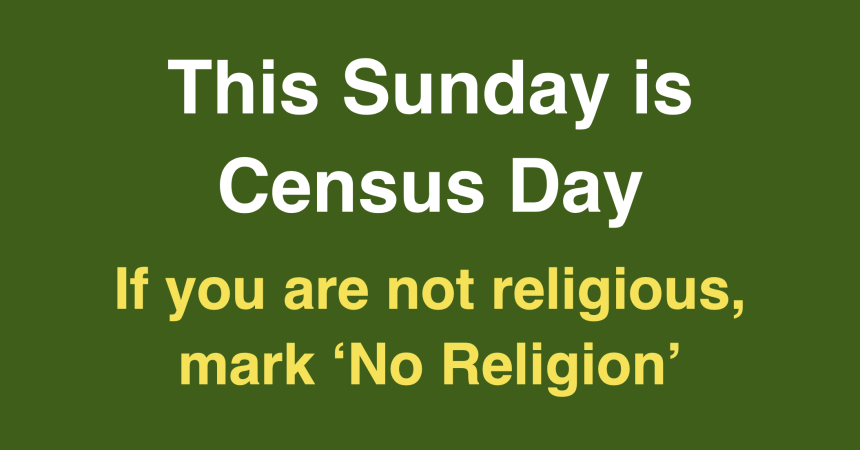 This Sunday is Census Day

This Sunday, 3 April, you will fill in your census form for 2022. The results will be used in planning the allocation of public services and resources, including the Catholic Church controlling almost all of our State-funded primary schools.

To keep the census figures accurate, please pay attention to the new religion question, which now reads: ‘What is your religion, if any?’ If you are not religious, be sure to mark the ‘No Religion’ box.

Note that the words ‘if any’ have been added to make clear that you are not expected to automatically have a religion. Also, the first check-box is now ‘No Religion’, which comes before the list of the five most popular religions from the last census.

Note also that the CSO formally advises that the question is about what you believe ‘at the time of the census’, so you shouldn’t just mark the religion you were brought up in. You won’t write in your childhood address, so don’t mark your childhood religion.

These small improvements came after lobbying by Atheist Ireland during a consultation process. We argued that the old question, ’What is your religion’, assumed that everyone had a religion, and resulted in people writing down a religion even if they were not religious.

As a further prejudice, the listed options used to be ordered in the sequence of the most frequently given responses from the previous census. However, although ‘No religion’ was the second most frequent answer in the second-last census, it did not appear in second place in the last census.

This year we can continue to record the rise of the nonreligious in Ireland, from just a thousand in 1961 to nearly half a million in 2016. What will it be this year? Another rise will put pressure on the State to deliver public services without giving privilege to the Roman Catholic Church based on inaccurate census numbers. 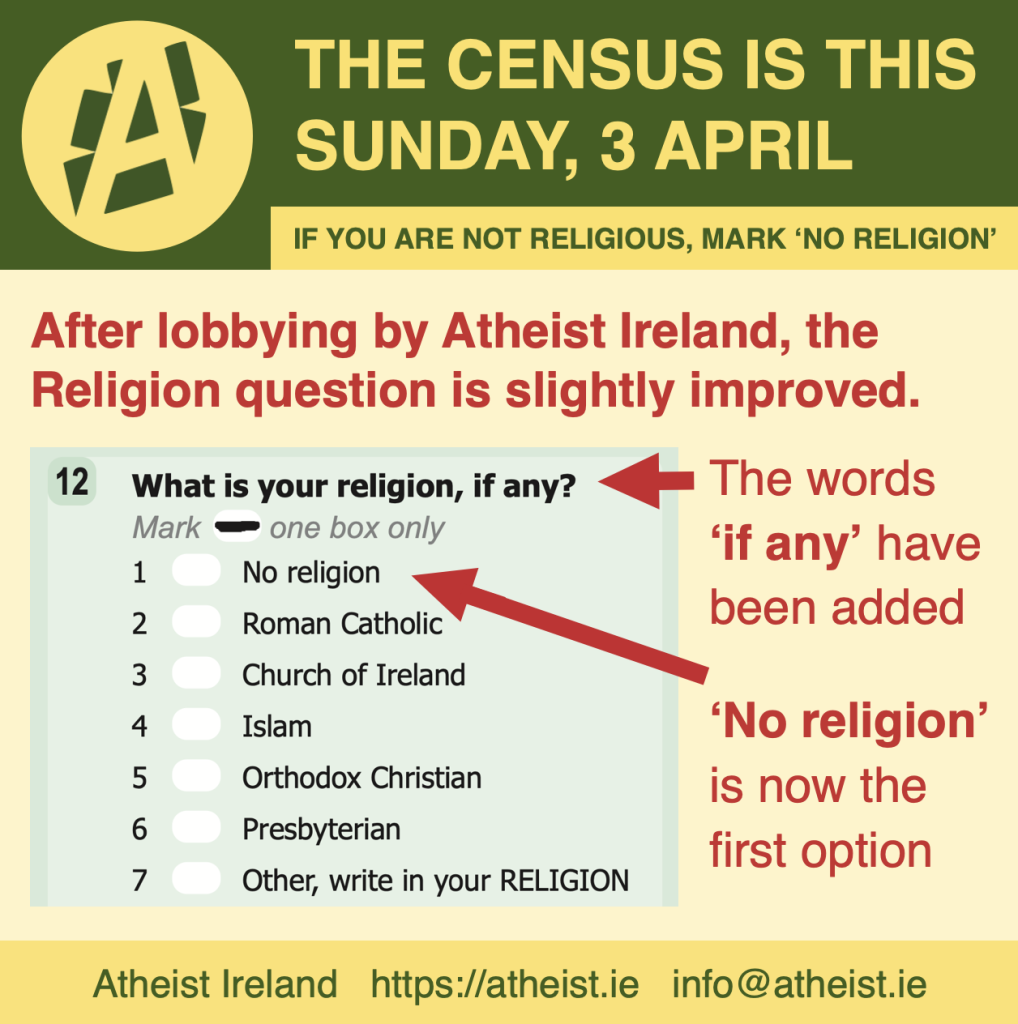 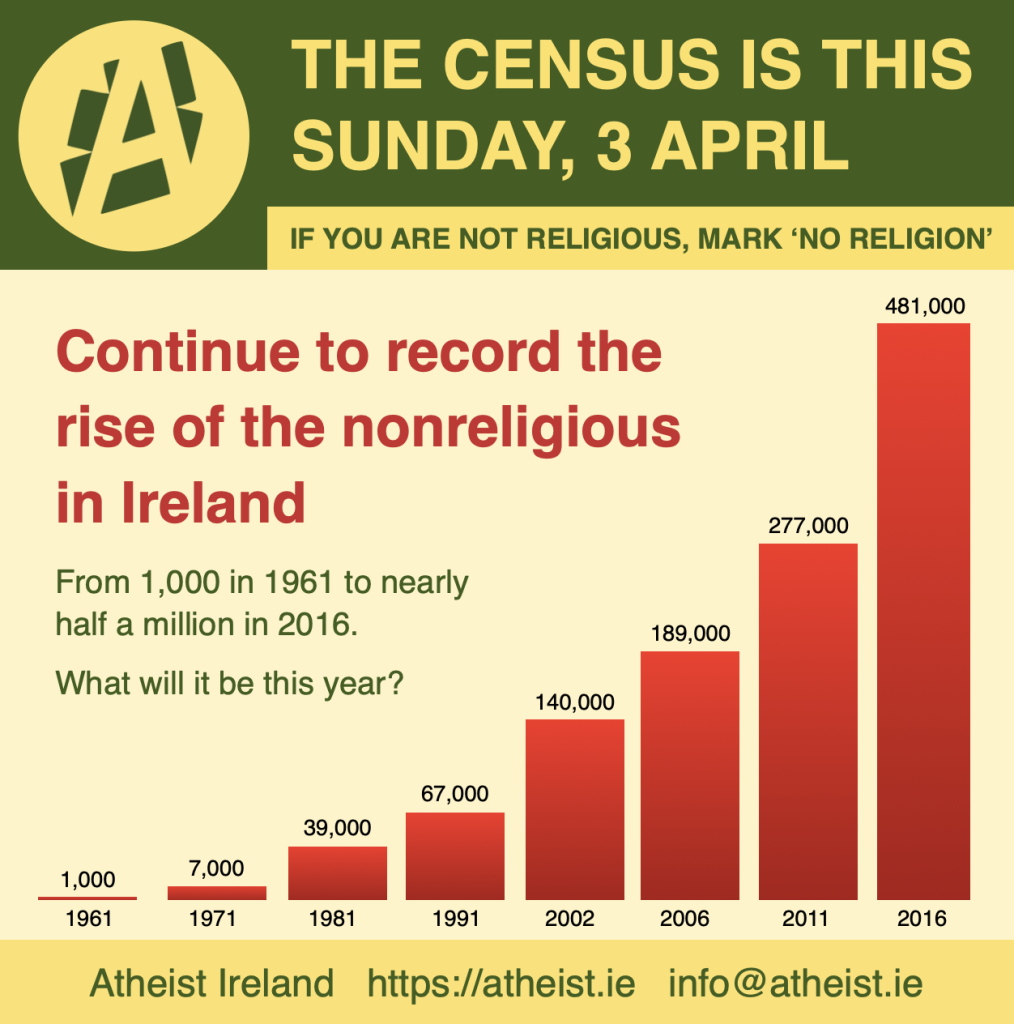 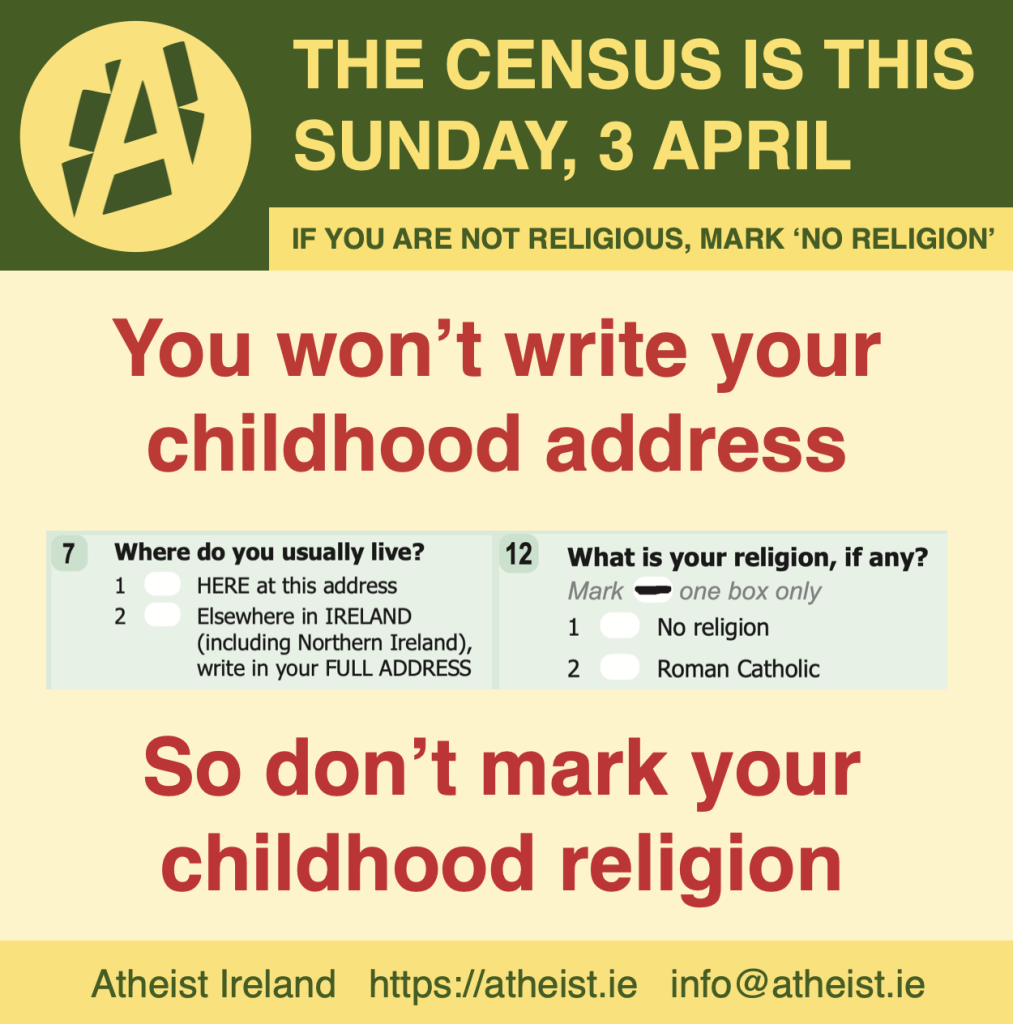 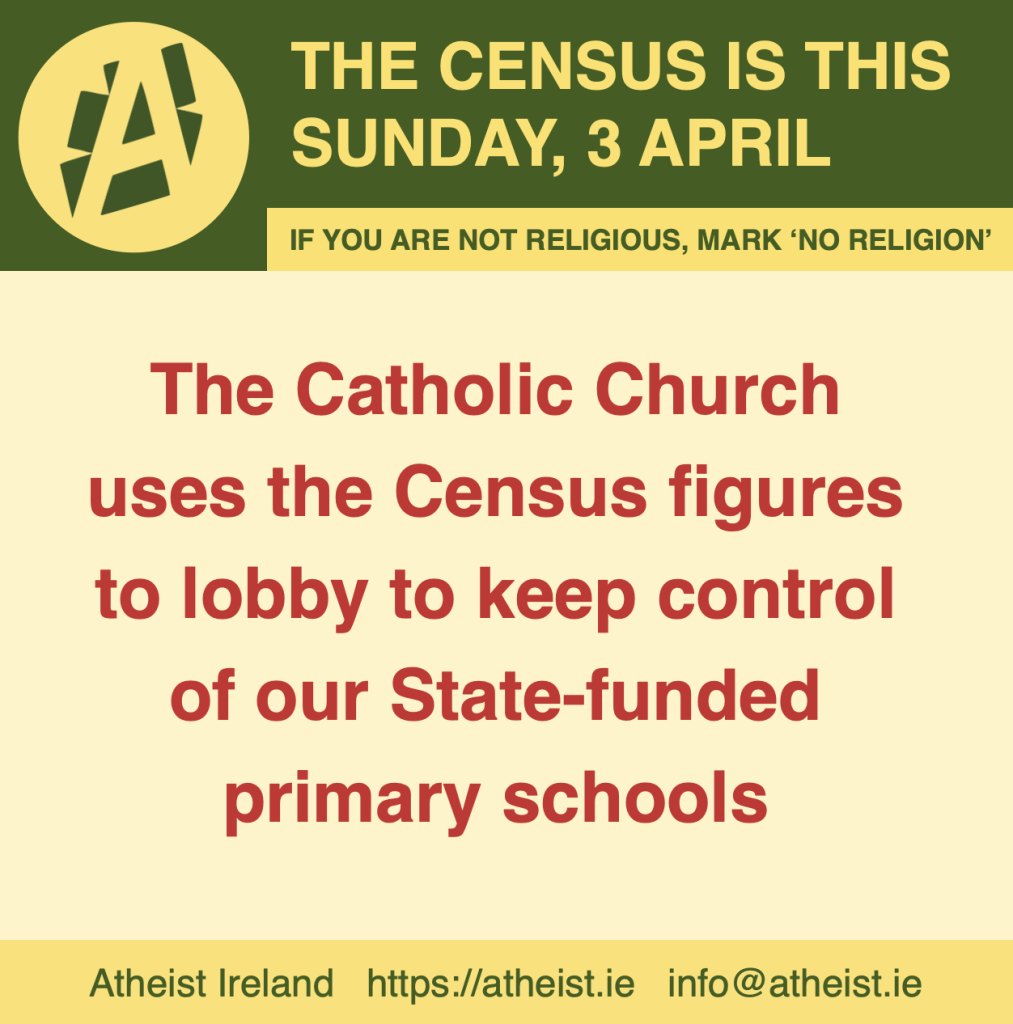