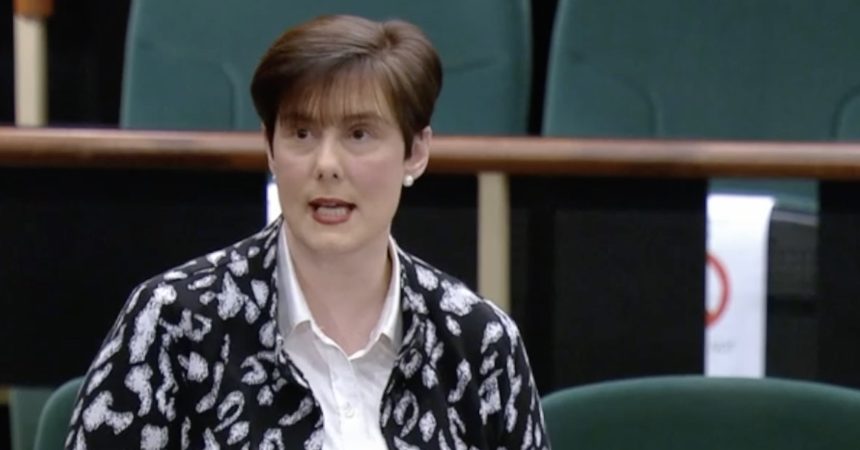 The Supreme Court has ruled in the Burke case that the Department of Education exceeded its jurisdiction, by disregarding the constitutional rights of home-schooled students when it was implementing a new leaving certificate scheme during the Covid pandemic.

The Department had argued in the case that its only obligation was not to destroy the Constitutional right to home school your child.

This ruling strengthens Atheist Ireland’s legal opinion from 2020, that the Department is breaching the constitutional rights of students to attend State-funded schools without attending religious instruction.

This ruling also strengthens our argument that the Department of Education is disrespecting the inalienable constitutional right of Atheist, Humanist and secular families in relation to the religious and moral education and formation of their children.

The Supreme Court in the Burke case made a distinction between the Government policy decision on how to conduct the leaving certificate, and the administrative scheme that the Department of Education put in place to implement that policy decision.

The Supreme Court ruled in the Burke case that

“43… [The Government’s] decision did not seek to deprive home-schooling parents or their offspring of any right. There was therefore no clear disregard of the Constitution by the Government…

45. Policy, however, as declared by Government, must be turned into an administrative scheme.… Any such a scheme must abide by the Constitution. That is the over-arching jurisdiction under which every organ of the State must act…

By implementing a scheme which left those who were home-schooled with no possibility of advancing to third level education in 2020, the Department acted outside what the Constitution required.”

The case that the Department of Education is disregarding the constitutional rights of students to not attend religious instruction is even stronger than the arguments in the Burke case because it is written into the Constitution. The Department of Education is also obliged to respect the inalienable right of parents in relation to the religious and moral education of their children. The Burke case has strengthened these rights.

In the Burke case, the Court first had to determine the extent to which the contested right regarding the leaving certificate existed in the Constitution. By contrast, the right to not attend religious instruction is explicitly written into the Constitution.

The Burke case judgment says all rights in fundamental law are simple rights put in simple language. By contrast, the Department tries to redefine the terms religious instruction, education, and formation in ways that contradict the Supreme Court in the Campaign case in1998.

In the Burke case, the Department put in place the administrative scheme that was being challenged. By contrast, the Department simply asserts that it is up to each school how it deals with the Constitutional right to not attend religious instruction.

The Department of Education policy through the Primary School Curriculum (1999) and Syllabus Religious Education at second level supports indoctrinating students from non religious backgrounds into a religious understanding of the world and relationships.

The Supreme Court in the Burke case stated that:

“An overall saver in the constitutional text is that the State, in providing for free primary education and in endeavouring to assist post-primary education in various forms, have “due regard”… for the rights of parents, especially in the matter of religious and moral formation.”

This provision reflects a concern for upholding parental authority; a foundational pillar of the Constitution that accords with Article 41 recognising the family as “the natural primary and fundamental unit group of” Irish society. Hence, society is built around the family.”

The Department of Education simply ignores the Constitutional parental authority of non religious parents and is assisting private bodies to indoctrinating their children into a religious understanding of the world.

The Department’s abdication of administrative responsibility to individual schools also goes against the Burke case judgment, which states that:

“7… Both legislation and administrative schemes must, by nature, contain sufficient detail in the way of technicality and logistics as to define application and entitlement…

This administrative principle cannot be adhered to by simply telling each school that it is up to them how they implement the right to not attend religious instruction. Indeed, what is happening is the opposite of this principle. The Department is giving private bodies the power to make policy on how to implement a constitutional right.

In practice the situation is even worse, because Atheist Ireland has made the Department aware, with supporting evidence, that most schools do not vindicate this Constitutional right, and the Department refuses to do anything about this.

Not only do most schools not vindicate this Constitutional right, they do not even adhere to Section 62.7(n) of the Education (Admission to Schools) Act 2018, which requires schools to publish an admission policy which will include details of the school’s arrangements for students who do not want to attend religious instruction. Atheist Ireland has made the Department aware of this, with supporting evidence, and the Department refuses to do anything about it.

Secular Sunday #349 – Back to school and blasphemy