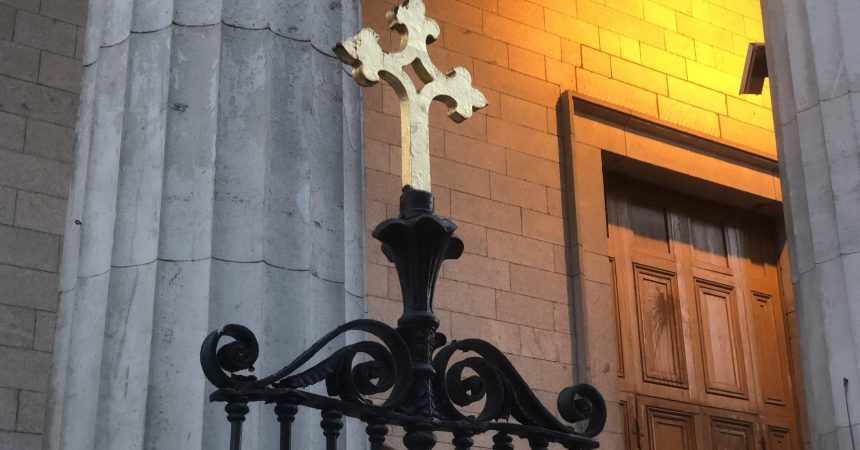 A report by Genesis published this week by Catholic education groups shows clearly that the Catholic Church’s control over State-funded schools in Ireland must end. The results are devastating for State funding of Catholic schools, contrary to the misleading spin its publishers are pushing.

The report says many parents feel embarrassed or ashamed to admit to being a practicing Catholic, and associate the Church with being male dominated, punitive towards women, controlling, abusive, and brushing problems under the carpet. Only 5% consider priests or nuns to be very influential in helping children address life challenges.

The report finds that most parents (between 55% and 66%) do not think having a Catholic ethos or faith formation are important when choosing a school, and most (between 51% and 58%) do not think religious instruction is valuable within the school. Also, most nonreligious parents (59%) do not get their choice of school for their children.

What most parents want in a school is convenience of location, academic reputation, good discipline, teaching right from wrong, social inclusion initiatives, and raising awareness of social issues. None of these factors require a religious ethos or forcing children to attend religious instruction classes.

This report supports the arguments Atheist Ireland has been making for years, that the State must stop allowing Catholic school patrons from breaching the Constitutional and human rights of atheist and minority faith children, parents, and teachers.

These arguments are made even stronger by the Supreme Court’s judgment this week in the Burke case, that the administration of government policy must abide by the Constitution. That is the over-arching jurisdiction under which every organ of the State must act.

The figures in this report do not affect the right to not attend religious instruction in publicly funded schools. That is a personal right protected by the Constitution, and does not require majority support from other people.

But the legal justification for Catholic ethos generally in schools, and for allowing some discrimination against minorities, is to uphold the religious freedom of Catholic parents and their children. This report shows that the balance in relation to ethos has shifted, and it now assists a minority of religious parents at the expense of everybody else.

The report shows that multiple patronage cannot provide pluralism in education. 24% of respondents said they had only one school available to them in their locality. Even if the government’s policy of trying to have 400 multi-denominational schools by 2030 actually happened, it would not resolve this problem.

Most parents do not think Catholic ethos, faith formation, or religious instruction are important.

One response is only partially reported

A newspaper article about the report by Marie Griffin says the report shows ‘overwhelming support among parents (78%) for the Catholic Church to have a role in continuing to shape and influence the ethos of schools.’

The article then cites the following three figures:

This leaves out 36% of parents, who it seems reasonable to speculate may want the Catholic Church to have the same role as it currently has. So the figures may be:

If this is the case (which we cannot be certain as the article did not cite the full responses), then a majority of 55% want the Catholic Church to have a reduced or no role, while a minority of 45% want it to have the same or a more active role. We have asked the Catholic Education Partnership for details.

Attitudes toward the Catholic Church generally

With regard to the Catholic Church generally, the report says of respondents that:

The report says many parents discussed feeling embarrassed, and even ashamed, to admit to being a practicing Catholic. Many felt that the Church was often a representation for all that was wrong with Irish society in the past and to a certain extent the present – male dominated, punitive towards women, traditional, conservative, controlling, abusive, does not listen to lay people, brush problems under the carpet.

The report says an unspecified number of respondents say Catholicism can act as a marker of reflection for moments like births, marriages, and deaths, and they recognise this may be hypocritical. They describe other benefits of Catholicism as including moral values, social connection, and resilience. As the field of positive psychology shows, you can get all these values without religion.

What is important to parents in schools?

18% of parents being dissatisfied or very dissatisfied with their children’s school is a major problem. It seems reasonable to speculate that this 18% may come mostly from the 28% of parents who had only one local school or did not get their choice of school, who in turn are mostly not or not very religious.

But even of the 78% who are either satisfied or very satisfied with their children’s school, the rest of the results show that the reason for their satisfaction is mostly not due to Catholic ethos, faith formation, or religious instruction.

As religious instruction is not important for most parents within a school, what practices and activities do they place most value on? The report says they are:

Clearly it is possible to provide all of these these factors and practices and activities in State-funded schools that do not have a religious ethos, and that instead treat all children, parents, and teachers equally regardless of their religious or nonreligious beliefs.

The results of this research are devastating for State funding of Catholic schools. The people who have control and power in Catholic schools commissioned the research, and it shows why their control over State-funded schools in Ireland must end.

All of this simply has to end. The State cannot allow this discrimination and abuse of rights to continue in State-funded schools. Atheist Ireland will continue to lobby for a secular education system that does not promote either religion or atheism, and that treats all children, parents, and teachers equally regardless of their religious or nonreligious beliefs.