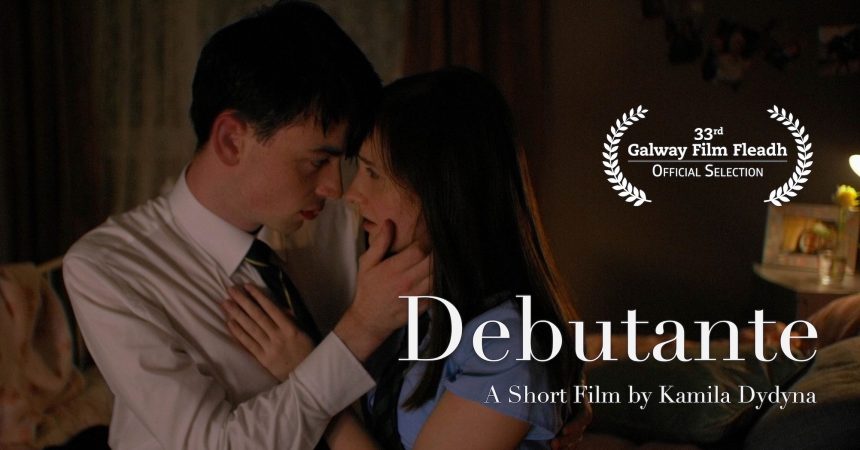 Debutante, a short film about religious control and coming-of-age in a hostile environment, will have its online premiere at the Galway Film Fleadh on 24th July. Atheist Ireland are official partners of the film by Kamila Dydyna, a Polish filmmaker based in Dublin.

In Debutante, Meg’s simple life revolves around her duties as a Jehovah’s Witness and a platonic relationship with her boyfriend Sam. It all goes well until she is summoned to a judicial committee hearing, where three congregation elders shatter Meg’s carefully-constructed world.

In Debutante, Meg faces the ultimate threat of being ‘disfellowshipped’ or shunned by the community which she has grown up to believe to be the only route to salvation. Shunned people effectively become ghosts, with no interaction from their friends or even family members.

This is Kamila’s third short film. The award-nominated Testimony is about a child testifying in a domestic abuse court hearing. The Betrayal is an LGBT drama about a wife who grapples with feelings for her best friend. Both films were screened in festivals globally and broadcast on RTÉ.