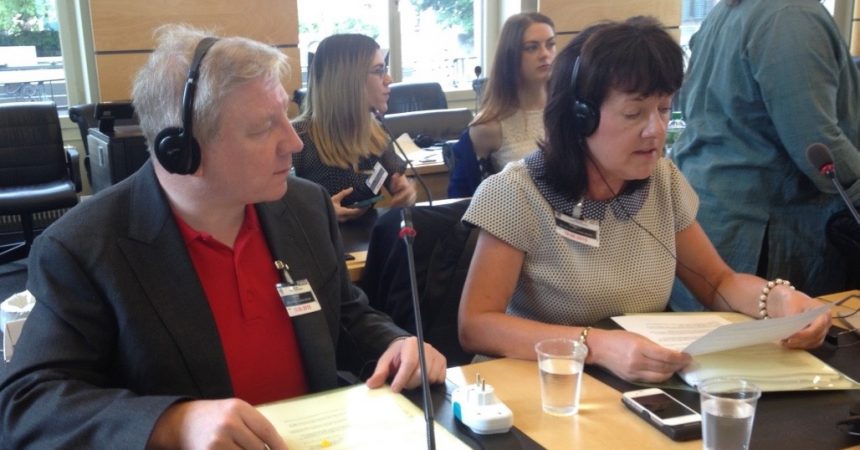 Atheist Ireland has been working for several years on the issue of objective versus Catholic sex education in Irish schools. If you want to understand more about the issue, you can read our submissions and articles linked below.

In the majority of Irish schools minorities both religion and non religious have a choice between Catholic sex education and no sex education at all. Relationship and sexuality education is part of Social, Personal and Health Education. If minorities opt out of SPHE, then they get no social education at all notwithstanding the fact that they have a right to it and the state has a duty to provide it.

Atheist Ireland will continue to work on this issue and are meeting with politicians to discuss it at present. All students have a Constitutional right to Social and Moral education and the state has a duty to provide it.

UN Committee on the Rights of the Child 2020

Atheist Ireland’s most recent Submission to the United Nations Committee on the Rights of the Child was a joint submission with the Ahmadiyya Muslim Community and Evangelical Alliance Ireland. You can read our Submission here.

In their List of Issues in October 2020 in relation to Sex Education the UN Committee on the Rights of the Child asked Ireland to:

1 (c) Ensure comprehensive, age-appropriate education on sexual and reproductive health and rights, including information on family planning, contraceptives and the risks related to early pregnancy, as well as on the prevention and treatment of sexually transmitted infections;

(d) Raise awareness of and foster responsible parenthood and sexual behaviour, with particular attention to boys and men;

In June 2018 Atheist Ireland appeared before the Oireachtas Education Committee to give evidence on SPHE in schools. You can read about that here. It covers our opening statement and questions from TDs on the issue of sex education in schools.

National Council for Curriculum and Assessment 2018

In 2018 Atheist Ireland met with the National Council for Curriculum and Assessment and sent in a Submission regarding sex education in schools. You can read our Submission here.

The UN Committee on the Elimination of All Forms of Discrimination against Women recommended in 2017 that Ireland should integrate objective compulsory sex education into the school curriculum, and should closely monitor and evaluate its delivery by schools.

This was a result of Atheist Ireland raising this issue with the Committee. It is the first time this committee examined sex education in Irish schools. You can read our Submission here.

The Recommendation from the UN Committee reads:

(c) Integrate compulsory and standardised age-appropriate education on sexual and reproductive health and rights into school curricula, including comprehensive sex education for adolescent girls and boys covering responsible sexual behaviours and focused on preventing early pregnancies; and ensure that it is scientifically objective and its delivery by schools is closely monitored and evaluated;

The Committee also stated that:

The Committee further welcomes the introduction of a new short course in Social, Personal and Health Education (SPHE) for the junior cycle. Nevertheless, the Committee is concerned at:

(a) Reports of stereotypes and sexism in the field of education, and at the lack of concrete measures to curb this phenomenon;

(b) The gender-approach of the apprenticeship training programme, which effectively attracts few women and girls;

(c) The narrow approach towards the provision of sexuality education due to the fact the content of the Relationship and Sexuality Education (RSE) curriculum is left to institutions to deliver it according to the schools ethos and values and as a result it is often taught together with biology and religious courses.

UN Committee on the Rights of the Child 2016

In March 2016 the Committee on the Rights of the Child questioned Ireland. Atheist Ireland participated in the session and we highlighted that the Irish delegation was misleading the Committee. You can read details about this here. In their Concluding Observations Recommended that:

(d) Take measures to raise awareness of and foster responsible parenthood and sexual behaviour, with particular attention to boys and men.