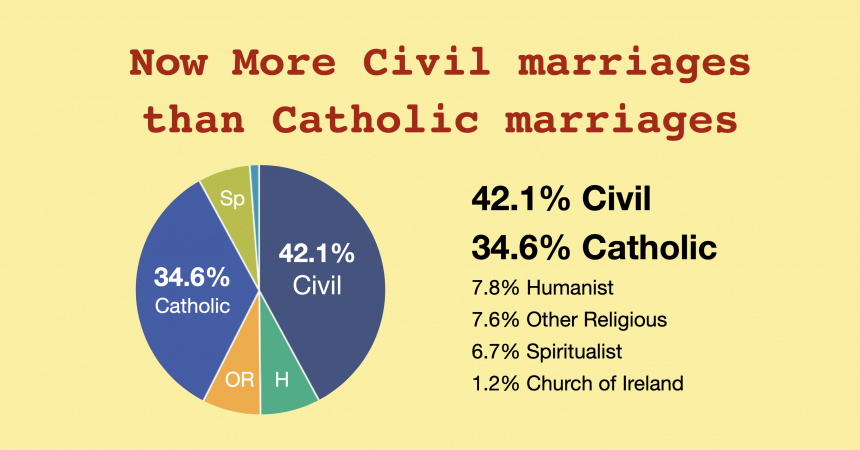 Census figures released today show yet again that Ireland is no longer a Catholic country. Our laws must catch up with this reality, and stop giving privilege to the Catholic Church.

For the first time ever, in 2020, there were more Civil marriages than Catholic marriages in Ireland. 42.1% of marriages were Civil, compared to 34.6% that were Catholic.

Yet most of the children of these couples will have to attend a state-funded school run by the Catholic Church, where they will be taught Catholic doctrine about marriage, including that marriage is only between a man and a woman.

Marriages by all traditional Churches, including Christian and others, are now an overall minority at 43.4%. This includes 42.1% Catholic, 1.2% Church of Ireland, and 7.6% other religions.