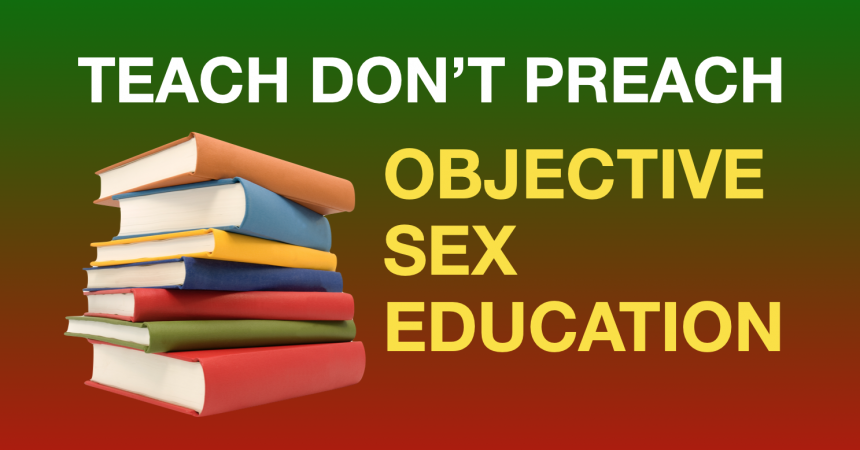 The Vice Chair of the INTO, Joe McKeown, said yesterday that the INTO would take steps to make sure that teachers are not disciplined or punished for a failure to use the Catholic sex education programme Flourish in schools.

And Tanaiste Leo Varadkar said today that inclusive and age-appropriate curricula for sex education, including an inclusive programme on LGBTI+ relationships, “is the Government’s policy and position, and it is what we expect to be upheld in publicly funded schools.”

However, both the INTO and the Government will have to face up to the problem that our laws allow school patrons, who are mostly Catholic Bishops, to influence the State curriculum with their own religious ethos, and to discipline teachers who do not uphold that religious ethos.

The Catholic Bishops have launched the new sex education course, which is to be taught in primary schools alongside syllabus Social, Personal and Health education (SPHE). The 1999 Primary School Framework also sanctions the integration of religion into all subjects.

Section 37 of the Employment Equality Act is still in place and teachers can be disciplined for refusing to uphold the ethos of schools. Under the Education Act 1998 the ethos of schools is set by the Patron, the vast majority of Primary schools in Ireland are under the control of the Catholic Bishops. In addition Department of Education policy is to integrate religion into all subjects under the curriculum.

In response to question from Jane Donnelly about Section 37 of the Employment Equality Act, Joe McKeown said:

“I can certainly say, Jane, in relation to that, that the INTO will be taking steps to make sure that teachers are not disciplined or punished for deciding not to use this programme.”

He added about the proposed course itself that:

“Groups such as ourselves will look at the resource in more detail and we will decide on a considered response… most teachers will choose not to use it, I think but that doesn’t invalidated the points made about the bigger issue, about the place of religion in our schools. ”

You can listen to that exchange here at 8.15 mins

Today in the Dail Roisin Shortall TD asked the following question of the Tanaiste:

“The Tánaiste may say that Catholic schools have an ethos, but sex education needs to be fact-based. Facts do not have an ethos. Can he tell me why, in 2021, RSE for Irish children is being developed by Catholic bishops and not the National Council for Curriculum Assessment? Why has the Minister for Education remained silent on this? What is the Government going to do to ensure pluralism in our schools and that we teach our children mutual respect?”

“The programme for Government is explicit on this and states that the Government will develop inclusive and age-appropriate curricula for RSE and social, personal and health education, SPHE, across primary and post-primary schools, including an inclusive programme on LGBTI+ relationships. That is the Government’s policy and position, and it is what we expect to be upheld in publicly funded schools.

As things stand, all schools have to have an RSE policy and that has to be developed in consultation with school management, parents, teachers and students, as appropriate. A school’s programme for RSE is developed and taught in the context of the school’s RSE policy. The ethos of the school should never preclude learners from acquiring knowledge about the issues involved, but may influence how the content is treated.”

This last phrase, about “how the content is treated” mirrors a statement made in 2018 at the Oireachtas Education Committee.

At that meeting the Department of Education acknowledged that because of the Education Act 1998 ethos can have an impact on the delivery of sex education and the resources used.

You can watch that exchange here

In essence teachers do not have a choice whether or not they teach Catholic sex education. If a school has a policy to teach Flourish then a teacher would be legally obliged to comply or face discipline.

Under the Education Act 1998 Boards of Management are legally obliged to uphold the ethos of the Patron. The Catholic Bishops are the patron of the vast majority of primary schools in Ireland.

Students and their parents should not have to depend on teachers challenging the ethos of a school in order to access objective RSE.