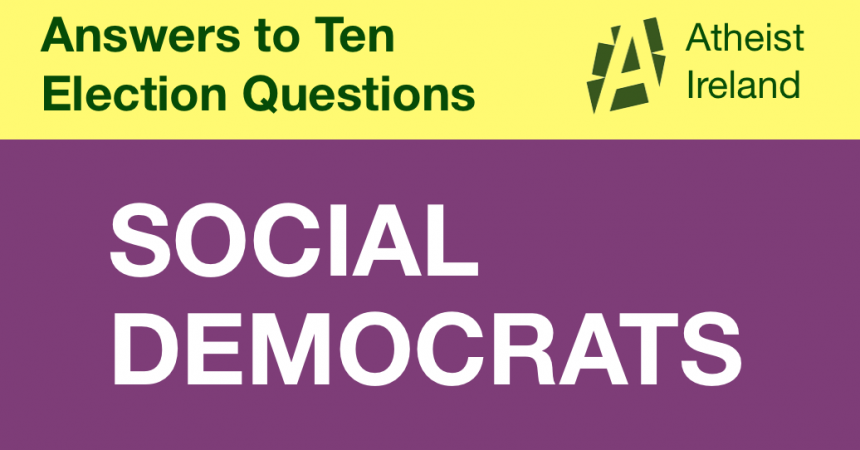 Atheist Ireland has asked political parties and candidates running in the General Election on 8th February to answer ten questions regarding secular issues. Here are the responses from the Social Democrats.

Social Democrats: Yes. We want to establish a Citizens’ Assembly to make recommendations to the Oireachtas on how to move towards an entirely secular education system.

Social Democrats: Yes. We want to remove ‘faith formation’ from the school day and provide it as an after school option.

Social Democrats: We are currently developing a policy on assisted dying and it is not included in our manifesto.

Secular Sunday #423 - One week to the election

Which parties have the most secular policies? Ten answers from the political parties