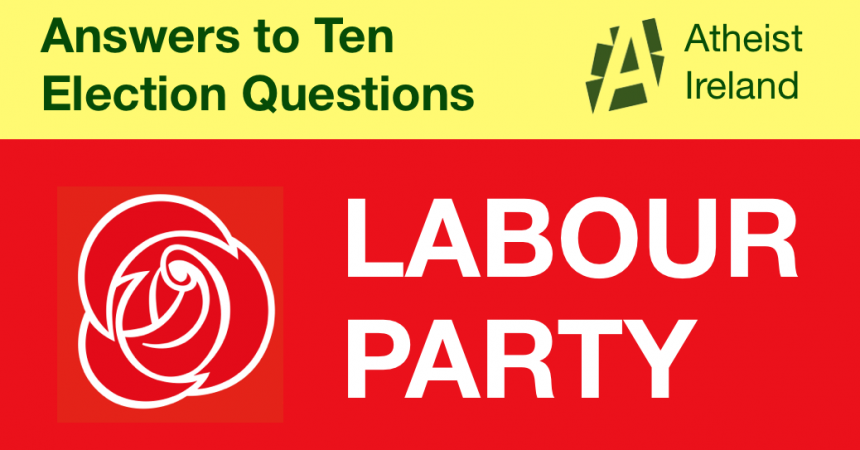 Atheist Ireland has asked political parties and candidates running in the General Election on 8th February to answer ten questions regarding secular issues. Here are the responses from the Labour Party.

Labour Party: The Party has not formally agreed a policy on this question, but Labour is in favour of a secular state that is neutral with respect to people’s religious beliefs.

Labour Party: The Party has not formally agreed a policy on this question, but Labour is in favour of a secular state that is neutral with respect to people’s religious beliefs. Publicly-funded schools or hospitals should not discriminate on the basis of religion.

Labour Party: The Party has not formally decided on a policy on this complex and sensitive issue.

Labour Party: All political third parties seeking to influence referendums or elections are regulated by the Standards in Public Office Commission (SIPOC).