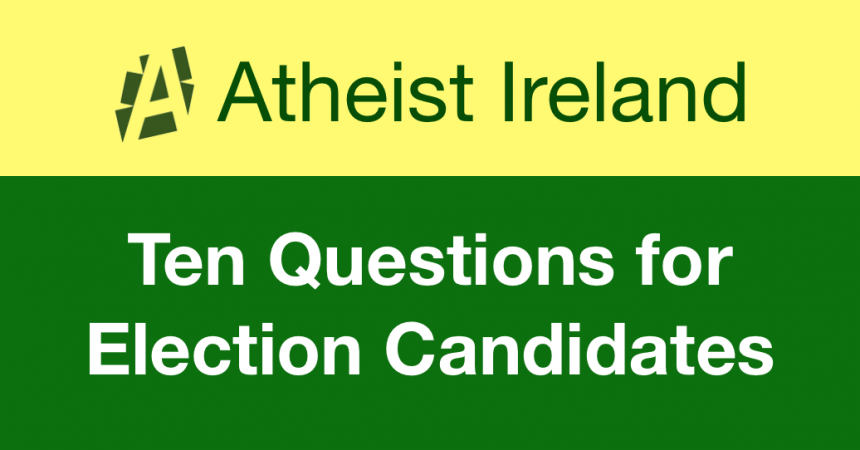 Atheist Ireland is asking the political parties and candidates, who are contesting the General Election on 8th February, to answer these ten questions about secular policies. We will publish the responses to assist you in deciding who to vote for.

Please ask your own local candidates these questions, either by contacting them directly or if they call to your door. You can download a PDF version of the questions here. Please let us know any responses that you get and we will publish them.

How a secular State protects us all