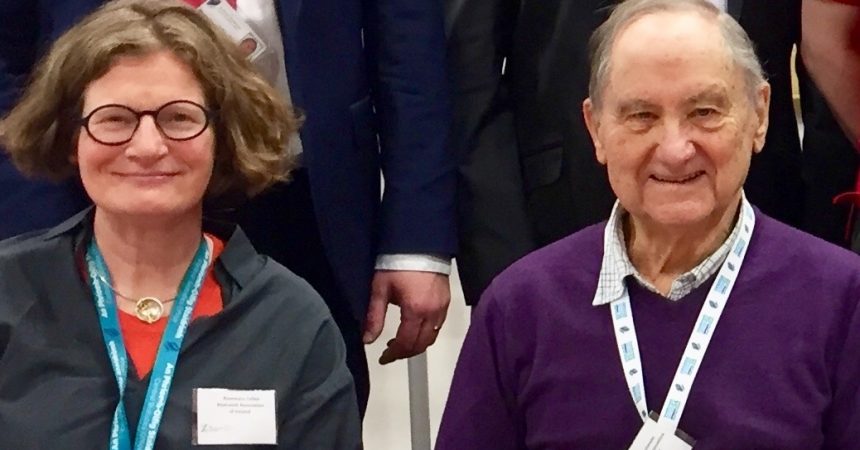 Our good friend Nic Johnson is nearing the end of his exceptional 85 years of life. He has spent most of those years promoting atheism, humanism, and secularism with passion and integrity. Before he moved to Ireland, he campaigned for abortion rights in America, during an era when campaigners promoted their message using sandwich boards rather than Twitter.

He joined the Humanist Association of Ireland when he moved here, becoming a committee member and chaplaincy director. He has also been an active member of Atheist Ireland since we were founded a decade ago. He is a familiar face at Atheist Ireland meetings, lunches, political campaigns, and our monthly information tables at the GPO in Dublin.

Nic’s political commitment to a more just society is matched by his empathy and compassion. He has always focused on the social and psychological needs of nonreligious people as members of a community. This is interspersed with his sense of humour, which he still maintains in hospital today, some of which we could not repeat here.

Nic and his wife Rose Mary have spent thirty loving years together. His son Tom and his daughter Lisa have travelled to Ireland to be with him this week, and we met his granddaughter Sofia when she came to our information table with Nic in November.

During and since the recent split within the HAI, Nic sought to protect its original ethos by promoting accountability and transparency. He directed the development of humanist chaplaincy work. He was the first to propose the solemnising of marriages by humanist chaplains, before the HAI took a different direction on that issue.

Nic worked alongside Atheist Ireland, on behalf of the HAI, in trying to get the religion question on the census changed to one that would give more accurate results. The census office staff were more than familiar with Nic’s persistence, and his skills as a statistician. The question will be changed at the next census, though not as radically as we would have liked.

Nic is a strong supporter of the right to assisted dying. He and Dick Spicer prepared a position paper on this and made a submission to the Irish Hospice Foundation. While he may not be able to avail of it himself, we are confident that his campaigning will help to ensure that other people will be able to avail of it in the future.

Nic is a great example of a veteran campaigner for secularism, who has maintained his passion and integrity over many decades. He has helped to change Ireland for the better, as reflected in the recent changes to the Constitution. And he has been an important part of the cumulative work that will result in more secular changes in coming years.

Thank you for everything, Nic. We love you and we are proud of you. 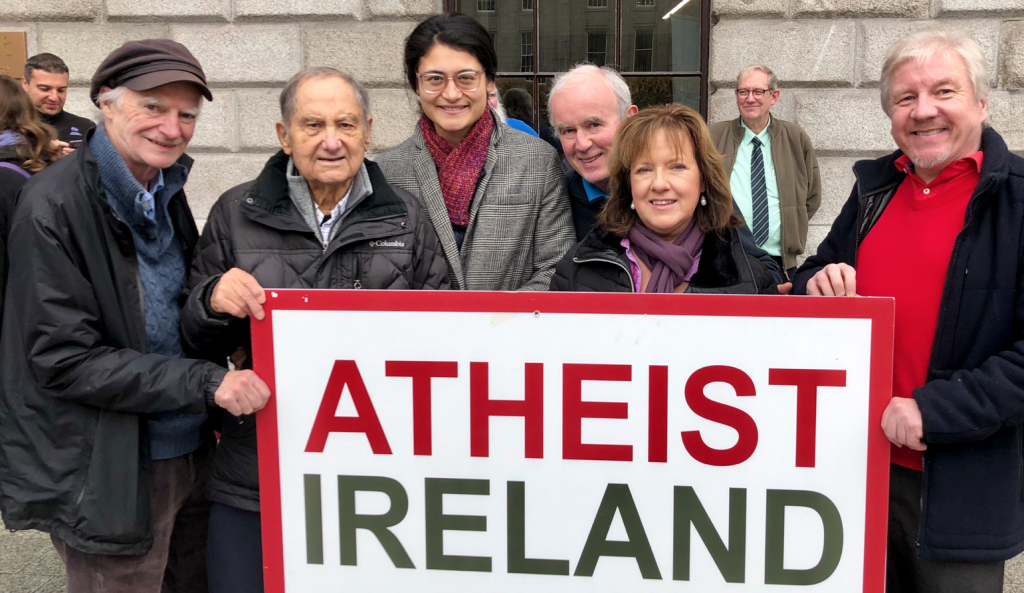 The Catholic Church, the HAI and Iona have all failed to register their political activity with SIPO