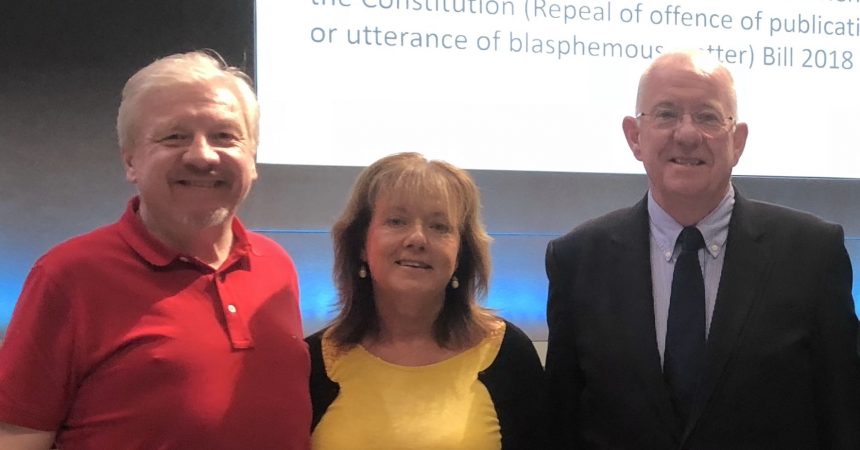 The Minister for Justice, Charlie Flanagan, has advised Atheist Ireland that the Bill designed to give legal effect to the outcome of last year’s blasphemy referendum has been forwarded from the Department of Justice to the Office of the Attorney General for formal Drafting.

It is called the Repeal of Offence of Publication or Utterance of Blasphemous Matter Bill 2019.

The General Scheme of the Bill does three things:

Atheist Ireland spent a decade lobbying for repeal of the blasphemy law with the Irish Government and Department of Justice, as well as at the United Nations, OSCE and the Council of Europe.

When this Bill is passed, we will have finally removed the medieval crime of blasphemy from our constitution.

Our laws will be able to protect people from harm, not protect ideas from criticism, and our media outlets will no longer have to self censor themselves.

We will no longer be breaching our international human rights obligations, as we have been told by the United Nations Human Rights Committee and the Council of Europe’s Venice Commission.

States that execute people for blasphemy will no longer cite the Irish law at the United Nations, to justify their repression of religious minorities.

Ireland was once a Catholic country. Today it is a pluralist country, which still has Catholic laws that we are gradually changing.

Secular Sunday #373 - The power of science