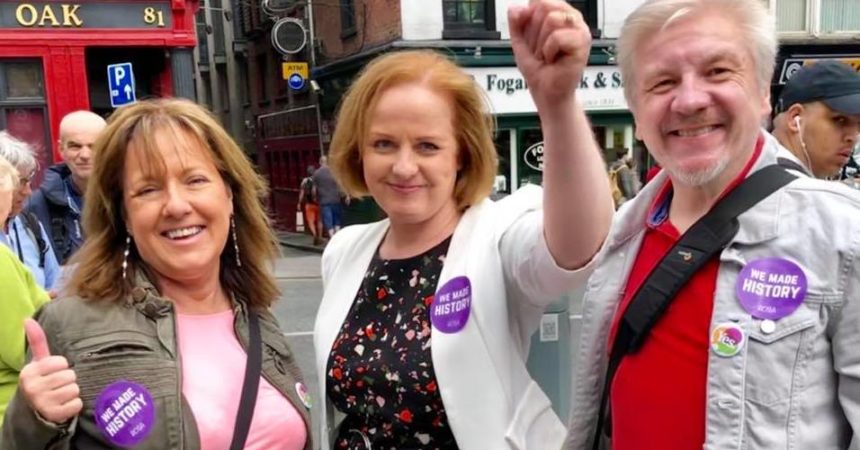 Solidarity today supported the Bill to hold a referendum to remove the offence of blasphemy from the Irish Constitution, and will be campaigning for a Yes vote in the referendum. Solidarity has formally proposed a removal of the blasphemy provision in their own Bill that they introduced in July 2017.

Before today’s debate on the blasphemy referendum, Solidarity also proposed amendments, that were ruled out of order, which would have allowed the people to also vote on other religious provisions in the Constitution, including the religious oaths for President, Judges, and members of the Council of State.

Ruth Coppinger said in the Dail today that the preamble of the Constitution refers to ‘Our Divine Lord Jesus Christ,’ that Article 6 states all power comes ‘under God,’ that we have religious oaths for the judiciary and presidency which inhibit non-believers taking those offices, and that Article 44 says the State acknowledges ‘public homage is due to Almighty God.’

Atheist Ireland is disappointed that these amendments were not debated. This means that, yet again, Ireland is to hold a Presidential election that excludes conscientious atheists, as to take office we would have to swear a religious oath. This breaches our human right to freedom of conscience and belief.

Ruth Coppinger added that these are provisions that give a green light to the State to impose and favour religion in public services and public spaces and we see this every day in health and education.

She said that there is a strong mood in Irish society for a separation of Church and State. The massive Yes votes in the Repeal the 8th Amendment referendum last May and in the Marriage Equality Referendum shows that there is public support for a secular State where people have personal freedom to make their own moral choices.

She said that there is strong support for taking education and health out of church ownership and control. We see this with the strong public support, especially among young people, for the delivery of factual and impartial relationships and sex education in all schools.

She concluded that Solidarity supports this Bill and will be campaigning for a Yes vote, but there is a need to go further and have a full separation of church and state, especially in our schools and hospitals.