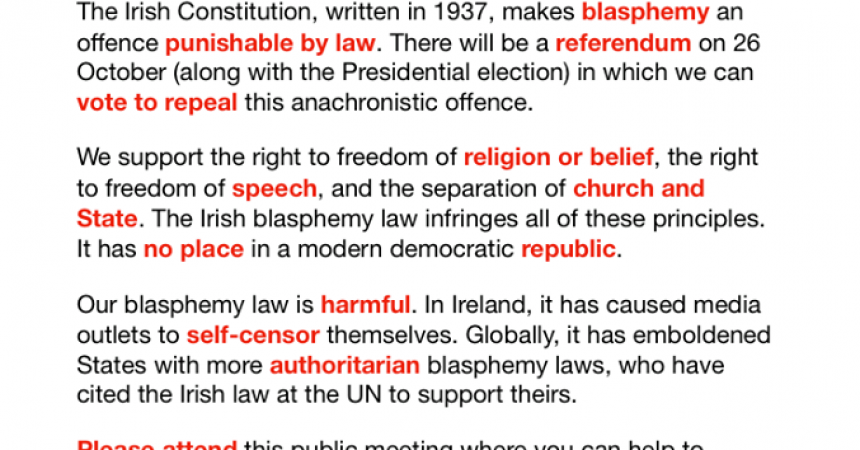 The Irish Constitution, written in 1937, makes blasphemy an offence punishable by law. there will be a referendum on 26 October (along with the Presidential election) in which we can vote to repeal this anachronistic offence.

Our blasphemy law is harmful. In Ireland, it has cause media outlets to self-censor themselves. Globally, it has emboldened States with more authoritarian blasphemy laws, who have cited the Irish law at the UN to support theirs.

Please attend this public meeting where you can help to shape the campaign to repeal this law. We will also hold other public meetings around the country, along with information tables, leaflets, canvasses, and a media campaign.