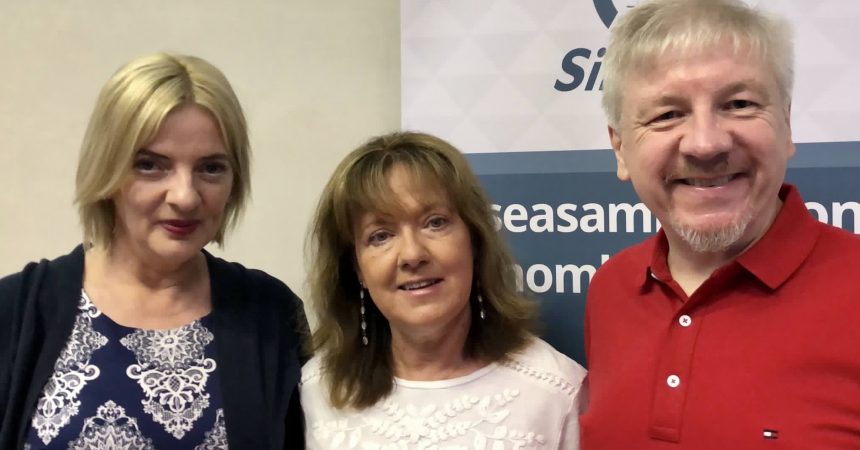 Jane made the case for ending all religious discrimination and privilege in Irish schools, in line with the lessons learned from the recent referendum result. She outlined the details of Atheist Ireland’s Schools Equality PACT, which covers Patronage, Access, Curriculum, and Teaching.

Here is the full text of Jane Donnelly’s contribution

My name is Jane Donnelly, I am the human rights officer from Atheist Ireland.

The religious discrimination in Irish schools is a scandal. No government has tackled it properly, instead either defending it or tinkering at the edges. The recent referendum result should fundamentally change that. Governments can no longer assume that even Catholic parents want their children educated into Catholicism.

The scale of the discrimination is unparalleled around the world. The Irish Education system is unique, Irish schools are State-funded but privately run, 90% by the Catholic Church. Religion is integrated throughout the school day. State-funded schools have the legal right to discriminate against children, parents and teachers on the grounds of religion.

Atheist Ireland runs a website called Teach Don’t Preach in which we document the discrimination and privilege and our campaigns to reform it. We have lobbied Irish and international politicians and human rights bodies.

Many Parents and students approach us for help as they really have no where else to go. If they approach the Dept of Education they are told that these types of complaints are for the schools themselves to deal with. Parents are left on their own dealing with private bodies who have exemptions in equality laws. Many of them are afraid to speak openly as they fear that their child will be victimised.

Atheist Ireland has an alliance with the Ahmadiyya Muslims and the Evangelical Alliance of Ireland. We are three groups with very different world views but we campaign together because our various communities are discriminated against on the grounds of religion in the education system. This discrimination undermines the human rights of parents and their children and makes us feel like second class citizens.

United Nations and Council of Europe

We have achieved 12 recommendations from UN and Council of Europe bodies saying that Irish schools breach human rights. But so far we have had less support from the European Parliament. Hopefully today can see the start of such support.

The various Committees at the UN and COE have said that the Irish Education system is discriminatory, breaches the right to freedom of conscience of those parents seeking secular education for their children, there is no effective remedy and breaches the right to equality before the law and equal protection of the law without discrimination of any kind. Ireland continues to ignore these Recommendations.

The Irish Human Rights Commission and the Ombudsman for Children have also recommended that our education system reflects the rights guaranteed under the various conventions that Ireland has ratified. Successive governments have ignored these recommendations.

The key to ending the religious discrimination in Irish schools is to tackle four areas at the same time. Atheist Ireland calls this The Schools Equality PACT. The word PACT is an acronym for the four areas that require change: Patronage, Access, Curriculum, and Teaching.

The P in Schools Equality PACT stands for PATRONAGE

Children have a right to attend inclusive public schools where human rights are guaranteed and protected.

Divesting some religious schools to new patrons will not achieve pluralism in education. The Oireachtas Education Committee has already agreed with atheist Ireland that multiple patronage and ethos can lead to segregation and inequality.

State-funded schools should have an inclusive public ethos, to respect everyone equally under Articles 42.1 and 42.3.1 of the Constitution. Moral education should be separate from religion, as per Article 42.3.2.

The State should not cede control of education to private patrons. Private ethos schools should be an optional extra, not the basis of the system.

In Ireland Parents and their children are left dealing with private bodies mainly religious, none of these bodies have ratified any UN treaty or the European Convention on human rights. It is nearly impossible to hold a private body responsible for breaching rights and especially when they are given exemptions to discriminate.

In order to guarantee the rights of all families in the education system the Education Act will need to be amended.

The A in Schools Equality PACT stands for ACCESS

Children have an equal right to attend their local public school

Children should have equal access to their local State-funded school, whatever their religion. The current Admission to Schools Bill will outlaw some of this discrimination, but it will still allow minority faith schools to discriminate.

More importantly, there is no point in having equal access to a school that can then lawfully discriminate against you, and evangelise you, once you get in. This Bill must be amended to also address the other three areas of the Schools Equality PACT.

It is hard to believe that in Europe religious minorities and the non religious did not have access to their local publicly funded schools without discrimination.

The C in Schools Equality PACT stands for CURRICULUM

Children have a right to an objective pluralist education.

Children should be taught the State curriculum, including teaching about religions and beliefs, in an objective, critical and pluralistic manner, as per the European Convention on Human Rights. Faith formation should be outside the school day.

This requires amending Section 15.2(b) of the Education Act, and the curriculum.

When Ireland appeared before the UN Human Rights Committee they were asked about access of children to a neutral studying environment outside the religious education class that they can opt out of. The State never responded to this question from the UN.

The T in Schools Equality PACT stands for TEACHING

Teachers have an equal right to work in state-funded schools

Children should be taught by the best teachers, and teachers should have equal access, based on merit, to jobs in State-funded schools. Section 37 of the Employment Equality Act allows schools to discriminate against teachers on the ground of religion.

The UN has Recommended that minorities should have access to the teaching profession. They have said that denying minorities access to the teaching profession is discrimination. Unfortunately the European Employment Equality Directive gives an exemption to Ireland to continue to permit private schools to discriminate on religious grounds. Ireland specifically lobbied for this exemption, and got it.

The religious discrimination in Irish schools is a scandal. No government has tackled it properly, instead either defending it or tinkering at the edges. The recent referendum result should fundamentally change that.

The key to ending the religious discrimination in Irish schools is to tackle the four areas of Atheist Ireland’s Schools Equality PACT: Patronage, Access, Curriculum, and Teaching.

We have achieved 12 recommendations from UN and Council of Europe bodies saying that Irish schools breach human rights. But so far we have had less support from the European Parliament. Hopefully today can see the start of such support.

Secular Sunday #336 - Everything has changed