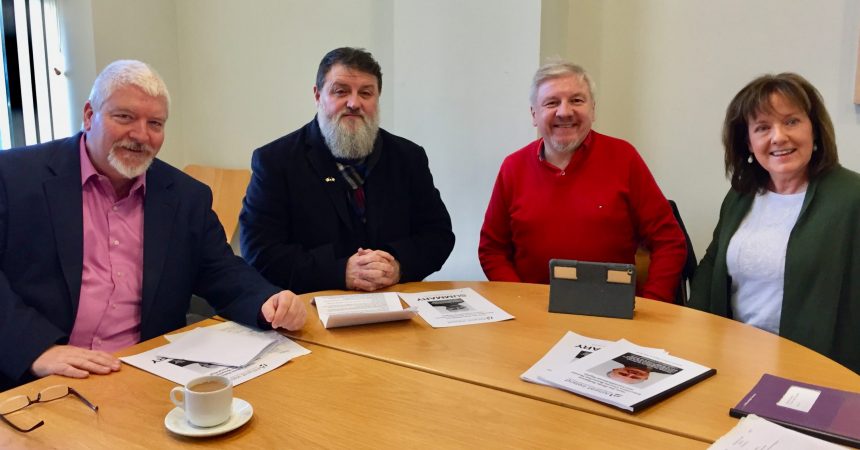 Atheist Ireland, the Evangelical Alliance of Ireland, and the Ahmadiyya Muslim Community of Ireland, welcome the first part of this announcement. Despite our very different world views, we campaign together for a State-funded secular education system that respects equally everybody’s constitutional and human rights in our schools.

This welcome development is part of a pattern of Irish Governments starting to address the breaches in our schools of the rights of secular and minority faith students. Recently, as a result of our intensive campaigning over many years on a human rights basis:

However, these welcome developments on their own will not end the breaches of constitutional and human rights in our schools. Contrary to caricature slogans, this issue is not about baptism certs. It is about changing the culture of our schools. It is about respecting the fundamental human rights principle of the right to equal participation in all aspects of State-funded schools for all children, regardless of the religious or nonreligious beliefs of their parents.

The first part of this plan could form part of making that happen, if accompanied by other legal changes. But there is no point in getting equal access to a State-funded school that is then allowed to discriminate against you and evangelise you once you get inside. And there is no point in just fine tuning religious discrimination by allowing some minority religions to continue to discriminate in ways that people of other religious or nonreligious beliefs can not.

Instead, the Government should protect the Constitutional and human rights of the real religious minorities: individual parents, children, and teachers, regardless of their religious or nonreligious beliefs.

But it can only succeed in doing this if the Government also removes the right of school patrons to evangelise inside the schools (including by integrating a religious ethos throughout the whole school day, and discriminating against teachers on the ground of religion) and if the Government instead ensures that pluralism is promoted within the schools. Also, the proposals should apply equally to second level schools as well as primary schools.

This package requires outright repeal of section 7(3)(c) of the Equal Status Act in respect of publicly-funded primary schools, which relates to discrimination in access; and amendment of Sections 9(d), 15(2)(b) and 30(2)(b) of the Education Act 1998, which relate to discrimination based on school ethos, which have been identified as problems by the NCCA in 2017, and which were proposed by Solidarity in its Equal Participation in Schools Bill 2016.

The discrimination by Catholic schools is by far the most damaging aspect of religious discrimination in Irish schools. But no child should have to attend any religious school except by explicit parental choice, and minority faith schools should not be allowed to discriminate against others in a geographical location where no other viable non-Catholic option exists for parents.

Atheist Ireland, the Evangelical Alliance of Ireland, and the Ahmadiyya Muslim Community of Ireland, are working for a State-funded secular education system that respects equally everybody’s constitutional and human rights in our schools. We also agree that parents have the right to educate their children consistently with their religious beliefs.

The Irish Human Rights and Equality Commission has already made the wider point that we are raising, by asking the Government to amend the Admission to Schools Bill to ensure the religious discrimination in access is removed and that the State curriculum is delivered in an objective, critical and pluralist manner. The IHREC Recommendations to the Minister on the issue are:

“The Commission recommends that the Equal Status Act be amended to give effect to the Principle that no child should be given preferential access to a publicly funded school on the basis of their religion.”

“The Commission recommends that the new section 62(6) to be inserted into the Education Act should be amended to the effect that, in setting out the characteristic spirit and general Objectives of the school, outside the specific context of faith formation and religious Instruction which parents wish to avail of and where exemptions apply, regard shall be had to providing information in relation to religion in an objective, critical and pluralistic manner that avoids indoctrination, in accordance with the jurisprudence of the European Court of Human Rights.”

Secular Sunday #332 - Less than three weeks to repealing the eighth

The Long Road to Repeal