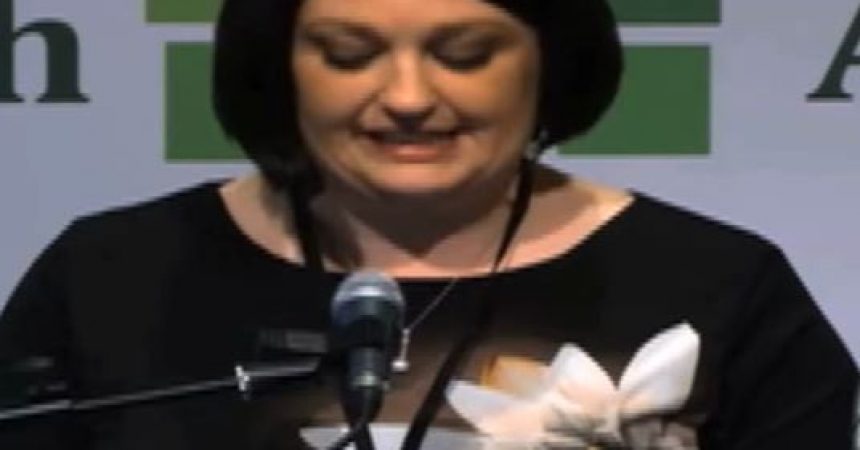 What Does The Bible Say About Abortion?

On 5th March 2017, Ashling O’Brien addressed the Citizen’s Assembly on the question of abortion. The paper on which Ashling’s presentation was based, makes it clear that the 8th Amendment to the Irish Constitution was religiously inspired. It is interesting to wonder though, by which revelation was it made known to the Roman Catholic Church that heaven does not approve of abortion? Is there a divinely inspired scripture, through which the word of god explained to humanity that life begins at conception? Starting at the start, the Book of Genesis seems to suggest that life begins with the first breath:

“… then the Lord God formed man from the dust of the ground, and breathed into his nostrils the breath of life; and the man became a living being.”

However, there is another passage of the Bible that deals more explicitly with abortion. In the Catholic Bible, the Old Testament includes both the Law and the Prophets. The first five books constitute the Law (containing many proscriptions described by Moses) and then this is followed by the Prophets (containing many more books from Joshua onwards). The fourth book of the Law is Numbers, and it contains the Test for an Unfaithful Wife: 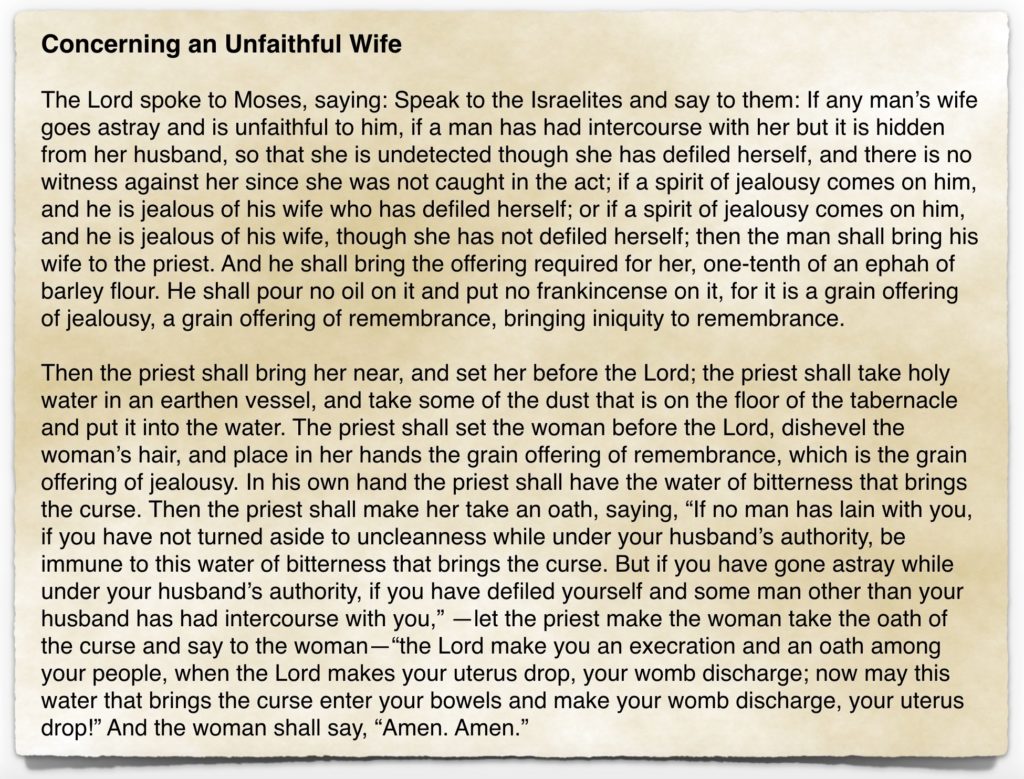 These verses appear to describe explicit divine support for abortion. In fact, the context in which it seems that Yahweh approves of abortion, is when a husband wishes to force his wife to terminate a pregnancy (even against her will) if he suspects he may not be the biological father. It’s often said that such Old Testament proscriptions are superseded by the New Testament, but of course Jesus also said:

Various Christian theologians of several different denominations, have argued that this passage from the Book of Numbers still does not suggest that it is permissible for a woman to procure an abortion. Rather, it has been argued that since the passage describes a “Trial By Ordeal”, it is god and not the woman who terminates the pregnancy, and god will only do this if the woman has been unfaithful.

Dr Robert M Price is a Biblical scholar and theologian, who holds two PhDs that relate to scriptural studies, and he has summarised such apologetics as follows on his podcast, The Bible Geek:

“In more liberal critical commentaries, whether Catholic or Protestant, they try to ameliorate the offence of this by saying that though this law is based on an archaic ‘Trial By Ordeal’, it has been taken by the Priestly author and made into a more spiritual version. This is because, as one commentator puts it, the punishment comes from Yahweh. To me, that makes it even worse. It’s no longer superstition. It’s a vengeful deity visiting punishment on the innocent.”

That is, it does not seem to improve the Bible by arguing that scripture prohibits women from procuring an abortion, only because it is Yahweh who should carry out abortions when a husband wishes to force one on his innocent wife. You can hear more of Dr Price’s views about this passage on Episode 17-049 of his podcast (the impersonation is explained by the fact that Billy Graham was Dr Price’s commencement speaker).

In conclusion, neither the idea that life begins at conception nor the idea that god opposes abortion, are well-supported by scripture. In fact, if supposedly divine and inerrant scripture is taken seriously, precisely the opposite is true. It is hardly surprising then that several Christian denominations and many Christian leaders, take a different view from the Roman Catholic Church on this topic. For example, the Church of Ireland Bishop of Cashel, Michael Burrows, has already announced that he will be voting to Repeal the 8th Amendment.

Secular Sunday #329 - Sex Education Bill in the Dail this Wednesday