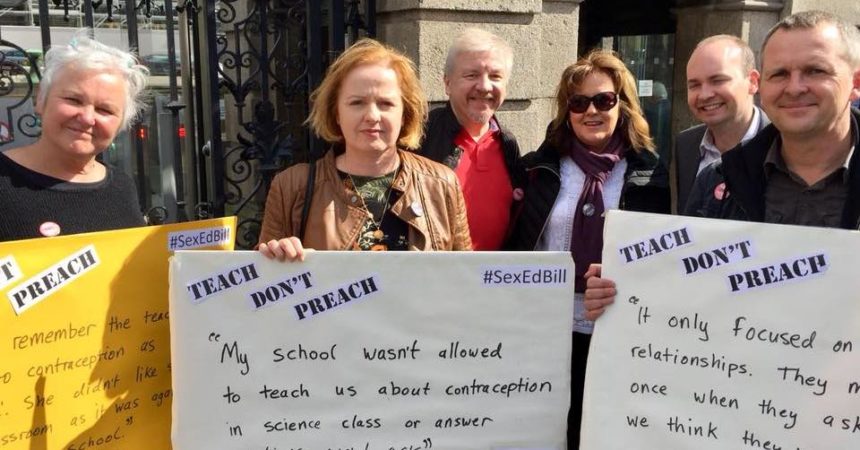 Atheist Ireland is delighted that Solidarity’s Objective Sex Education Bill has passed its first vote today in the Dail. It will now go on to be debated at Committee stage.

Along with our allies in other groups who support this Bill, we will now lobby members of the Oireachtas Education Committee to ensure that the Bill passes the further stages required to become law.

The Bill is supported by Atheist Ireland, the Rape Crisis Network, the National Women’s Council, the Irish Family Planning Association, LGBTQI+ advocacy group ShoutOut, and the Union of Students in Ireland.

We are pleased that Fianna Fail have listened to the merits of our arguments, and to those of the many other people who also contacted them last night and this morning.

Fianna Fail said yesterday that it would oppose the Bill because the content of the curriculum should be decided by the NCCA rather than by legislation.

Without the change in the law that this Bill proposes, it does not matter what the NCCA decides, because the NCCA has no legal power over how the curriculum is delivered.

Solidarity’s Bill will guarantee that all children in Irish schools have access to objective relationship and sexuality education, without religious influence.

It is not in the common good to let private bodies, the vast majority Roman Catholic, deliver sex education only through their own ethos in order to promote and evangelise their own mission.