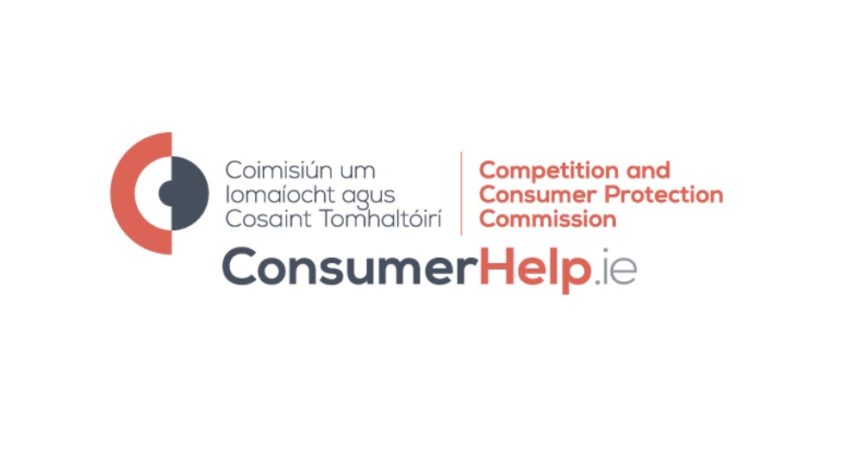 Atheist Ireland has written to Bishop Brendan Leahy, as part of efforts to ensure that there is a competitive market for school books in Ireland, which operates in the best interests of consumers. A competitive market is required to ensure that thousands of parents and guardians are not paying excessive prices to the Catholic Church every year, for the books that are used in Catholic schools.

Competition law makes it illegal for the dominant provider in any market to limit that market to their competitors. For example, Veritas is the dominant provider of religious instruction text books in Ireland. On 21st March 2017, the President of Veritas Bishop Brendan Leahy, wrote to Catholic schools instructing them that only Veritas books had been approved by the Catholic Church, and that they should only use religion books that had been approved in this manner (Veritas is fully owned by the Catholic Church). This letter was written shortly after a competitive religion book had been published by CJ Fallon, such that the letter had the potential to limit the market to that competitor. This could be prejudicial to the interests of consumers, who were then obliged by the President of Veritas to buy the more expensive Veritas publications for the school year beginning September 2017. Atheist Ireland is keen to ensure that this situation is remedied for the school year beginning September 2018.

Following a complaint from a member of Atheist Ireland, the Competition and Consumer Protection Commission (CCPC) wrote to Bishop Leahy in order to outline their concerns. An extract of that letter from 27th October 2017, is illustrated below.

Letter from CCPC to Bishop Leahy on 27th October 2017

The CJ Fallon Friends in Faith series that was published shortly before Bishop Leahy wrote to Catholic schools, is substantially cheaper than the Veritas Grow In Love series. For example, the CJ Fallon book for 3rd class costs only €9.95, while the equivalent Veritas product costs €12.99. However, rather than enjoy a reduced cost for school books, Irish parents must continue to pay more than 30% extra to Veritas, as the President of Veritas has instructed Catholic schools that they can only use the Veritas books.

This price differential of more than 30% is not normal within the publishing market for Irish school books. For example, we can look at how English books for 3rd class compare. Spellbound published by CJ Fallon for 3rd class costs €7.25, while Spellbound published by Folens for 3rd class costs €7.70. This is how a competitive market should work in the interests of consumers, with rival publishers seeking to offer the most competitive prices. Of course, not all directly competitive products are so closely priced and CJ Fallon is not always the cheapest product. For example, Bran Teasers Mental Maths 6 published by CJ Fallon is priced at €8.40, whereas Mental Maths Challenge 6 published by Folens is priced at €7.10. However, it is difficult to find a direct like-for-like product comparison between school book publishers, where the price differential is as large as that in the Veritas case. If a dominant provider in any market excludes their competitors, so that they can continue to extract inflated prices from consumers, then they will have breached competition law.

Consequently, Atheist Ireland has now written to Bishop Leahy in order to clarify the meaning of his letter. The plain meaning of the text seems easily comprehensible and explains why Catholic schools would have chosen to use the Veritas books in September 2017. That is, while the equivalent CJ Fallon publications were already available in the market and much cheaper, the letter from Bishop Leahy required schools to use the much more expensive Veritas books. An extract of the Atheist Ireland letter to Bishop Leahy is provided below. 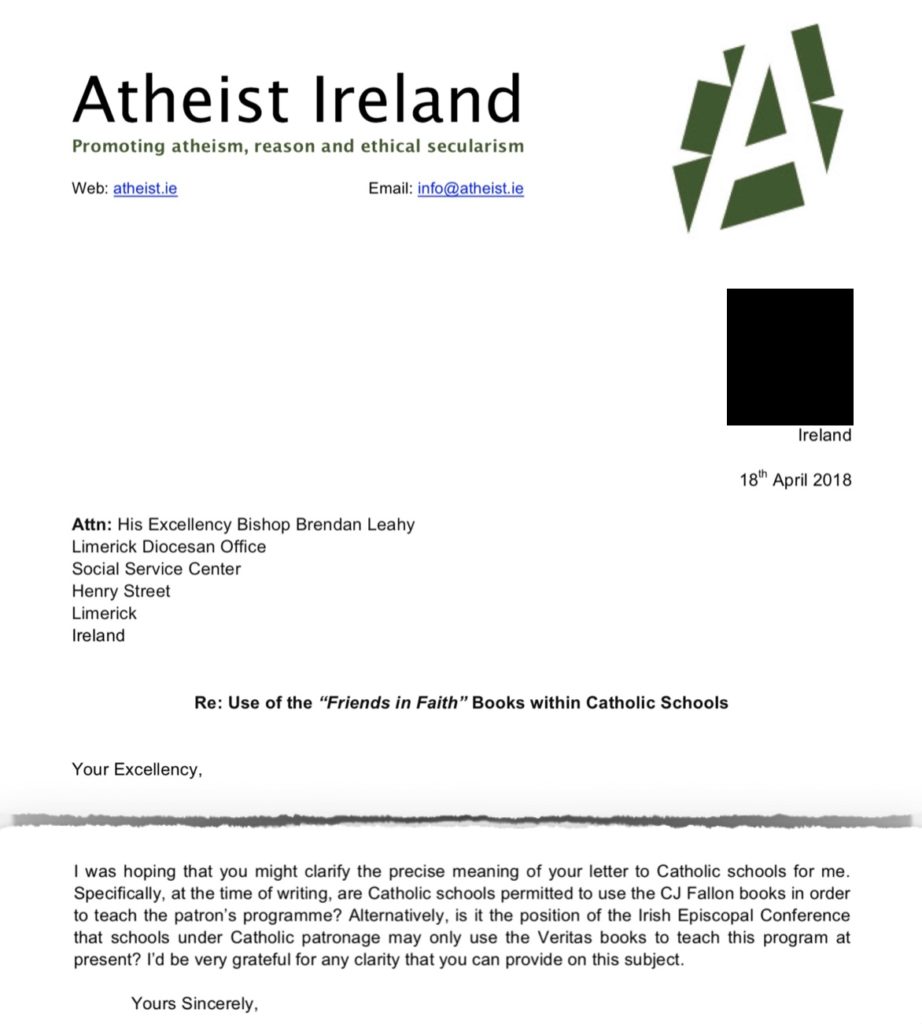 The import of this issue is becoming quite pressing. As we progress through the final term of the current school year, schools are already informing parents and guardians about the school books that must be purchased for September 2018 and the associated costs. Since the purchase of school books is compulsory, the only protection that parents and guardians have from being charged excessive costs, is that competition in this market works effectively. This has clearly not been the case with respect to religion books. It is hoped that Bishop Leahy as President of Veritas, can ensure that the interests of consumers are protected in September 2018, to a greater degree than was the case in September 2017.