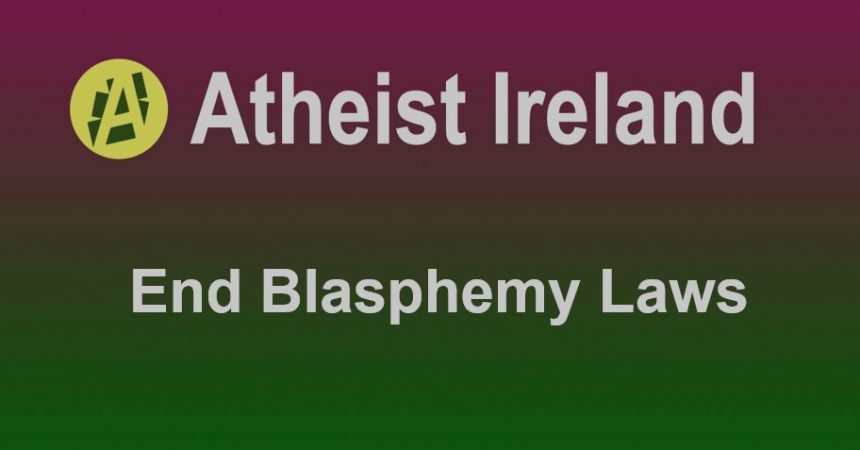 The Gardai are reported to have decided to not proceed with the Stephen Fry blasphemy investigation. The reported reason for this decision is even more dangerous than a prosecution would have been.

The Gardai have not denied that the comments were grossly abusive or insulting in relation to matter held sacred by a religion.

Instead, the reported reason is that the Gardai failed to find a large number of people outraged by the comments.

This creates an incentive for people to demonstrate outrage when they see or hear something that they believe is blasphemous.

It also shows that the police take our blasphemy law seriously, as indeed they should do, regardless of the nod and wink attitude of our legislators.

We don’t know when the next investigation might happen, or what the outcome might be. But we know that it will have to involve a large number of people demonstrating outrage.

We have already seen around the world what can happen when large numbers of people demonstrate outrage about cartoons that they consider blasphemous.

Atheist Ireland specifically warned of this outcome when the law was first passed in 2009.

We should be encouraging people to behave more proportionately when they see or hear something they find offensive, not creating incentives for large numbers of people to demonstrate outrage.

A referendum is now urgently needed

This investigation has highlighted the absurdity and dangers of the Irish blasphemy law, and the urgent need for a referendum to remove the offence from our Constitution. Successive Governments have committed to holding one, but they have not yet done so.

But formal prosecutions are only half of the problem. Many media outlets are already self-censoring themselves from publishing material that might even be considered possibly blasphemous, because they simply don’t want to get into legal challenges.

Internationally, this investigation has emboldened Islamic States who argue that western countries are hypocritical in telling them to end their blasphemy laws, which impose the death penalty. And it has further embarrassed Ireland among modern democracies.

Until we have a referendum, this absurd and dangerous law will remain part of the background noise of religious interference in Irish public life, along with the daily Angelus on RTE, and last weeks Dail vote to force TDs to stand for Christian prayer every day.

It is no wonder that such a Parliament has given the Catholic Church control of most of our State-funded schools and hospitals, and now has plans to give it another €300 million National Maternity Hospital. We need to completely separate Church and State.