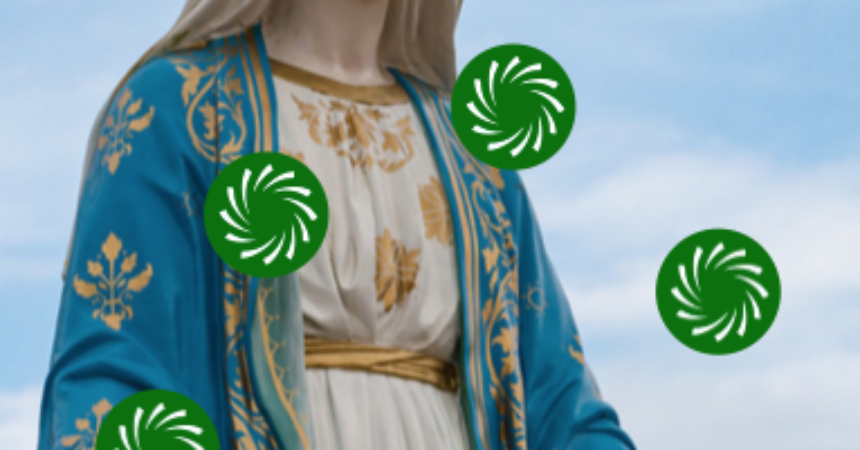 It has become clear over the last week that the Minister for Education is supporting ETB Community National Schools. We are very concerned about the establishment of Community National Schools at primary level, given the record of ETBs in relation to the teaching religion at second level, and the amount and type of complaints we receive from parents. Many ETBs at second level make religion compulsory, and if parents do manage to opt out their children they cannot choose another subject.

CNS schools were established to have Faith Formation during school day

When the Community National Schools were introduced in 2007, the then Minister Mary Hanafin issued a press release and stated the following:

“The Community National Schools will be open to all children in a Community but they will provide for Religious Education and Faith Formation during the school day for each of the main faith groups represented… A general ethics programme will also be available for children whose parents opt for that, and the schools will operate through an ethos of inclusiveness and respect for all beliefs, both religious and non-religious.”

The above is the published press release of the agreement, in relation to Religious Education and Faith Formation and ethics classes in the new Community National Schools. We have not been informed that this agreement has been scrapped, or that the Catholic Church have agreed to not have religious education and faith formation in these schools.

CNS now says there is no Faith Formation during school day

Think about this. Do you really think that the Catholic Church would enter into an agreement with the State, that the religious formation of children from Catholic families would only take place for ten hours per year? That is what the Community National Schools are trying to have us believe.

In denominational schools with a Catholic ethos, the religious formation/instruction class takes place for two and a half hours per week. In the Holy Communion year, a lot more time is given over to preparation for this ritual as well. In addition, denominational schools integrate religion into the curriculum and the Church has said that if this is not guaranteed in State schools then it will put the faith of Catholic children in peril.

Are we really meant to believe that the Catholic Church has agreed to just ten hours per year for specific sacramental preparation, which is faith formation, and which parents can opt out of under the Constitution?

In addition, there is also the issue of the hiring of teachers in these schools. We will explore that topic in another article.

In a recent twitter exchange, the CNS also said that there is no faith formation, but “belief specific teaching,” and that ” faith formation happens at home and in faith communities.”

New CNS claims are contrary to Freedom of Information Documents

The above claims are completely contrary to what was stated in the Documents that Emma O’Kelly from RTE got under the Freedom of Information Act.

In CNSFOI 2010_86_Record 136-2 got by RTE under FOI dated 8.06.09, which was a report on the meeting to decide on how to communicate to parents of children in the Community National Schools the changes in the delivery of the multi-belief programme, it was stated that:

Another CNS foirecord139 stated that the Catholic programme must be offered as part of the multi-belief programme, as otherwise there will be a fragmentation of the individual classroom groups.

“It was noted that Co. Dublin VEC had met with the Manager and Principals of the schools to discuss how to communicate to parents of children in the CNSs the changes in the delivery of the multi-belief programme necessary to accommodate the Minister’s commitment to the Catholic Bishops in relation to the teaching of catholic children.

A note of the meeting as circulated is attached. The conclusion reached is that, unless the Catholic programmme can be offered as part of the integrated multi-belief programme, there will be a fragmentation of the individual classroom groups which would be at odds with the ethos and principles of the schools, and which would also have significant organisational and resource implications. It was agreed to explore these issues furher before communicating with parents.”

So the State and ETBI/CNS are now using the term “belief nurturing”, to hide the fact that there was faith formation happening during the multi-belief programme Goodness Me Goodness You.

“There are still “significant numbers” of people who want some form of “belief nurturing” according to the general secretary of the newest model of national school patronage which the Education Minister spoke highly of last week.

“There is still a very significant portion of Irish society who want their children to have the sacraments (taught in national schools). This is being ignored by people who live in mainly large urban centres, but throughout provincial Ireland, in particular, there is a demand for the tenets and basics of the core of Catholic religion and sacraments,” Michael Moriarty, General secretary ETBI, told CatholicIreland.net…

He said he sees no problem in separating children of various beliefs for the period when they are learning about their own specific beliefs, for example, the Catholics will undertake a special programme to prepare for the sacraments of Communion and Confirmation… Teachers in these schools deliver the belief programmes but faith leaders of any denomination or religion are also welcome in the school.

Michael Moriarty told CatholicIreland.net that he believes that this type of school is the next best thing to a school under the patronage of a church – Catholic or any others. “There is a comfort for the Catholic church that the school will provide ‘belief nurturing’ to Catholic students as well as others,” he said.”

Terms such as “belief nurturing”, faith formation etc., are not legally defined, and various bodies take different meanings from them. The Minister for Education and the ETBs have not written down the definition of these terms, to enable parents to be clear about their rights. Parents are not informed that they can opt their children out of “belief nurturing”, and the Community National Schools have no written policy position on this.

“On the specific issue of faith and belief nurturing, the philosophy of the Community National School as a multi-denominational school is based on international best practice in this area, and on each child better understanding and ultimately celebrating both their own and their friends’ religious and cultural identities. “

Forum, Toledo and Catholic Church do not refer to “belief nurturing”

One of the reasons for thinking that “belief nurturing” is just a made up phrase to cover up the fact that there is faith formation during the Goodness Me Goodness You Course, is that the Report the Forum on Patronage and Pluralism did not refer to “belief nurturing” at all. They simply never used those terms in their report, and they did refer to the Community National Schools.

The report speaks of religious education, religious instruction, faith formation, “education about religions and belief systems” and ethics. No definition of these terms is given so it is unclear what philosophy of education underpins their use in the document. Care needs to be taken that the report uses such terms in a manner that parents would recognise. We believe that parents who are committed to a religious world-view expect that Religious Education should introduce their child to that same world-view.

It became clear at the forum sessions in June that all Patrons want to provide some form of programme with regard to religion and ethics. Such a programme could take a phenomenological approach as happens in many secular schools across Europe where children are introduced to religions as one datum among many others. The phenomenological approach is useful but it is very limited from a faith-based perspective. It amounts to education about religions and beliefs rather than education into and from religious faith.”

We can take from the above that the Catholic Church would not have agreed to a course for all children, if it was teaching about religions and beliefs, delivered in an objective, critical and pluralistic manner and in accordance with human rights law.

We believe that the language in relation to the teaching of religion in Community National Schools is being manipulated, to try to confuse parents into signing up to a State school that will not protect their Constitutional and Human Rights, and where they cannot opt out of religion. There is no policy in the Community National Schools that informs parents that they can opt their children out of “belief nurturing” and religious ceremonies and festivals.

The European Court has found that the State must ensure that the State curriculum is delivered in an objective, critical and pluralistic manner. Parents can opt their children out of any teaching that is not neutral and objective.

They also referred to what is termed differentiated teaching within the school curriculum, which they found was not consonant with the parents’ right to respect for their convictions for the purposes of Article 2 of Protocol No. 1, as interpreted in the light of Articles 8 and 9 of the Convention.

The European court has also found that parents are not obliged to reveal their religious or philosophical convictions to the school authorities, and not to be compelled to assume a stance from which it may be inferred whether or not they have such beliefs.

“The Court observes that information about personal religious and philosophical conviction concerns some of the most intimate aspects of private life. It agrees with the Supreme Court that imposing an obligation on parents to disclose detailed information to the school authorities about their religions and philosophical convictions may constitute a violation of Article 8 of the Convention and, possibly also, of Article 9.”

What we hope we have done with this article is show the inconsistencies and the manipulation of language that is being used to promote Community National Schools. We believe that this is done to make them more palatable, and to give the impression that they are something new, when it is just more of the same but with a change of language. Already these schools have a history of hiding information, as RTE had to use the Freedom of Information Act to get information on their establishment.