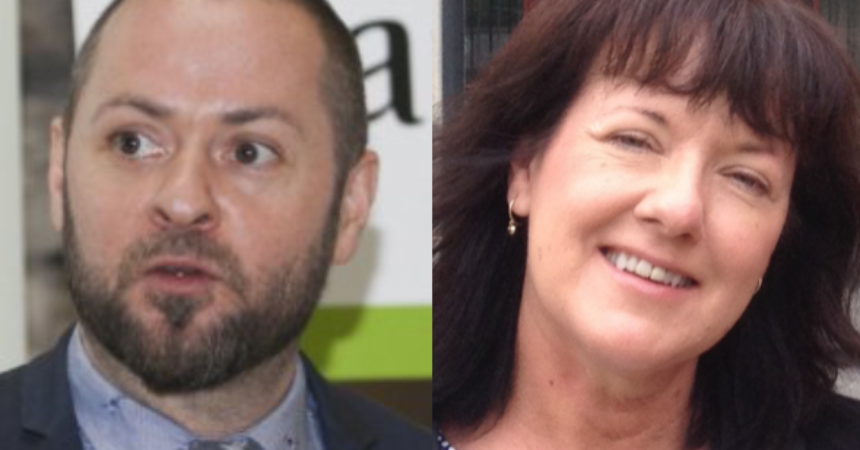 TV3’s Ireland AM has invited and then removed Jane Donnelly, Human Rights Officer of Atheist Ireland, from an interview this Tuesday morning about the Baptism rule in Irish schools. TV3 told Atheist Ireland that Michael Barron of Equate had issued TV3 with an ultimatum that Equate would not appear on the show if Atheist Ireland was also represented.

Equate had said the Minister’s announcement represented a great day, while Atheist Ireland had said it would strengthen religious discrimination. TV3 said that Equate did not want their position to be contradicted on air by Atheist Ireland. On that basis, TV3 removed Jane Donnelly from the show, and replaced her with Seamus Mulconry, the General Secretary of the Catholic Primary Schools Managers Association.

Jane Donnelly would have been representing the views of the unique secular schools alliance of Atheist Ireland, Evangelical Alliance Ireland, and the Ahmadiyya Muslim Community of Ireland, as she did last month when she addressed the Joint Oireachtas Education Committee on this issue.

Atheist Ireland has been working on the ground for years to advance secular education, in Ireland and at the United Nations, Council of Europe, OSCE and elsewhere, studying and actively challenging the nuances of the religious discrimination in Irish schools. Jane Donnelly runs Teach Don’t Preach, Ireland’s most comprehensive secular education resource.

Here are some important points about the sequence of events. TV3 telephoned us and invited us to provide a guest to be interviewed. TV3 arranged and confirmed the interview with Jane Donnelly. They had not just provisionally pencilled it in. We have this confirmed in writing, including the time of arrival and time of broadcast.

When TV3 then went along with Equate’s ultimatum to remove Jane Donnelly from the show, we reminded them of their broadcasting duties to be editorially objective, impartial and fair to everyone. TV3 accepted that we had a point, and said that they would reconsider and ring us back.

TV3 rang us back and said that the reason for giving in to Equate’s ultimatum was that they had to have the authors of the report on the show. We explained that the news story of the day was not that Equate had authored a report, but that they had hosted a meeting at which the Minister for Education had announced plans regarding the Baptism rule.

Despite getting this new information, TV3 declined to revert to its original decision of interviewing Jane Donnelly alongside Michael Barron. We then made a further attempt to resolve the matter without having to make a formal complaint, but TV3 again confirmed that it would not be reverting to its original decision to interview Jane Donnelly alongside Michael Barron.

We fully understand the practicalities of television production, and we recognise that guests and items can change during the day as a programme is being planned. Indeed, we deal amicably with this reality on an ongoing basis. However, the nature of this decision was different. It was made because of a partisan political ultimatum, and maintained despite getting new information.

Atheist Ireland will therefore be making a formal complaint to TV3 about its failure to adhere to its broadcasting duties to be editorially objective, impartial and fair to everyone. When we make this formal complaint, we will address all of the communications between TV3 and us on the issue.

International funding of political campaigns against sexual and reproductive rights