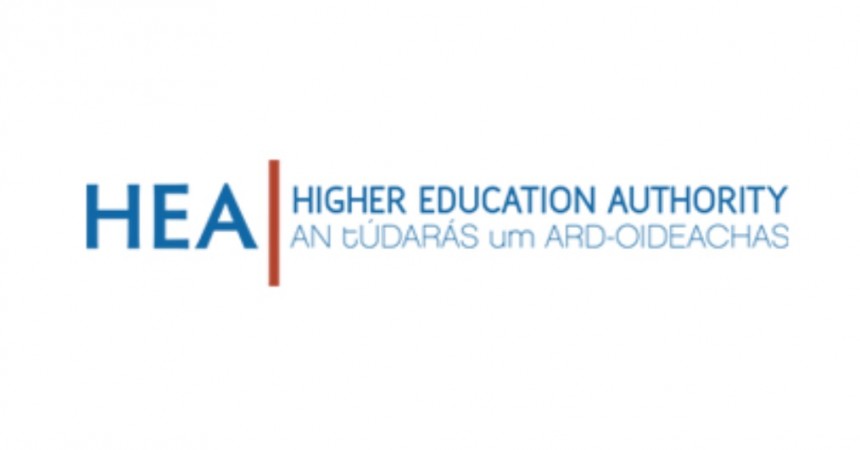 At the request of the Comptroller and Auditor General (C&AG), the Higher Education Authority (HEA) has arranged a presentation from Atheist Ireland in relation to the probity of contracts awarded to the Roman Catholic Church by third level colleges. New information has been provided to the HEA by Atheist Ireland during this presentation. The HEA has also confirmed that their own investigation validated the accuracy of the very large sums of money involved, which were previously quoted by Atheist Ireland. Today, the Irish Times has reported that the total public funds award to Roman Catholic bishops without tender, exceeds €1.5M per annum. The HEA investigation took place as a direct result of Atheist Ireland submissions to the Department of Education and Skills and the Joint Oireachtas Committee on Education and Social Protection.

During 2015, Atheist Ireland submitted a detailed series of requests under the Freedom of Information Act, to the Institutes of Technology in Ireland. Those requests related to the funding of chaplaincy services in the colleges. What was discovered was a wholesale breach, across the vast majority of colleges, of public sector appointment rules and the Employment Control Framework criteria. Instead of selecting the best candidate for State funded positions using objective criteria, colleges have been simply handing large sums of public money to their local Roman Catholic bishop and allowing him to appoint a priest of his choice.

This sectarian appointment process discriminates against all non-Catholics and against all women (who can offer excellent pastoral services but can’t become Catholic priests). It is also a breach of Article 44.2.2 in the Irish Constitution, which requires that “The State guarantees not to endow any religion.”. The table below summarises the results from these Freedom of Information requests and illustrates both the widespread nature of the problem and also the significant sums involved. Just from the subset of 13 of colleges contacted by Atheist Ireland, more than €500,000 per annum is awarded to the Roman Catholic Church from public funds without tender. Department of Education and Skills Letter on Atheist Ireland Correspondence

Following this letter, the HEA undertook their investigation, which independently reconstructed the same information that Atheist Ireland had already provided to government representatives (and is summarised in the table above). In addition, the HEA investigation also extended the scope of the analysis to include other third level institutions, such as universities. However, separately from these discussions, Atheist Ireland had another independent interaction with the C&AG, on different but related issues. While the unconstitutional nature of the chaplaincy funding model was discussed with the Department and the Joint Oireachtas Committee, the separate discussion with the C&AG related to value for money issues. Specifically, the C&AG acts as the auditor for Institute of Technology accounts and Atheist Ireland had highlighted a number of public procurement problems and value for money problems, in terms of how colleges were awarding public monies to the Roman Catholic Church.

In correspondence to Atheist Ireland, the C&AG stated the following:

… I would encourage you to forward all relevant information to the HEA in the context of its ongoing examination of this area. The procurement, recruitment and value for money issues raised within your correspondence fall within the remit of the C&AG. In light of the investigations currently being carried out by the HEA, it would be premature at this stage for this Office to commit to any particular course of follow-up action in relation to the issues you have raised. Once the HEA has completed its examination, this Office will liaise with the HEA, review the outcome and asses the implications for audit.

Atheist Ireland accepted this suggestion from the C&AG, leading to the recent presentation on these issues to the HEA. In order to measure value for money and identify areas for improvement, all departments within Institutes of Technology have annual reports that include a range of metrics. For example, measures like the numbers of students consulting college counsellors and the reasons for these engagements, will be quantified to track utilisation and demand. However, despite the large sums of money being spent on chaplains, there is little or no measurement of value for money within these departments. Furthermore, where this measurement does take place, the results are shocking. Dundalk IT “Services Contract” with Archdiocese of Armagh

In no other area of procurement, would such a shoddy “contract” be tolerated for the provision of professional services to a public body. For example, there is no mechanism to monitor performance or to seek compensation for poor performance. There is no term for the contract or remedial action described for the case in which the college in unhappy with services delivered. There is no description of which additional expenses that the chaplaincy may and may not incur, for payment by the college. Furthermore, the description of the role is so vague and poorly defined so as to ensure that there is no real way for the college to understand whether or not it has even received the services that it has paid for with public money. Such compliant and willing commercial management of contracts for professional services has real consequences for the probity of public funds. For example, Cork IT paid an invoice from the Catholic Diocese of Cork and Ross, for the painting of their chaplain’s house. How many other employees of public bodies have their houses painted by their employer from public funds? House Painting Invoice from the Catholic Church, paid by Cork IT

The explanation coming from the colleges has typically been that the Roman Catholic nature of their chaplaincy service is not relevant, as the service is intended for students of all faiths and none. For example, Dundalk IT has told the HEA investigation that:

“Particular denomination has not been a barrier to the provision of service.”

Well, there have certainly been no barriers to the provision of a particularly Roman Catholic service but it is disingenuous to pretend that these services are not of an explicitly Roman Catholic character. If a chaplaincy was genuinely intended for students of all faiths and none, why would the colleges insist that Roman Catholic bishops must have exclusive control of these public appointments? In fact the letter below from Cardinal Sean Brady in Armagh to the President of Dundalk IT, explicitly refers to a “Catholic Chaplaincy Service”. Cardinal Sean Brady Letter to President of Dundalk IT

Most of the publicly funded chaplains in third level colleges also say daily Mass. It is not clear why the State is paying for more poorly attended Masses in colleges, while their campuses are in large towns that are hardly suffering from a deficit of Churches. Students of all other faiths are expected by the colleges to find their own religious services but Roman Catholic students are treated differently. A glance at the activities of college chaplains also betrays the pretence that these Roman Catholic priests, who are appointed by Roman Catholic bishops, are somehow neutral with respect to religion. For example, the State funded chaplain at Dundalk IT spends some of his time trying to recruit students into the Roman Catholic priesthood. Are we expected to believe that college chaplains are also spending equal time encouraging students to join Atheist Ireland or other minority faiths? There is a common practice across third level chaplaincy appointments, to discriminate against all women and all non-Catholics, through the sectarian and unconstitutional funding of the Roman Catholic Church from public monies. Serious as this issue is, it is compounded by the very significant value for money issues associated with this expenditure by the State. Atheist Ireland is calling on the HEA and the Department of Education to insist that no third level college should renew any existing services contract for chaplains. Instead, the employment of any chaplain should be first be justified in a context where adult students are perfectly capable of finding their own religious services like other any citizen. They don’t require State funding to do so. For example, there are two colleges that have decided not to employ a chaplain at all and they have not suffered in any way as a result. Churches that wish to provide chaplains to third level institutions should pay for them, just as they already do at Trinity College Dublin.

If a chaplain can be justified, then that role should be filled by the best candidate, based on objective criteria, using the public appointments service. A Roman Catholic bishop should not have any role in an appointment to a State funded position, let alone total control of such contracts across the large majority of the third level sector. In tackling this issue, the HEA should not consider the funds spent on chaplaincies to be immune from value for money or contractual probity considerations. In future, any public contracts that may be put in place with the Roman Catholic Church, should be managed in the same manner as those with all other service providers.