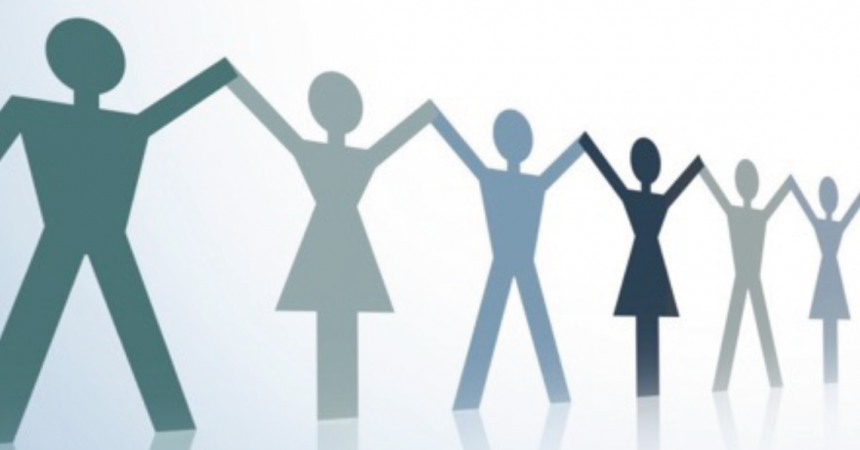 In a project instigated by Atheist Ireland, Atheist Alliance International has published a Gender Balance Report.

It was coordinated by John Hamill, Atheist Ireland’s representative on the AAI Board, with input from Ashling O’Brien, Atheist Ireland’s Regional Officer, and Professor Sabina Brennan of the School of Psychology and Institute of Neuroscience at Trinity College Dublin, among others.

AAI’s Atheist Census shows that, on average worldwide, 73% of respondents are male. This is not a scientifically precise measure of gender imbalance, but it is consistent with other research, including the World Values Survey, within which there is a consensus that nonreligiousity and atheism are more common among men. The Gender Balance Report suggests that this may be because of three factors:

There was no consensus in the area of remedial measures. For example, some respondents were strongly in favour of gender quotas while others preferred a more subtle gender-proofing approach, providing for fair selection on merit with explicit steps to ensure equal opportunity afforded to those of all genders.

The Gender Balance Report makes three recommendations for AAI affiliate groups, and gives examples of what Atheist Alliance International itself will do in these three areas:

Atheist Ireland is pleased to have been instrumental in instigating this project. We already have a policy of seeking gender balance in our activities. In 2013 we hosted a very successful International Conference on Empowering Women through Secularism.

This Conference resulted in the Dublin Declaration on Empowering Women Through Secularism. We have promoted this with the Irish Prime Minister, the United Nations, the Council of Europe and the Organisation for Security and Cooperation in Europe.

Atheist Ireland has spoken at the Irish Parliamentary Health Committee supporting the right to abortion. We are members of the Campaign to Repeal the Eighth Amendment of the Irish Constitution to enable legislation to legalise abortion in Ireland.

Evolution of the Report

“AAI’s Atheist Census shows that 73% of respondents are male. During 2015 at an Atheist Ireland committee meeting, Ashling O’Brien asked me to follow up at AAI level about this gender gap.

As I followed up on this, I became responsible for coordinating this Gender Balance project. We studied existing literature, and consulted activists, parliamentarians, academics, journalists and scientists who do not identify as having a male gender.

We observed much commonality in the responses across many countries and continents. We believe that we have captured the range of views that were expressed, without attempting to quantify where on the spectrum of sentiment the greater number of opinions were located.

While much scholarly work has been completed in this area, this is very much a heuristic analysis of the gender balance issue, and is not an attempt to draw scientifically defensible conclusions. The focus of our project was to make some recommendations to our affiliate groups and our own Board.

I’m very grateful for all the help I received from AAI Board members, especially Carlos Diaz. I also had a lot of input from participants, including Professor Sabina Brennan from TCD. I am confident that Atheist Ireland in particular will respond positively, having been instrumental in instigating the project.”

Religion and Atheism from a Gender Perspective

Tiina Mahlamaki is a Senior Lecturer in Comparative Religion in the University of Turku in Finland. In 2012, she published a paper on Religion and Atheism from a Gender Perspective. This was part of the academic research that informed the AAI Gender Balance Report. Here are some extracts from her paper.

“Why does religion attract women and atheism men?

Contemporary studies of religion seem to prove unvaryingly that women tend to be more religious than men. A stronger religiosity is found among women in all European countries as well as in the whole of the Western world. There are several different strands and approaches for explaining this phenomenon.

One suggested model of explanation is education. Historically women have obtained much less education than men, and more educated women tend to be less religious than their less educated sisters. Education could be seen to shield individuals from adopting supernatural beliefs, thus associating a lack of education with vulnerability. However, when women have taken the opportunity to educate themselves, the disparity is maintained, as educated women in comparison are also more religious than their male equals.

Another model of explanation has been socialisation. In the same way that women are taught to be more submissive, passive and obedient than men, they are also more religious… Most often the stronger religiosity of women is connected to the fact that women are more involved in bringing their children up, maintaining the chain of memory and traditions.., But statistics also show that women working outside the home are as religious as women who work at home. (Berger et al. 2008: 109–12; Davie 2000; Freese 2004; Miller & Hoffman 1995; Niemelä 2003, 2010; Woodhead 2007.)

Recent studies indicate that gender differences in religiousness might be caused by biological and psychological factors – an explanation that is based on nature not on nurture (Berger et al. 2008: 111). What is it in sex difference that exposes or shields one from religion? What models could explain the differences of religiosity not only between the sexes, but also within each sex? Different studies show a significant relationship between gender orientation and being religious; masculinity and femininity are identified as important determinants of both women’s and men’s religiosity. Men with a feminine orientation share a greater religious involvement than men with a masculine orientation. The results also indicate that feminine women are more religious than women with a masculine orientation. (Miller & Hoffman 1995, Thompson & Rennes 2002, Freese 2004.)

Second wave feminism, in particular, views religion as highly problematic: as patriarchal, misogynic and oppressive. Many feminist women have found it hard to remain within their religious traditions (see, for example, Furseth 2009:210). Feminist texts and (second wave) feminist research join with the discourses of the new atheists in articulating, quite correctly, that religious traditions have in many ways legitimated the oppression and discrimination of women.

From the points of view illustrated above – bearing in mind of course that it is not the whole picture, but a picture second wave feminism and new atheism usually gives – it appears as a miracle that women have not left their churches and religions en masse and converted to atheism. The situation is quite to the contrary, as we have seen: even feminist women tend to be religious. Some of them have left their churches, some have tried to reformulate and reinterpret their tradition in woman-friendly directions.

What is significant here is that the arguments put forward against religion are quite similar, both of the new atheists and the (second wave) feminists. They resemble each other in many ways. Unfortunately, very little research has been done on the relationship between atheism and feminism. There are, however, exceptions, such as work by Christine Overall (2006) and Inger Furseth (2009). Furseth, leaning on both quantitative and qualitative data sets, illustrates gendered structures in worldviews. She shows that both feminist identities and masculine rationality lead away from religion – but not necessarily from spirituality.

The new atheist and feminist scholars who bypass the multidimensionality of religious traditions share a common attitude; an inability to discern between different levels and dimensions of religion and religiosity. They focus merely on levels of institutions, interpretations of the elite, and on holy scriptures and dogmas. As a result, the lived, everyday religion and interpretations and experiences of ordinary people are left out.”

These are extracts from the paper. You can read the full paper here.

As well as researching academic studies, the Gender Balance Report consulted activists, parliamentarians, academics, journalists and scientists who do not identify as having a male gender. Here are some quotes featured in the Report.

“It’s important that freethought and secular groups get credit for their historic support of women’s rights. It’s greatly to the secular movement’s credit that it wishes to draw more women in and cares about women’s participation, without overlooking the link between freethought and feminism.”
— Annie Laurie Gaylor (co-Founder of Freedom From religion Foundation)

“I have found that within online forums (and occasionally face-toface) atheism for some is about a competition around who can put forward the best argument or quote the Bible most extensively. It becomes like one-upmanship or a competition to find out who is the most clever person.”
— Dr Sabina Brennan (School of Psychology and Institute of Neuroscience at Trinity College Dublin, Ireland)

“Capable women can still be shy and may not wish to be public about their skepticism. It may be that atheism is – or seems – too bold, too strong, too confident, even too outrageous, to be consistent with women’s stereotypical gendered characteristics (lack of confidence, quietness, submission to authority).”
— Professor Christine Overall (Department of Philosophy and Gender Studies, Queen’s University, Ontario, Canada)

“I’m acting President of the Humanist Association of Ghana. We have fifty members with only eight being women and yet four of us women were elected as executives to our five-member committee. This shows how important the feminist agenda is to the group and the respect that our male counterparts have for us.”
— Roslyn Mould (Working Group Secretary, International Humanist and Ethical Youth Organisation, Ghana)

“Society generally treats women as second class citizens, which can drive them towards deities that promise to solve their problems. Such women may gain confidence from atheist organisations that have clauses in their constitutions, which enable women to be part of their leadership structure.”
— Namyalo Viola (Director, Humanist Association for Leadership, Equity and Accountability, Uganda)

“Research shows that women who advocate for equality can be penalised for doing so. We are engaged in a tidal process of awareness-raising that requires everyone to look at the role that sexism plays in their lives. Are you acknowledging it when it happens, and what do you do about it?”
— Soraya Chemaly (Director of The Women’s Media Centre Speech Project, Writer for TIME and The Guardian)

“It’s a matter of introducing into people’s consciousness the idea of gender equality as a norm, taking also into account that many atheists, like those who have had to deconvert, may still be dealing with certain patterns of thinking and of viewing gender and gender-related issues that may hinder equality.”
— Marie Bernardine Umali (Secular, Women and LGBT Rights Activist, Philippine Atheists and Agnostics Society)

You can download the AAI Gender Balance Report here.

Secular Sunday #93 – All Hands On Deck