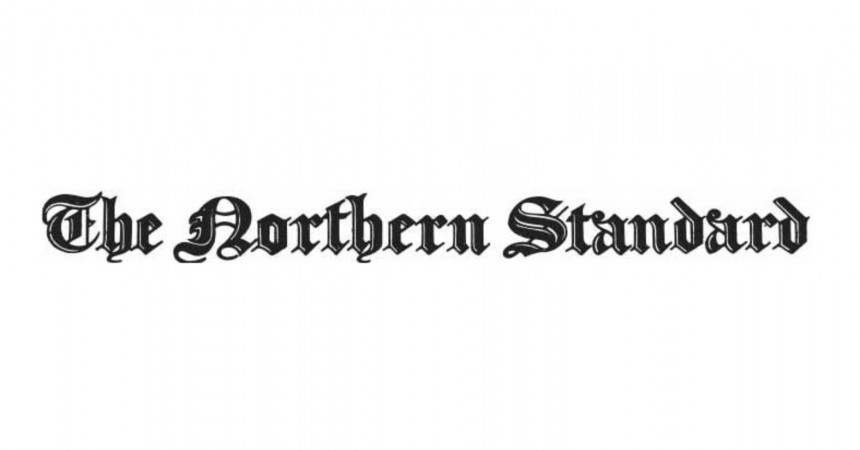 Over the last two years, representatives of Atheist Ireland have had more than a dozen guest articles carried in the Northern Standard. This is a weekly newspaper published in Monaghan, with a circulation of more than 15,000. At the start of January 2015, one such article was censored based on the blasphemy law in Ireland. The particular phrase that was deemed to be blasphemous, referred to Mary as a “carpenter’s wife”.

Every week for years, the Northern Standard has carried an article called “Medjugorje Calling”, which has reported the supposed celestial messages that have been given to so-called “visionaries” in Bosnia. The most recent guest article submitted by Atheist Ireland was reporting that even the Vatican now considers these “daily visitations” to be highly dubious. Full details of the Vatican correspondence on this matter and the original article submitted by Atheist Ireland, are still available on this web site.

The supposed Medjugorje visionaries “receiving a message from Mary”.

Since then, Atheist Ireland has been requested by the Northern Standard to remove the supposedly blasphemous reference to Mary being a “carpenter’s wife” and resubmit the article. We have not rewritten the article and it is also worth noting that when the Defamation Act 2009 became law (which included these prohibitions against blasphemy) Atheist Ireland immediately published 25 blasphemous quotations.

The Northern Standard continues to censor this statement about Mary as too offensive to be tolerated by Irish Christians. The idea that making such a statement is illegal in Ireland and must be censored by a newspaper on this basis, should be a profound embarrassment to our legislature. The Northern Standard continues to censor the Atheist Ireland article and will not publish it on the basis that it is blasphemous and illegal. However, in each of the four weekly editions of the newspaper since the Atheist Ireland article was submitted, the regular “Medjugorje Calling” article has been removed. This omission has been made by the Northern Standard without any reference to the story about the Vatican correspondence, which was reported by Atheist Ireland. When Atheist Ireland sought a reason why the article was removed, no comment whatsoever was provided by the newspaper.