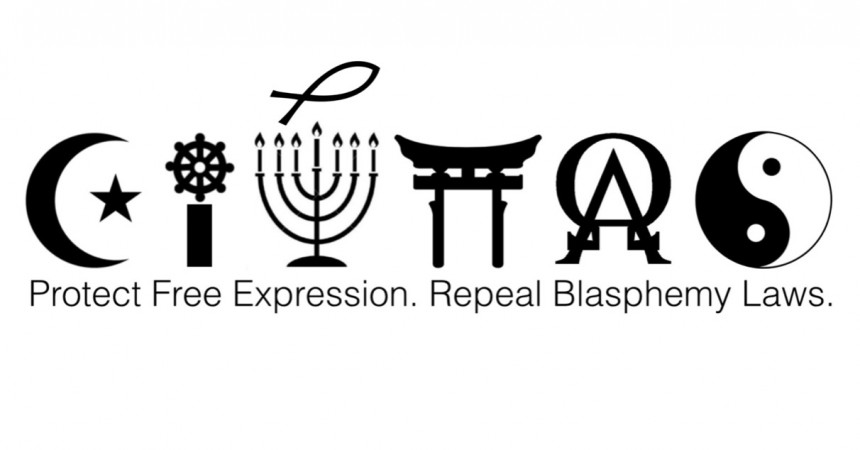 Today is the sixth anniversary of the Defamation Act 2009 commencing in Ireland, including Section 36 on Blasphemy. Many Irish people will be aware of the chilling effect that this legislation has at home. For example, our blasphemy laws cause harmless comedy sketches to be censored, just in case some may find them offensive. However, in addition to a duty towards freedom of expression in our own country, we also have a international obligations. It is this broader international context in which the Blasphemy Laws in Ireland should cause us most concern.

In 2009, Pakistan (acting on behalf of the Organisation of Islamic Cooperation) proposed wording to the Human Rights Council within the UN General Assembly, which was taken verbatim from the Irish blasphemy legislation. The text of the proposal from Pakistan can be compared to Section 36 of the Defamation Act 2009, below. It does not reflect well on Ireland that our Statute Book is cited as best practice with regards to Blasphemy legislation, by Pakistan. The moral separation between the Irish State and those countries that execute people for Blasphemy, should be more pronounced than merely the severity of the punishment that applies upon conviction. The timeline below describes how the Irish legislation on Blasphemy relates to the Pakistani record in this area. People in jail cells awaiting their death sentence for Blasphemy to be applied, look to the international community for help. Ireland should be part of the solution for these people but while a Blasphemy law remains on our Statute Book, we will continue to be part of the problem. As Professor Heiner Bielefeldt, United Nations Special Rapporteur on Freedom of Religion, has said to Atheist Ireland:

“I wouldn’t expect any harsh verdicts being handed down in Ireland, but those countries that continue to have an intimidating anti-blasphemy practice, like to quote European countries to unmask Western hypocrisy.”

It should be clear to our legislators then that laws in this area exist within a very active and vociferous international debate on freedom of expression. Irish law is currently on the wrong side of that debate, favouring repression and religious restrictions on public discourse. Especially in the context of the forthcoming election, we should remind legislators of their responsibility to arrange an early referendum on Blasphemy, to facilitate the repeal of Section 36 from the Defamation Act, 2009.