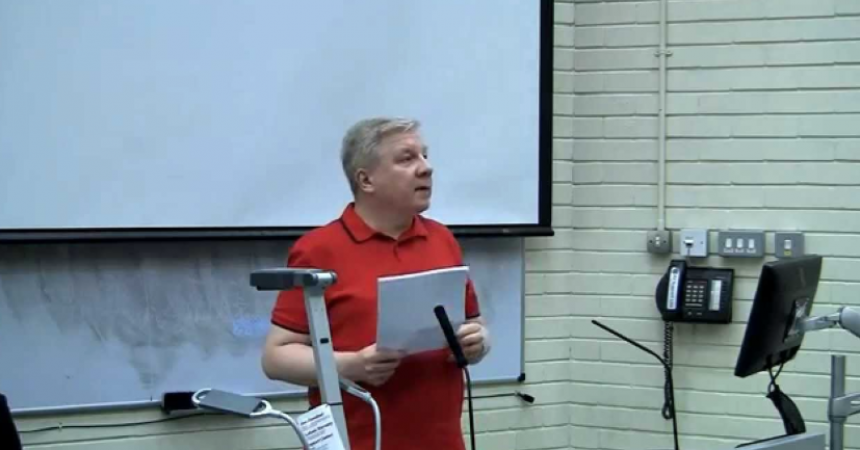 Atheist Ireland chairperson Michael Nugent was scheduled to speak today to the final year students at a Dublin-based Dominican girl’s secondary school. It would have been the first time that a representative of an atheist advocacy group had spoken at a Catholic school in Ireland. However, the school has since canceled the formal invitation, in order to uphold and reflect the Catholic ethos of the school, despite the fact that the school has had a Muslim guest speaker who presumably would not have reflected a Catholic ethos.

Atheist Ireland has today sent the following letter to the school:

The Atheist Ireland chairperson was scheduled to speak today at your school, as the first ever representative of an atheist advocacy group to speak to final year students at a Catholic school in Ireland. But you have since canceled the invitation, with the relevant parties within your school’s Religious Education team saying that they “feel that in hindsight, their decision to welcome a representative of Atheist Ireland to speak was made in haste, and that upon reflection, they reached the conclusion” to cancel it.

Your original invite said: “The school wholly welcomes you and looks forward to hearing about both Atheist Ireland and atheism as a system of non-belief.” Atheist Ireland was pleased by the progressive and inclusive thinking reflected by your invitation, and we were looking forward to having another positive story to announce, having earlier this year become the first atheist advocacy group to meet the Taoiseach in the history of the State.

The reason given by members of your school’s Religious Education team for cancelling the talk is: “that a non-religious perspective does not marry well with the school’s ethos/values, and it does not fit with the senior cycle programme that they presently have in place, i.e. it seeks to uphold and reflect a Catholic ethos. By extension, it does not wish to cultivate non-religious belief, in accordance with the school’s ethos. The school does however welcome children of all faiths and none, and recognises that non-religious belief is a perspective which some pupils may hold.”

Atheist Ireland is now asking you to reconsider your decision on the following basis:

Clearly your school has the right to invite who you wish to speak to your students. However, having formally made the invitation, you are now engaging in open religious prejudice and discrimination in your stated reason for cancelling it, even though you accept that some of your students are atheists, and even though the students are in their final year and on the verge of adulthood. How is that respecting the atheists in your school community?

The Equal Status Act defines discrimination as: “where a person is treated less favourably than another person is, has been or would be treated in a comparable situation, on any of the grounds specified (which includes) that one has a different religious belief from the other, or that one has a religious belief and the other has not (the religion ground). As you know, schools that provide education in an environment which promotes certain religious values have certain exemptions from that Act to protect the religious ethos of the school.

Consistently with this, your stated reason for cancelling the invitation is to uphold and reflect the Catholic ethos of the school. But are you actually upholding a Catholic ethos, or are you just selectively discriminating against atheists? Your school has previously had a Muslim speaker, and Islam formally rejects many of the key theological tenets of Catholicism. How does inviting a Muslim speaker, and uninviting an atheist speaker, uphold and reflect a Catholic ethos? You also say that having an atheist speaker would ‘cultivate non-religious belief’. If so, was the school not ‘cultivating Islamic belief’ by inviting a Muslim speaker?

Your formal invitation in September said: “Further to our phone call, I would like to formally invite you to speak to our senior cycle classes on Thursday, November 5th. The time slot for this event will be 11.50 a.m. to 1 p.m. Please note that around twenty minutes of this time will be afforded to a question and answer session once you have finished speaking.

The school wholly welcomes you and looks forward to hearing about both Atheist Ireland and atheism as a system of non-belief.

It should serve you to know that the concept of non-belief will be mostly new to much of our student body, many of whom come from a faith background. As such, terms such as ‘rational’, ‘reason’ and other terms related to the secular experience may not be within their lexicon, and could require explanation.

I wholly welcome any questions which you may have about this event, and will endeavour to clarify any concerns you may have. I am very grateful for your willing participation in this regard and look forward to meeting you again on the day in question.”

We acknowledge that your school’s Mission Statement and Religious Education Policy is overtly Catholic. It says that “Students experience our Catholic ethos and values in the day-to-day running of the school and not just in RE class.”

However, it also says: “We encourage the development of a healthy self-image, whilst teaching the student to respect the backgrounds, traditions and beliefs of all those with whom she comes into contact.” This clearly does not include respect for atheists they may meet. It also says: “We focus on the core Dominican values of truth, compassion and respect for all in our school community.” Again, this clearly does not include respect for the atheists in the school community.

It also says: “We recognise that visiting speakers play a valuable role in supplementing, complementing and supporting our programme.” And final year students evaluate guest speakers as part of the methodology of the religious education classes. But now it seems that, even in their final year of school, as they prepare to transition to their adult lives in university or careers, your students won’t have an opportunity to evaluate the philosophical beliefs and ethics of atheists.

That could of course change if you reinstate your original invitation, which we are asking you to do. As this issue raises public policy concerns, we will be publishing details of it. We have chosen not to publish the name of your school, and we will refer to you as a Dublin-based Dominican girl’s secondary school. We hope this will facilitate you in considering your response, and will also help to protect any of your staff who were involved in inviting us from any potential further repercussions.