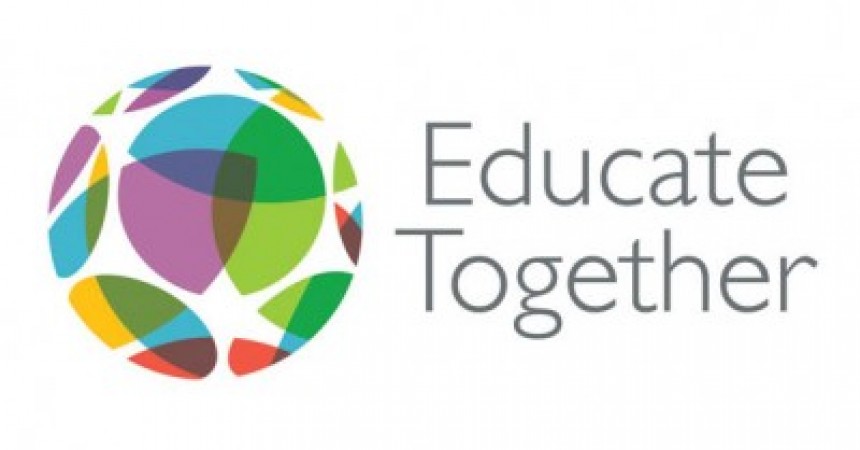 Firstly, Educate Together has conflated two claims when it says:

“To repeatedly claim that Educate Together discriminates against, or seeks to discriminate against, children from religious families is both ignorant and offensive.”

What Atheist Ireland is saying is that Educate Together’s policy is to seek to influence public policy, in a way that would allow their schools to give priority to certain families, and which in turn would inevitably indirectly discriminate against Catholics. This claim is accurate, and it is important that it should be highlighted. This is the core of this difference of policy between Atheist Ireland and Educate Together.

What is Educate Together’s policy, and what would it lead to?

The following motion was passed as policy at Educate Together’s 2015 AGM.

Also, at primary school level, the Department of Education has a new, and reasonable, policy of new schools giving priority to local children, by geographical catchment area. Educate Together has expressed “serious concerns” to the Department of Education that this policy should not apply to Educate Together schools, as they want to be able to give priority to families from outside the school’s local area, who cannot get access to their local Catholic schools.

But by definition, those non-local families are not Catholic, otherwise they would be able to access their own local Catholic schools. Therefore, an Educate Together policy that favours them in another area, would inevitably discriminate against local Catholics families in that other area.

What Educate Together does not seem to appreciate is that religious discrimination can be direct or indirect. Indirect discrimination happens where there is less favourable treatment by impact or effect. It occurs where people are, for example, refused a service not explicitly on account of a discriminatory reason, but because of a provision, practice or requirement which they find hard to satisfy.

Clearly if Educate Together was to get their way, they would be directly favouring some families, and therefore indirectly discriminating against other families. They could argue that their aim is legitimate and the means proportionate, and indeed they seek to do this by describing the context in which they have formulated their policy. We understand their frustration with the current system, which we and they both oppose.

Educate Together also suggests that Atheist Ireland has made four false statements about them. Here are the statements, and we will let readers judge for themselves.

“The formal position of Educate Together therefore, is now that their secondary school admissions policies should favour children of their own ethos.”

On foot of this motion, ten Educate Together principals wrote together to the Minister for Education and Skills stating that:

“We seek an admission policy that gives priority to those students for whom the school was established, namely those who have chosen the Educate Together ethos”.

On any fair reading of the above facts, it is reasonable to say that the formal position of Educate Together therefore, is now that their secondary school admissions policies should favour children of their own ethos.

We are not sure why Educate Together seems to be denying that it has an ethos.

Clearly Educate Together schools have an ethos. That their ethos is more inclusive than the ethos of Catholic schools does not mean that it is not an ethos. Atheist Ireland never suggested that the Educate Together ethos must be enforced by indoctrination. Somebody in Educate Together has simply invented and then refuted that presupposition.

If Educate Together has a problem with the word ‘ethos’ being used, then their problem is with all of the practices that they themselves engage in to promote the idea that they have an ethos, and with the ten Educate Together principals who used the word in their letter to the Minister, as their description of the policy passed at the AGM, and who actually run Educate Together schools on the ground, and not with Atheist Ireland for reporting on this correspondence.

“This new policy from their 2015 AGM was acted upon by Educate Together when they wrote to Jan O’Sullivan, the Minister for Education and Skills, stating: “We seek an admission policy that gives priority to those students for whom the school was established, namely those who have chosen the Educate Together ethos”.

This is the pertinent quote from the relevant Irish Times article.

“In the letter to the Minister, dated April 28th, 2015, the principals welcome the establishment of an Educate Together second-level school in the south Dublin area. However, they add: “We seek an admission policy that gives priority to those students for whom the school was established, namely those who have chosen the Educate Together ethos.”

Under Section 15 of the Education Act, the principals of Educate Together schools cannot simply invent their own policies and unilaterally seek to have them implemented. Under Section 15(1), “it shall be the duty of a board to manage the school on behalf of the patron,” and under Section 15(2):

“in carrying out its functions the board shall… (b) uphold, and be accountable to the patron for so upholding, the characteristic spirit of the school as determined by the cultural, educational, moral, religious, social, linguistic and spiritual values and traditions which inform and are characteristic of the objectives and conduct of the school… (c) consult with and keep the patron informed of decisions and proposals of the board…”

We are happy to correct the trivial distinction that the letter to the Minister was written by ten Educate Together principals as opposed to Educate Together centrally. But this distinction does not change the substance of the letter. The principals were articulating the policy of Educate Together, as passed at the 2015 AGM, in accordance with their legal duty to uphold, and be accountable to the patron for so upholding, the characteristic spirit of the school.

“In an email to the Department during February of 2015, the Schools Program Manager within Educate Together stated that: “I understand the [Department of Education and Skills] position that there should be places in the children’s local areas, but very often these families are pushed continuously to the bottom of enrolment lists because their children are not Catholic.” That is, Educate Together also sought an admissions policy for primary schools, which prioritised children based on their religious ethos rather than just catchment area.”

“This statement is false. The author here wrongly attributes a quote to Educate Together’s New Schools Programme Manager, yet the Irish Times article cited clearly attributes it to a school Principal. At no point in the cited article does Educate Together’s New Schools Programme Manager, or the Educate Together school Principal, seek an admissions policy that prioritises children based on religious ethos. To suggest otherwise is to misunderstand the issue under discussion in the cited article.”

This is the pertinent quote from the relevant Irish Times article.

“In an email dated February 27th, 2015, to Amy Mulvihill, new schools programme manager with ET, and copied to the forward planning section of the department, Collette Dunne, principal of Firhouse ET National School, says: “Anne [Flynn] from forward planning has just phoned to say I can offer places to children on the waiting list whose addresses are within the catchment area but not to those outside the said area.

“I understand the [Department of Education and Skills] position that there should be places in the children’s local areas, but very often these families are pushed continuously to the bottom of enrolment lists because their children are not Catholic.”

In practical terms, to say that you want to prioritise families who are in a situation “because their children are not Catholic” has the same effect as saying that you want to prioritise them based on religious ethos. We are happy to correct the trivial distinction that this quote should have been attributed to an Educate Together principal rather than to an Educate Together Program Manager (Amy Mulvihill). But again, this distinction does not change the substance of the exchange.

The principal was acting in accordance with her legal duty to uphold, and be accountable to the patron for so upholding, the characteristic spirit of the school. And when the principal outlined her concerns, the Program Manager did not object to the position of the principal. Rather, she responded to the Department of Education stating that:

“ET has serious concerns about a directive issued to Firhouse ETNS regarding enrolment.”

The Program Manager then followed up on this discussion, during several subsequent communications with the Department of Education, in a manner consistent with her agreeing the principal on the issue. Which makes sense, as the position is consistent with the secondary school policy passed at the 2015 AGM.

“For secular parents in Ireland, Educate Together schools represent by far the best available option for their children.”

Atheist Ireland never suggested that Educate Together schools are ‘just schools for secular parents in Ireland’. This is another assertion that has been simply invented and then refuted by Educate Together.

The recent Educate Together statement includes many straw man arguments, defending the organisation against imagined allegations that have not been made by Atheist Ireland or anyone else. Notwithstanding the tone of that statement, the original Atheist Ireland description of the Educate Together policy position stands, as do the benefits described in relation to changing that policy position.

Submission to Department of Justice for UN review of Ireland