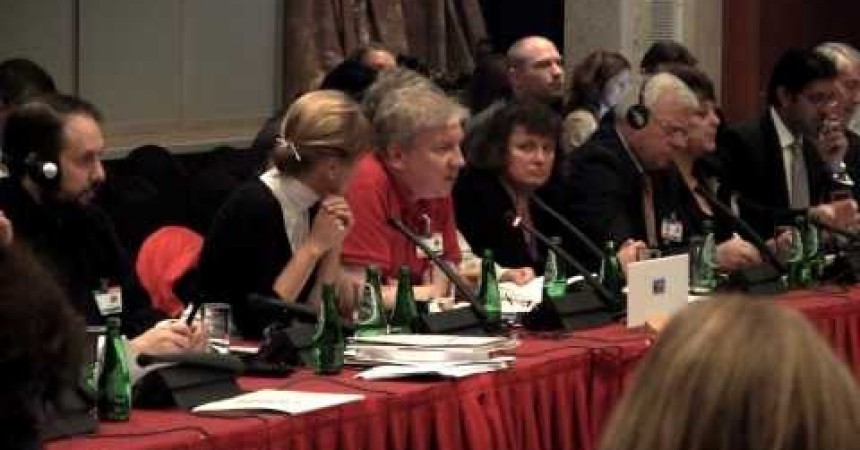 Atheist Ireland is in Poland this week, highlighting the religious discrimination against atheists and members of minority faiths throughout the OSCE, and particularly in Ireland.

The event is the annual human rights conference organised by the OSCE (Organisation for Security and Cooperation in Europe), which includes over fifty States from Europe, North America and Asia. Here are some of our previous contributions to this annual conference.

This year we will be highlighting the fact that Ireland says it is constitutionally obliged to discriminate against atheists & minority faiths.

This year and last, both major UN Human Rights chairpersons have condemned Ireland’s lack of secularism.

“The Magdalene laundries, the Mother and Baby homes, the child abuse, the symphysiotomy. It is quite a collection, and it is a collection that has carried on beyond any period that it is hard to imagine any State Party tolerating. And I can’t prevent myself from observing that all of them are not disconnected from the institutional belief system that has predominated in the State Party, and which occasionally has sought to dominate the State Party.”

Despite this, in Ireland today:

We will be highlighting these and wider international breaches of human rights of atheists and minority faiths throughout the OSCE this week.