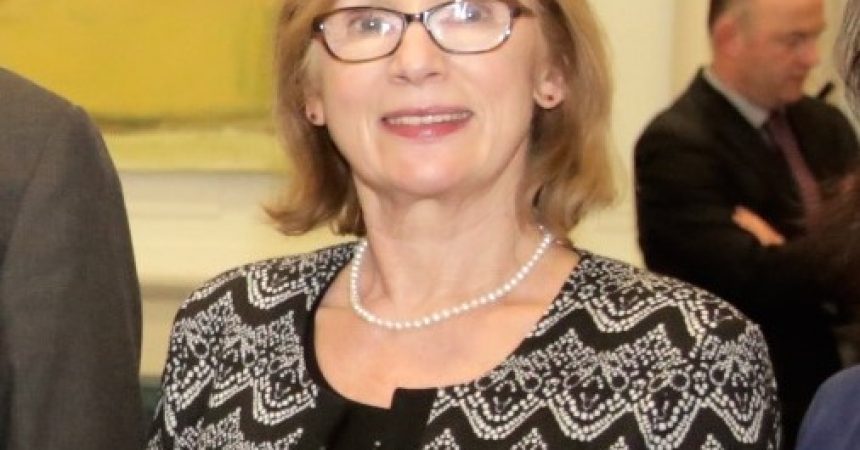 The Minster for Education and Skills, Jan O’Sullivan TD, has told the Dáil that in respect of hiring for publicly funded chaplain roles, Institutes of Technology in Ireland may be in a “sole supplier situation”. Dundalk Institute of Technology has decided that the only supplier capable of providing pastoral services to their students is their local Roman Catholic Bishop. As such, the Institute awarded public monies to the Bishop in secret and allowed him to appoint a Roman Catholic priest to the position, without advertisement, tender or interview.

Where a public body awards funds without tender, they are required to submit a 40/02 Declaration, describing their reason for breaking public procurement rules in this way. Clare Daly TD submitted the following question to Minister O’Sullivan.

“To ask the Minister for Education and Skills the reason a 40/02 Declaration has not been made in relation to the services agreement for chaplaincy services at a college (details supplied) in County Louth”.

The details of this chaplaincy services agreement have been obtained by Atheist Ireland under Freedom of Information legislation. Since Dundalk Institute of Technology has been created as a secular college under the Institutes of Technology Act, the job description below includes no references to any religious denomination. 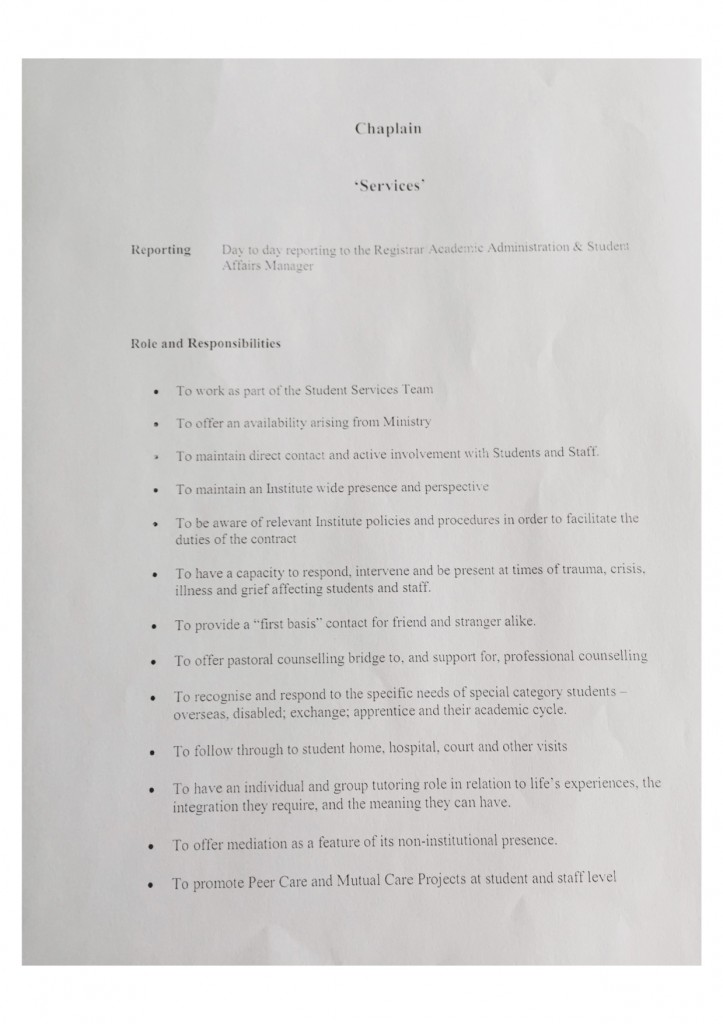 In respect of how Dundalk Institute of Technology made an appointment to fill the role described above, Minister O’Sullivan provided the following answer to Deputy Daly, on Tuesday 30th June 2015 (Reference Number: 26135/15).

“The recruitment of staff is a matter for individual Higher Education Institutions and should be in line with public sector appointment criteria … I understand that the view of the Institute is that they are in a sole provider situation in terms of chaplaincy services, however, they are hoping to tender for general chaplaincy services in 2016.”

This is an extraordinary statement. The job description provided above is for a publicly funded position. It is being proposed that in order to fill this position with the best candidate for the pastoral care of students, the only possible option for the college is to allow a Roman Catholic Bishop to make the appointment. As such, there has been no advertisement of the role. There has been no tender published or invited. No other secular or Humanist organisations have been contacted. There have been no interviews of candidates and no objective selection criteria have been defined. Rather, public money has simply been awarded to a Roman Catholic Bishop and he has been allowed to select his own preferred candidate. It is no surprise then, that he selected a Roman Catholic priest, Father Paddy Rushe.

It is clear that there are many talented and well qualified counsellors and pastoral carers in Ireland, of all faiths and none, who may have provided an excellent service with respect to the students at Dundalk Institute of Technology. However, the method in which the appointment was made excluded all possible candidates other than Roman Catholic priests. Consequently, all potential female applicants were immediately excluded from this public position, even if such candidates were devoutly Catholic.

In a letter to Atheist Ireland on this matter, the President of Dundalk Institute of Technology, Mr Denis Cummins, said that:

“To date these services have not been tendered (as is the case in most Higher Education Institutions). Our intention is to tender for these services in 2016.”

Of course, it is no mitigation that this kind of behaviour is typical across the entire Higher Education sector. In fact, that makes the situation even more worrying. Specifically, Jonathan O’Brien TD also asked the following questions of the Minister:

“To ask the Minister for Education and Skills if her attention has been drawn to the practice within some Institutes of Technology of appointing chaplain roles using public funds without advertisement or tender and without following public procurement or public appointment guidelines;  and the public funding that was used to pay for chaplain roles in 2012/2013 and 2013/2014.”

In answer to this question, Minister O’Sullivan revealed that the Department of Education and Skills does not know how much public money is awarded to the Roman Catholic Church annually, in respect of chaplaincy services. This is not surprising, given the secretive manner in which the money is endowed to the Church. Minister O’Sullivan provided the following reply to Deputy O’Brien on Tuesday 30th June 2015 (Reference Number: 25734/15).

“My Department does not hold details on the amount of funding allocated internally by IoTs for chaplaincy services, however, I have requested my officials to seek to have this information collated and forwarded directly to the Deputy.”

Given typical salaries and the number of Catholic chaplains across all of the secular Higher Education Institutions (including both Institutes of Technology and Universities) it is likely that this figure is in the region of €1M per annum. What is less clear, is how this direct endowment of one specific religious denomination from public funds, without any objective reason for such a sectarian policy, could be consistent with Article 44.2.2 of the Irish Constitution, which states:

“The State guarantees not to endow any religion.”

Atheist Ireland intends to pursue this matter, in the first instance through the Joint Oireachtas Committee on Education and Social Protection.

Review of Termination of Pregnancy Act