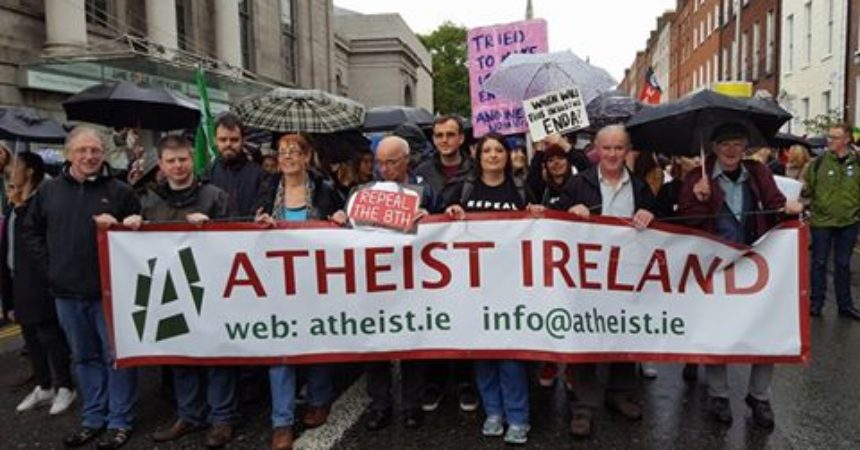 Atheist Ireland has always promoted ethical secularism, and we take positions on a number of ethical issues where state policy has had a religious influence, including LGBT rights, the right to die and abortion. This approach is consistent with Atheist Ireland’s constitution, and has been endorsed at two AGMs, as we have moved from simply highlighting the issues to making specific proposals for change.

In January 2013, Michael Nugent and Jane Donnelly were witnesses at the Irish parliamentary hearings on abortion law, along with representatives of six Irish religions. During this the following arguments were put forward by Atheist Ireland:

Videos of these presentations can be viewed here:Opening Contribution, Responses to Questions

Coalition to Repeal the 8th Amendment:

In April 2015 Atheist Ireland were invited to become members of the Coalition to Repeal the 8th Amendment. The Coalition, a broad alliance involving 23 different organisations, was established in September 2013 following the passing of the Protection of Life During Pregnancy Act. The Coalition is a campaigning organisation that is working for a referendum to repeal the 8th Amendment from the Irish constitution in order to respect and protect the lives, health and choices of women living in Ireland.