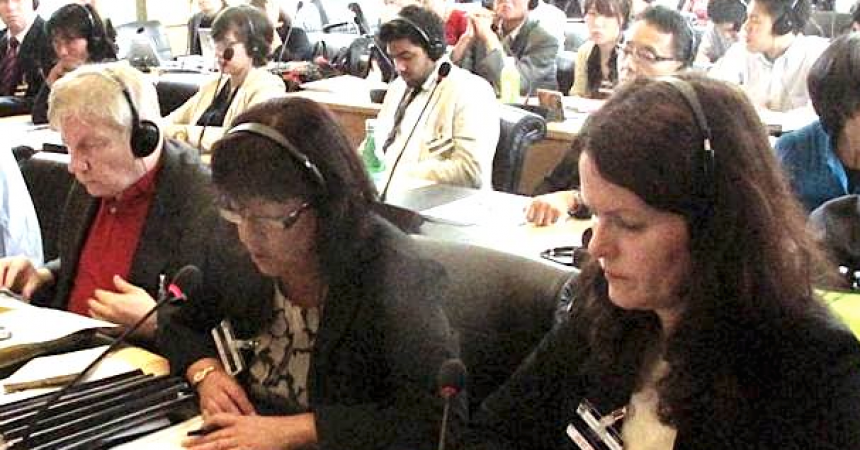 The State has informed the United Nations that Irish legislation provides that, in exceptional cases, a school can refuse to admit a student who is not of the religion of the school, provided that it can prove that this refusal is essential to maintain the ethos of the school.

This will come as a surprise to any secular and minority religion family whose child has been refused access to their local publicly funded school. Schools in Ireland refuse access because secular families and religious minorities cannot produce a Catholic baptismal certificate, and not because their five year old will undermine the ethos of the school.

These comments from the government are in response to the UN last year raising concern about non-faith children and religious minorities. They also raised the issue of access to secular education, establishing non-denominational schools and ensuring that children have a neutral studying environment even in denominational schools.

The State informed the UN that:

“Under Section 15 (2) (d) of the Education Act 1998, each school is obliged to publish its enrolment policy. The enrolment policy must be non-discriminatory and must be applied fairly in respect of all applicants. Equality legislation outlaws discrimination in relation to the admission of a student. However, the legislation provides that, in exceptional cases, a school can refuse to admit a student who is not of the religion of the school; provided that it can prove that this refusal is essential to maintain the ethos of the school.“

The reality of the situation on the ground is that five year old children are refused access to their local publicly funded school because their parents cannot produce a Catholic baptismal certificate or are not belong to the Church of Ireland.

This is the only reason that children are refused access to their local school and as far as we are aware there has never been a case where a five year old was refused access to a school because he/she would undermine the ethos of the school. How could any school possibly prove that a five year old could undermine their ethos. It is beyond understanding how this behaviour can be referred to as non-discriminatory.

The State did not inform the UN that Irish legislation permits publicly funded schools to admit persons of a particular religious denomination in preference to others and that there is nothing exceptional about this.

The State also informed the UN that schools in Ireland are privately owned but publicly-funded institutions. This means that there is no effective remedy in the education system for parents and children to vindicate their human rights as the State has ceded control to private bodies and institutions. Equality, inclusion and diversity can mean what any patron body say they mean and need not be based on human rights law.

The above comments by the Irish State were in response to the UN stating last year that:

“It is also concerned about the slow progress in increasing access to secular education through the establishment of non-denominational schools, divestment of the patronage of schools and the phasing out of integrated religious curricula in schools accommodating minority faith or non-faith children. It expresses further concern that under section 37 (1) of the Employment Equality Acts, religious-owned institutions, including in the fields of education and health, can discriminate against employees or prospective employees to protect the religious ethos of the institution (arts. 2, 18, 25 and 27).”

(c) where the establishment is a school providing primary or post-primary education to students and the objective of the school is to provide education in an environment which promotes certain religious values, it admits persons of a particular religious denomination in preference to others or it refuses to admit as a student a person who is not of that denomination and, in the case of a refusal, it is proved that the refusal is essential to maintain the ethos of the school,

New Bill will not remove discrimination

The proposed new Education (Admission to Schools) Bill 2013, which is currently being drafted will not remove the ability of publicly funded schools to discriminate on religious grounds. Rule 68 of the Rules for National Schools will not be removed and religion will continue to be integrated into the state curriculum. This is all a breach of human rights, and pretending that it is not happening on the ground shows how much this government disrespects non-religious families and religious minorities.

The State is not willing to disclose to the UN Human Rights Committee that five year old children in Ireland are refused access to their local publicly funded school because their parents could not produce a baptismal certificate. It also won’t remove Rule 68 of the Rules for National Schools and ensure that all children have access to a neutral studying environment in accordance with human rights law. Absolutely nothing has changed on the ground for secular families and the state continues to undermine their human rights.