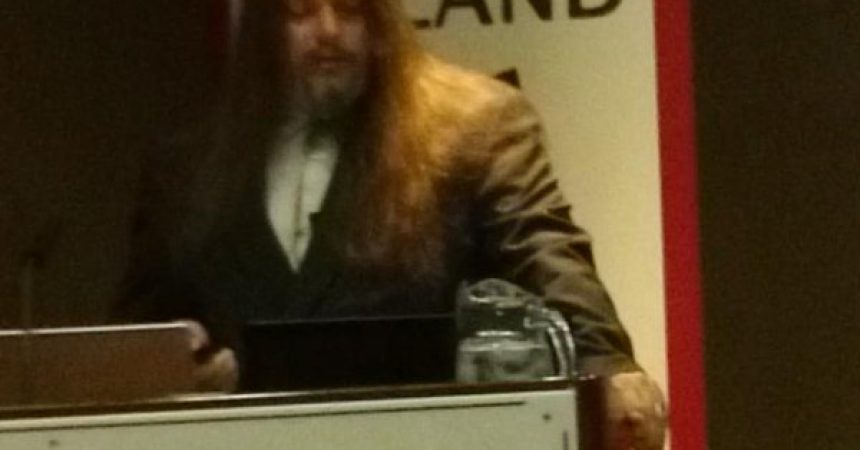 How Religion Harms Education – Talk by Aron Ra next Tuesday, 21 April, at public meeting in Dublin

Aron Ra, Texas State Director of American Atheists, will be speaking in Dublin next Tuesday evening at a public meeting organised by Atheist Ireland, about how religion harms education. It will be Aron’s first talk for Atheist Ireland since our successful World Atheist Convention in Dublin in 2011.

The meeting is in the Davenport Hotel, Dublin at 7.30 pm next Tuesday, 21 April 2015. Admission is free but space may be limited so please arrive early.

There are two Facebook event pages for this talk:

Aron is best known for his YouTube series on The Foundational Falsehoods of Creationism (see episode one below), and he will discuss the difference between faith-based and evidence-based education, and the battle between creationists and educators in American schools.

Michael Nugent will then talk briefly about the harm caused by religion in the Irish education system, followed by an audience question and answer session chaired by Jane Donnelly.

The Catholic Church, the HAI and Iona have all failed to register their political activity with SIPO