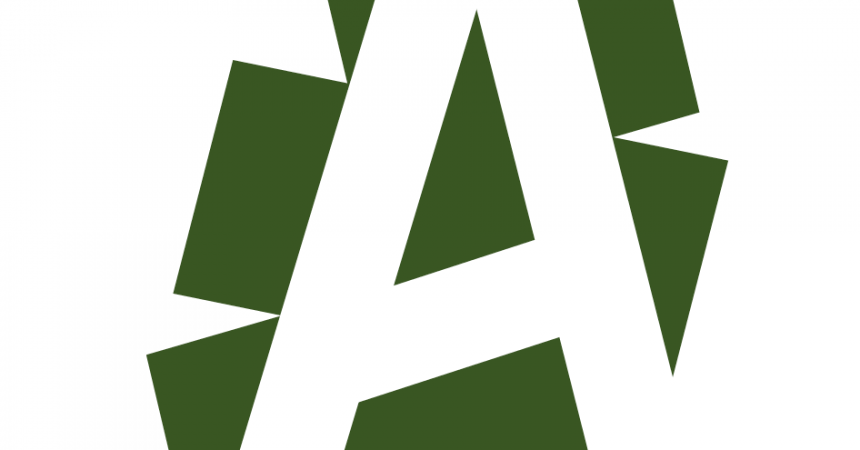 Atheist Ireland is publicly dissociating itself from the hurtful and dehumanising, hateful and violent, unjust and defamatory rhetoric of the atheist blogger PZ Myers. The final of many, many straws were his latest smear that Ayaan Hirsi Ali is ‘happily exploiting atrocities’, and his subsequent description of Atheist Ireland’s chairperson as ‘the Irish wanker’. We are also asking all ethical organisations and individuals to consider how you can help to reverse his harmful impact on both individuals and the atheist movement generally.

Atheist Ireland promotes atheism, reason and ethical secularism. Our policies are based on a respect for human rights, upon which we can build a just society based on natural ethical values. We meet with and lobby the Irish government, Irish parliamentary meetings, the media, and international human rights regulatory bodies such as the UN Human Rights Committee, the Council of Europe, and the OSCE. We are proud to work nationally with other human rights and social justice groups, and globally with colleagues in Atheist Alliance International, and the International Campaign Against Blasphemy Laws.

Our shared work in all of these areas, at national and international level, is important for the development of an ethical secular world. This work is undermined by rhetoric that associates atheist and secular advocacy with hateful, violent and defamatory speech. Such rhetoric is also unjust to the individual people who it targets.

Atheist Ireland has previously given PZ Myers public platforms in Ireland, both at the World Atheist Convention in 2011, and at our international conference in 2013 on Empowering Women Through Secularism. We now apologise for doing this. We believe his behaviour is unjust to individuals, increases prejudice against atheists, and is harmful to the promotion of an ethical society based on empathy, fairness, justice and integrity.

Some examples of his hurtful and dehumanising rhetoric

He said that ‘the scum rose to the top of the atheist movement’, that it is ‘burdened by cretinous reactionaries’, that ‘sexist and misogynistic scumbags’ are ‘not a fringe phenomenon’, and that if you don’t agree with Atheism Plus, you are an ‘Asshole Atheist’. He agreed that science fetishism reproduces the ‘white supremacist logic of the New Atheist Movement.’ He said ‘I officially divorce myself from the skeptic movement,’ which ‘has attracted way too many thuggish jerks, especially in the leadership’.

He said Richard Dawkins ‘seems to have developed a callous indifference to the sexual abuse of children’ and ‘has been eaten by brain parasites’, Michael Nugent is ‘the Irish wanker’ and a ‘demented fuckwit’, Ann Marie Waters is a ‘nutter’, Russell Blackford is a ‘lying fuckhead’, Bill Maher’s date at an event was ‘candy to decorate [her sugar daddy’s] arm in public’, Ben Radford is a ‘revolting narcissistic scumbag’ and his lawyer is ‘J Noble Dogshit’, Rosetta scientist Matt Taylor and Bill Maher are ‘assholes’, and Abbie Smith and her ‘coterie of slimy acolytes’ are ‘virtual non-entities’. He called Irish blogger ZenBuffy a ‘narcissistic wanker,’ after she said she has experienced mental illness.

He described Robin Williams’ suicide as ‘the death of a wealthy white man dragging us away from news about brown people’, said that a white lady who made racist comments ‘looks like the kind of person who would have laughed at nanu-nanu’, then added: ‘I’m mainly feeling that I should have been more rude, because asking me to have been nicer about the dead famous guy is completely missing the point’. He said of other dead people that Charles Darwin was a ‘sexist asshat’, Richard Feynman was a ‘reprehensible asshole’, and Christopher Hitchens was a ‘bloodthirsty barbarian’ and a ‘club-carrying primitive’.

Some examples of his hateful and violent rhetoric

He also employs hate speech against Christians (‘I left the theatre filled with contempt and loathing for Christians’), apocalypse-mongers (‘they make me furious and fill me with an angry contempt’), ‘your average, run-of-the-mill Christian’ (‘I despise Karen Armstrong almost as much as I do Fred Phelps’), and several people who were organising a prayer initiative (‘Jesus Christ but I hate these slimebags’ who are ‘demented fuckwits every one.’)

He uses violent rhetoric. He said ‘I’ve got to start carrying a knife now’ to kill Christians if they pray instead of helping him while he is dying. He said about a meal: ‘Don’t show up to pick a fight or we’ll pitch you off a pier.’ When a Brazilian priest died in a charity ballooning accident, he said ‘my new dream’ will be shooting priests out of the sky from an aircraft. When a Christian shopkeeper apologised for offending atheists, he refused to accept the apology, saying ‘No. Fuck him to the ground.’ He would rather debate William Lane Craig in writing ‘where I can pin him down, stick a knife in the bastard, and twist it for a good long while’. He praised a blog post that ‘shanks Thunderf00t in the kidneys and mocks him cruelly’.

He has encouraged his blog commenters to ‘rhetorically hand [critics] a rotting porcupine and tell you to stuff it up your nether orifice’. They in turn have told people to ‘put a three week old decaying porcupine dipped in tar and broken glass up your arse sideways’, to ‘fuck yourself sideways’ with a ‘rusty chainsaw’, ‘red-hot pokers’ or a ‘rusty coat hanger’, and to ‘go die in a fire. slowly. seriously’. More recently he said of ‘faux-Vulcan shit’ that he encourages his commentariat to ‘draw their knives and flense it so thoroughly the dispassionate ass is feeling the pain in every nerve ending’.

Some examples of his unjust and defamatory rhetoric

In his latest smear just last weekend, he accused Ayaan Hirsi Ali, who lives with constant security protection against threats on her life, of ‘happily exploiting atrocities to justify continued injustices’, and of ‘using the threat of murder elsewhere as a club to silence those who strive for respect and dignity in their lives’. He based this smear on a misleadingly edited quote from Ayaan’s keynote speech to the American Atheists Convention.

PZ did not challenge commenters who said Richard Dawkins is a ‘racist misogynist piece of shit who thinks child molestation doesn’t count unless there’s rape or murder’, that ‘if he’s not actually a child molester he’s dangerously close to wearing the uniform of one’, and that ‘Dawkins and his rape cheerleaders can fuck a power socket’. But he did ban a commenter who defended Richard, telling him: ‘Goodbye. We don’t need your petty resistance to any dissent from the sacred position of your great heroes around here. Fuck off.’

When Michael Nugent highlighted the harmful effect of his behaviour, PZ responded by publicly accusing him of ‘defending and providing a haven for rapists’, saying the evidence for this was people who comment on Michael’s blog. He has since refused for six months to withdraw and apologise for this defamatory smear, adding that Michael also ‘supports rapists’, and is a ‘demented fuckwit’ and ‘the Irish wanker’. His blog network, FreeThought Blogs, has now refused for three months to even respond to repeated emails asking them to address a complaint about this issue.

These are only some examples of his harmful rhetoric. He also regularly accuses others of sexism without applying the same judgment to his own behaviour over the years, and he has accused a named person of committing a serious crime without employing the journalistic ethics expected in reporting on such an allegation.

It might be possible to interpret any one example of this behaviour charitably, if he was normally charitable himself and was misinformed or writing in anger, or if there was a particular context, or if he was willing to change his behaviour. However, the relentlessness of his abuse and hatred and smears across so many contexts, and his reluctance to even consider changing his behaviour, create the extra problem of the cumulative impact of his behaviour as a pattern.

Ironically, the sheer quantity of his harmful rhetoric can seem to minimise the harm of each example, as each example can hide behind a wall of other examples. It is easy for us to become desensitised to the harm caused by this gradual undermining of reasonable discourse. We can disagree robustly about ideas and behaviour, including using strong language that some may be uncomfortable with, but without unjustly attacking the people we disagree with.

Many within the atheist movement have been concerned about his behaviour for years. Some have responded by publicly ignoring it, either to avoid giving him the credibility of a response, or to avoid becoming his next target. Some have responded by attacking him back using similar rhetoric, thus adding to the problem and enabling him to deflect attention away from his own behaviour. Some, including Atheist Ireland, mistakenly believed that privately asking him to change his behaviour might eventually be productive.

So Atheist Ireland is now publicly dissociating ourselves from his hurtful and dehumanising, hateful and violent, unjust and defamatory rhetoric. We are asking all ethical organisations and individuals to consider how you can help to reverse the harmful impact of his behaviour. We look forward to continuing to work with others to promote an ethical secularism based on robust inquiry, empathy, compassion, fairness, justice and integrity.