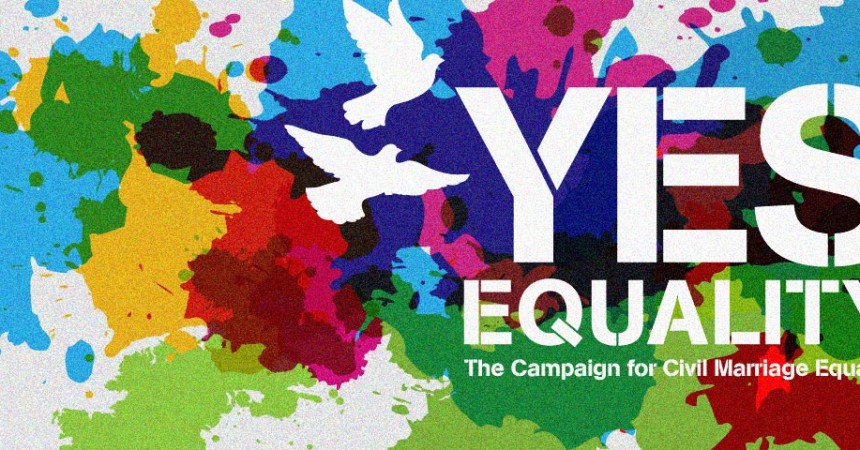 Atheist Ireland unequivocally supports a Yes vote in the Marriage Equality referendum on 22nd May. We support the equal right of all citizens to choose to marry the person they love.

Atheist Ireland believes that public policy and the civil law should be informed by ethical secularism, rationality and the reasoned consideration of evidence. The Irish State should not legislate based on faith, revelation, superstition or prejudice. The Irish Constitution should not reflect the views of any particular religion.

Atheist Ireland supports the equal rights of all minorities before the law; be they atheists or members of minority religions, people of different age, race, gender or family status, members of the Travelling Community, people with disabilities, or LGBTQ people. We support the rights of all members of our society not to be discriminated against or to have their human rights infringed upon.

The question before us in the referendum is: “Marriage may be contracted in accordance with law by two persons without distinction as to their sex”. This refers to civil marriage, which is what will be changed should the referendum pass. It does not refer to religious marriage, which will remain unchanged unless religious groups themselves choose to recognise marriage equality.

What will a Yes vote mean?

The outcome of the Marriage Equality referendum will not only affect LGBTQ citizens, but all the citizens of Ireland.

There is strong support for a No vote, particularly among the older age group. Traditionally this is also the age group that has, by far, the highest voter turnout. Unless we all take action there is a very real possibility that this referendum can be lost.