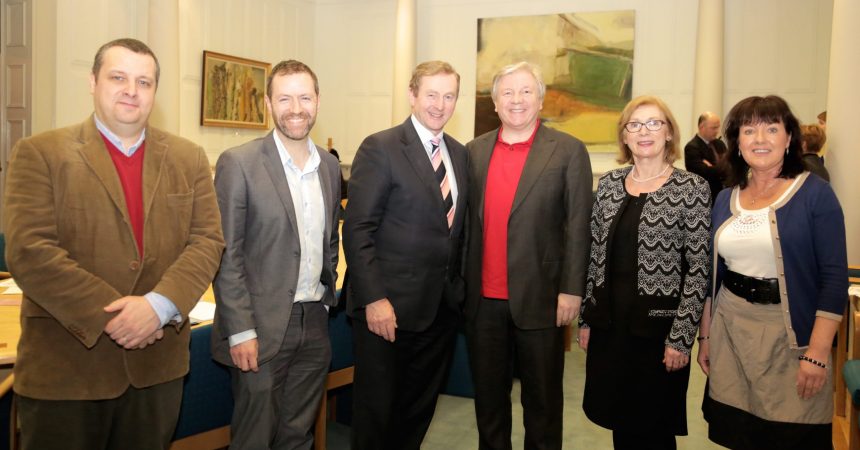 At our meeting with Taoiseach Enda Kenny yesterday, Atheist Ireland gave him an open letter about the Irish blasphemy law signed by more than forty Irish and international scientists, philosophers, writers, comedians, politicians and activists.

The Guardian has published the open letter.

Here is the letter and the list of signatories.

Last October, your government decided that a referendum should be held on removing the offence of blasphemy from the Irish Constitution and that your Justice Minister Frances Fitzgerald would lead consultations on a bill to be put before the Oireachtas. The clear implication of this commitment was that the referendum would be held during the lifetime of this Government.

You have also said that you were “shocked and appalled by the brutal and horrific killings” at Charlie Hebdo but you must be aware that those who support murder for blasphemy also include the governments of many nations. The continuing case of Asia Bibi in Pakistan has received global attention and tragically, many others have already been executed for blasphemy.

Ireland is the only European country to have introduced a contemporary blasphemy law. At the United Nations Human Rights Council in 2009, Pakistan proposed the adoption of precise wording from the Irish blasphemy law, as part of efforts by the Organisation of Islamic Cooperation to limit Human Rights on freedom of conscience.

As Professor Heiner Bielefeldt, United Nations Special Rapporteur on Freedom of Religion, has advised Atheist Ireland to convey to the Constitutional Convention: “I wouldn’t expect any harsh verdicts being handed down in Ireland, but those countries that continue to have an intimidating anti-blasphemy practice like to quote European countries to unmask Western hypocrisy.”

The distinction between Ireland and those who carry out executions for blasphemy must consist of more than just the severity of the punishment applied upon conviction. Despite your recent prevarication, we the undersigned urge you to lead by example and comply with your promise of a referendum to repeal all Irish blasphemy laws.

It is your duty to take a strong position on behalf of those intimidated into silence in Ireland and more importantly, on behalf of those facing execution by nations who cite Irish blasphemy laws in justification and mitigation of their behaviour.