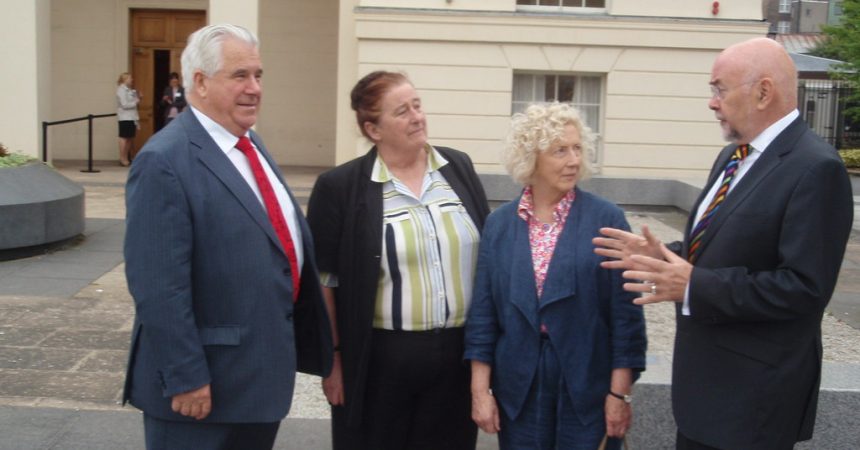 It is increasingly clear that the Catholic Church will not divest any schools to other patron bodies unless they are forced to do so. In fact they have reinforced their position of opposing human rights standards in education, by rejecting the Toledo Guiding Principles. Even Prof John Coolahan (Chair of the Forum on Patronage and Pluralism) is now saying that the Department of Education needs to wield a stick to make divestment happen.

Also, even if the Catholic Church did divest a number of schools, that would still not address the State’s obligation to provide a religiously neutral education for children, in classes other than religion class, even in schools that retain a religious ethos. The only real solution is for the State to implement the Recommendations of the UN Human Rights Committee, the Irish Human Rights Commission, and the Forum on Patronage and Pluralism.

In an article in the Irish Times Prof John Coolahan is quoted as stating that the Department of Education needs to wield a “stick” against the Catholic Church if it wants to make progress on the divestment of schools to other patrons. He also stated that the church’s refusal to take “a proactive stance” in promoting the divestment of schools undermined the process from the outset, and he suggests cuts in school funding might be considered to concentrate minds.

We have been wondering why everyone is so surprised about the failure of the Catholic Church to divest schools or implement human rights. It is difficult for those that are denied their human rights in the education system to accept that the Chair of the Forum on Patronage and Pluralism and the Government actually believed that the Catholic Church would just willingly divest schools or accept that all families were entitled to their human rights in the Irish education system.

Despite these concerns and recommendations the Catholic Church has not moved one inch to ensure that the human rights of minorities are protected in publicly funded National Schools under their patronage. In fact they have moved to reinforce their position by rejecting the Toledo Guiding Principles and issuing a Circular Letter which reaffirmed their position. Why did anyone believe that the Catholic Church had suddenly decided to embrace human rights and that the Forum on Patronage and Pluralism was going to be the place where this would happen.

In fairness to the Catholic Church they did point this out but it now seems that nobody was listening except Atheist Ireland. At one of the early sessions of the Forum on Patronage and Pluralism the Catholic Church were very clear about how they intended to proceed and they never accepted that all schools should embrace human rights standards. The Irish Human Rights Commission had issued a Report on Education & Religion; A Human Rights perspective and the Church did not approve of its Recommendations. The Commission is a statutory body who are legally obliged to uphold human rights. Fr Michael Drumm speaking on behalf of the Catholic Church at the Forum forcefully criticised the Report from the Irish Human Rights Commission.

The Catholic Church did not explain to the Forum on Patronage and Pluralism how they believed the Commission had erred in its analysis of human rights standards. It is a very comprehensive Report and we are sure that everyone would be very interested to hear exactly how the Commission had failed in their statutory duty to uphold human rights. As far as we can determine the only problem with the Commission’s Report is that it is in conflict with the educational philosophy of the Catholic Church. The Church believes that the Irish education system should be managed in accordance with Catholic education policy which is based on Cannon law and not Human Rights law, it never had any intention of recognising and implementing human rights in schools under its patronage.

Given these strong criticisms from the Church why did the Forum on Patronage and Pluralism believe that they would willingly divest schools and also implement human rights in Stand Alone schools? There is nothing in any document from the Catholic Church that would lead anyone to believe that they had any intention of changing their position on rejecting human rights.

There is a way out of this and that is to implement the Recommendations of the UN Human Rights Committee and the Irish Human Rights Commission. These Recommendations will guarantee and protect the human rights of all parents and their children in the education system. For that to happen we would need a government in this Republic that recognised that freedom of conscience is one of the foundations of a democratic society and that religious discrimination undermines the human dignity of parents and their children.

“Min Ruairí Quinn opens Forum on Patronage and Pluralism public working sessions” by The Labour Party is licensed with CC BY-ND 2.0. To view a copy of this license, visit https://creativecommons.org/licenses/by-nd/2.0/