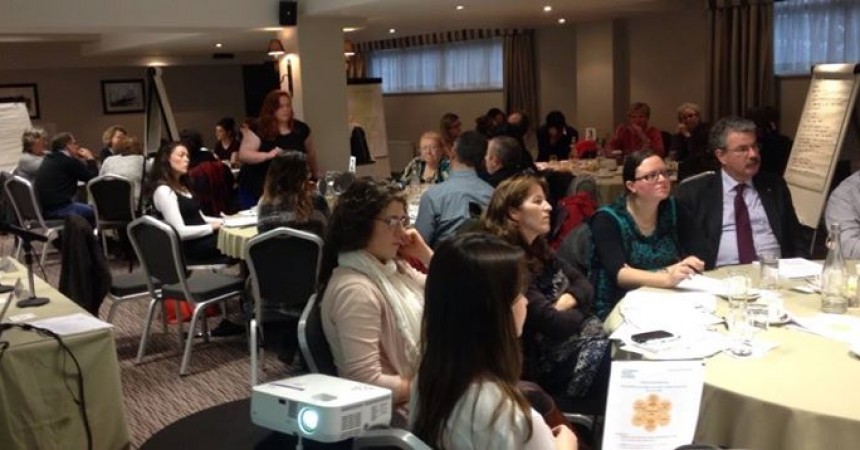 Yesterday Michael Nugent represented Atheist Ireland at a consultation meeting of the Irish Children’s Rights Alliance, to kick-start the process of briefing the United Nations Committee on the Rights of the Child before it questions Ireland about its obligations under the most widely accepted UN human rights treaty.

The UN Covenant on the Rights of the Child covers child protection, migrants and youth justice; education, culture and play, disability, health and poverty, family and care; and civil rights and freedoms.

Atheist Ireland’s main focus is on the right to secular non-denominational education, without religious discrimination in either access to schools or the school curriculum, and without discrimination against either children or staff.

This is what the UN Human Rights Committee (monitoring a different UN treaty) has already told Ireland to implement, after Atheist Ireland briefed that Committee in Geneva in July.

What is the Rights of the Child process?

What is the UN Review?
On ratifying the Convention, Governments agree to be assessed periodically by the UN Committee on the Rights of the Child on their progress in implementing the rights in the Convention. Ireland’s next review will be in January 2016.

Why is the UN Review important?
The UN Review is important as it creates a unique opportunity for dialogue between the UN, the Irish Government and civil society on children’s rights in Ireland. The examination in Geneva focuses an international spotlight on Ireland and is taken very seriously by Government.

What is the role of the Children’s Rights Alliance?
The Children’s Rights Alliance unites over 100 members working to make sure that children’s rights are respected and protected in our laws, policies and services. The Alliance was established to lead the civil society engagement in the UN review of Ireland’s record on children’s rights. It carried out this role during the two previous examinations of Ireland in 1998 and 2006.

The right of children to a secular education

At yesterday’s meeting, Atheist Ireland highlighted the right of children to secular non-denominational education, without religious discrimination in either access to schools or the school curriculum, and without discrimination against either children or staff.

In July, the UN Human Rights Committee (which monitors a different treaty) has already told Ireland to stop breaching the human rights of atheists and minority faiths in the education system. It vindicated all of the complaints raised by Atheist Ireland when we briefed the Committee in Geneva, and it made several recommendations that were specifically suggested by Atheist Ireland.

Rights of pupils and parents

It said Ireland should amend Section 37(1) of the Employment Equality Acts in a way that bars all forms of discrimination in employment in the fields of education and health.

This is video of the UN Human Rights Committee questioning Ireland about breaching the human rights of atheists and minority faiths in the education system under the Covenant on Civil and Political Rights.