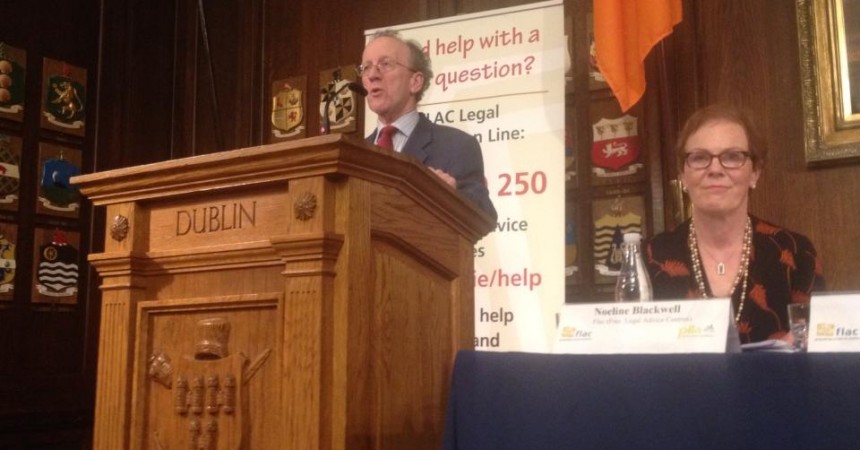 Atheist Ireland was one of 50 civil society groups to participate in drafting and to endorse the report. Our primary focus was promoting the right of employees to work free from religious discrimination, and the rights of children to secular non-denominational education.

“This research is intended to provide a broader, more inclusive source of information from a wide variety of diverse organisations throughout Ireland for the Committee,” explained FLAC Director General Noeline Blackwell. “So while FLAC is presenting the report, it actually reflects the evidence from a range of organisations and individuals who are working at ground level nationally and locally to promote and defend human rights. This makes the report a strong, authentic reflection to government and the State of the lived experience of how human rights are implemented in Ireland.”

Issues arising in the report cover such areas as education, health, housing, workers’ rights, social security, employment, protection of families and cultural life. “As we did our research, we found that the recession of the last six years had done great damage to the capacity of many people to live in dignity across the broad array of rights that affect the lives of people. We did not see the evidence that the State had taken the protection of those human rights into account in the various austerity measures imposed.  This remains a challenge for the State as it has a binding legal commitment to protect and promote fundamental human rights even in recessionary times.

The recommendations most relevant to Atheist Ireland in the report are:

In certain workplaces with a religious ethos, workers experience discrimination where their sexual orientation, civil/marital status or gender identity is considered to conflict with the ethos of the institution.

There continues to be a lack of non-denominational or multi-denominational schools despite the ongoing divestment of patronage of primary schools by the Catholic Church.

Atheist Ireland will also be making a report directly to the UN Committee on Economic, Social and Cultural Rights, as part of our ongoing campaign for equality before the law, freedom of conscience and belief, and freedom from discrimination on the ground of religion in Ireland.

You can read the full FLAC report here.