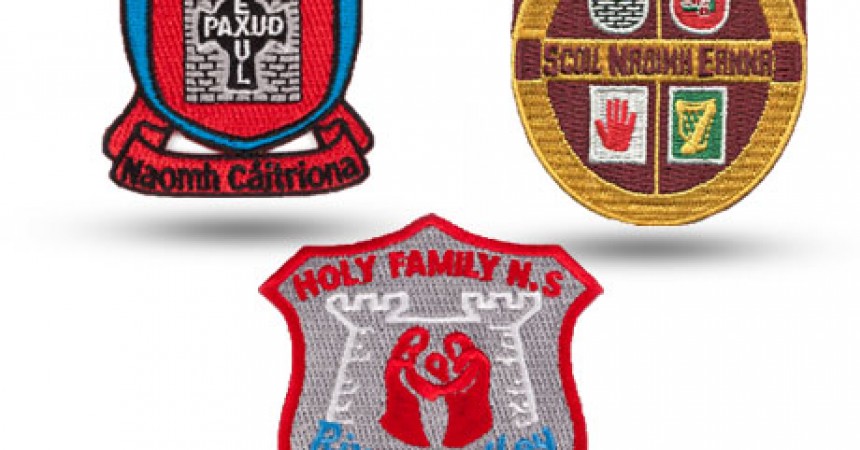 Atheist Ireland welcomes the comments of the Anglican Archbishop of Dublin regarding religious crests on school uniforms.

In an article in the Sunday Independent Archbishop Michael Jackson (Anglican Archbishop of Dublin and Glendalough) said there should be “scope for negotiation” around the wearing of uniforms that display religious crests.

The majority of parents in Ireland simply have no choice where they send their children to school because the majority of publicly funded schools at both primary and second level are under the patronage of the Catholic Church, or operate with a specific religious ethos.

If it was the other way around and Catholic parents were obliged to send their children to the local publicly funded school with a crest that read ‘there is no god’, we would never hear the end of it. Does anyone believe for an instant that that Catholic Church would not point out that such schools could not by any stretch of the imagination be called inclusive and respect diversity. Would the Islamic Foundation of Ireland object to sending their children to school with a crest on their uniform that read ‘there is no god’?

The fact of the matter is that the state does not provide education but ‘provides for’ the education of minorities in their local publicly funded school (Article 42.3.4 – Irish Constitution). It is really difficult to understand how the present government can claim that school uniform policy is the responsibility of each individual school and especially after the Louise O’Keeffe case at the European Court. The state is failing in its positive obligation under Article II of Protocol 1 of the European Convention (the right to education); to respect and protect the rights of parents and it cannot absolve itself of that responsibility. Obliging minorities to wear a specific religious symbol on their school uniform in order to access their local school is disrespect and cannot be called inclusive.

This issue is not confined to denominational schools but Education and Training Board (formally VEC) schools at second level as well. Skerries Community College is a Designated Community College and under the full patronage of Dublin and Dun Laoghaire Education Training Board. It is referred to as a multi-denominational school, despite this they still have no issue with having a specific religious symbol on the school uniform. This is Ireland where inclusion and diversity can mean anything.

The Dept of Education & Skills is well aware that obliging minorities to wear a crucifix on their school uniform is not inclusive. If it is not inclusive in a multi-denominational school then it cannot suddenly be inclusive in a denominational school. It seems that the Dept of Education are doing the usual by trying to absolve themselves of any responsibility for protecting the human rights of minorities.

In their Whole School Evaluation in 2007 on Skerries Community College, the Dept of Education stated that:-

1.1 “Care for, and inclusion of, students is an espoused value in the school’s mission statement: “Students, irrespective of economic circumstance, gender, religious or philosophical outlook, race or social situation are welcome to join us in the pursuit of knowledge.” In order to ensure that this spirit of welcome is felt by all, it is recommended that a review of how it is currently expressed symbolically should now take place. This could involve action on a proposal put at the staff council meeting this September to change the school logo to include the diversity of students.”

Students no matter what religion or whether their parents are non-religious, are obliged to attend the only publicly funded second level school in Skerries wearing a crucifix on their school uniform. Between hijabs and crucifixes it is clear that there is no respect, inclusion or diversity when it comes to recognising the human rights of atheist/secular families in the education system.