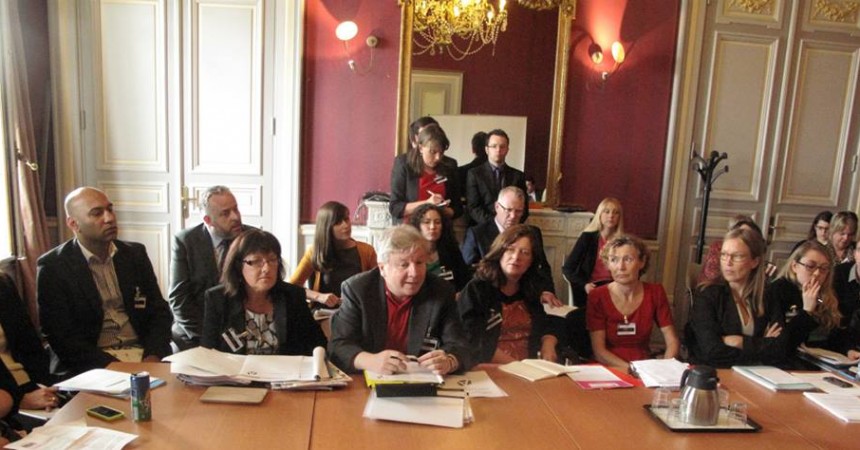 The UN Human Rights Committee has told Ireland to remove religious oaths for public office and to remove the law against blasphemy, reflecting concerns raised by Atheist Ireland at the questioning session in Geneva. The Committee concluded:

Religious Oaths: The Human Rights Committee is concerned at the slow pace of progress in amending the Constitutional provisions that oblige individuals wishing to take up senior public office positions such as President, members of the Council of State and members of the judiciary to take religious oaths. Ireland should amend articles 12, 31 and 34 of the Constitution that require religious oaths to take up senior public office positions, taking into account the Committee’s general comment No. 22 (1993) concerning the right not to be compelled to reveal one’s thoughts or adherence to a religion or belief in public.

Here are the questions that the Committee asked Ireland about religious oaths, in the session in Geneva that led to the above recommendation.

The questions about blasphemy were raised separately in written submissions, as well as by Atheist Ireland at a separate briefing with the UN Human Rights Committee.

Moving on to issue 25, dealing with religious oaths. Again, I appreciate the response provided by the State Party, and again I commend its willingness to take measures to implement the Committee’s recommendations in this regard. Our concern, however, is with the pace of the change with respect to this issue.

The issue of religious oaths was first raised in this Committee with Ireland during the very first Periodic Review of the reports of Ireland in 1993, namely, quite some time ago. And to the best of our understanding, the matter has yet to be fully addressed.

And I would be glad if the Delegation could enlighten the Committee in this respect, and please clarify whether any of the anticipated changes would include, in addition to judges, also other senior office holders in the Irish State including the President, the Attorney General, etc.