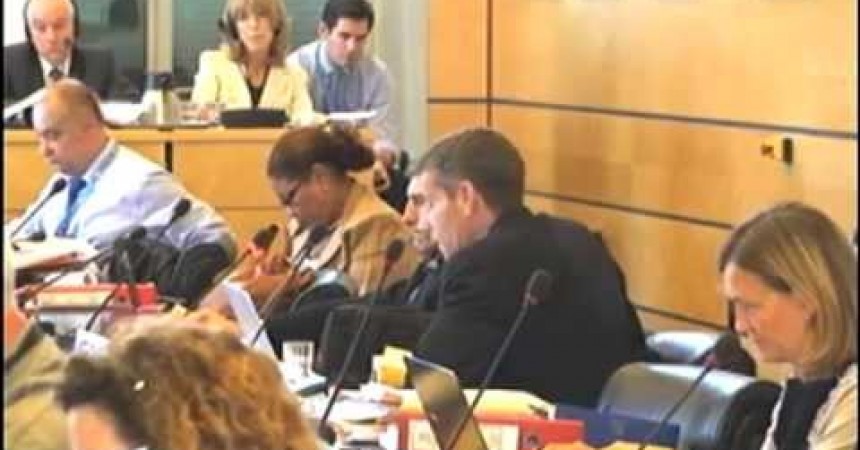 The UN Human Rights Committee has told Ireland to stop breaching the human rights of atheists and minority faith teachers and health workers, reflecting concerns raised by Atheist Ireland at the questioning session in Geneva. The Committee concluded:

Ireland should amend Section 37(1) of the Employment Equality Acts in a way that bars all forms of discrimination in employment in the fields of education and health.

Here are the questions that the Committee asked Ireland about this discrimination, in the session in Geneva that led to the above recommendation.

One of the elements of our existing employment equality framework that has come in for criticism is section 37 of Employment Equality Act 1998. Section 37 is the provision that allows religious-owned institutions to discriminate against employees or prospective employees if that is necessary to protect the religious ethos of the institution (i.e. a school or hospital). When this provision was introduced into our law in 1998, the Supreme Court had found, in an earlier judgment, that it represents a fair balance between the competing rights of freedom of religion and the right of employees to be protected from discrimination.

Experience subsequently has shown that the balance has not been a fair one in practice – the provision has been described as having a chilling effect on LGBT teachers in particular. We have a commitment in our Programme for Government to ensure that “people of non-faith or minority religious backgrounds and publically identified LGBT people should not be deterred from training or taking up employment as teachers in the State”.

Last year, the Government agreed to support a Private Members’ Bill that seeks to restore a fair balance to the equation. Given the constitutional implications, the Bill was of course examined very carefully by our Attorney General’s Office. Just last week, we completed that scrutiny process when the Government approved the Heads of a number of technical amendments to the Bill. These amendments will be published later in the year, with a view to the Bill being enacted before end-2014. The Bill as published is essentially sound and the amendments are largely technical in nature.

I am grateful for the Minister’s reaction to the issue of Article 37 of the Employment Equality Act from 1998, and the concerns that it allows for discrimination in hiring of teachers to denominational schools, and I appreciate the Government’s interest in reforming the law in this regard. We in the Committee have not seen the draft Bill, and we would appreciate if the Delegation would provide us with a copy.

I would also appreciate if you could, in your response, address the concerns that have already been raised with respect to this new draft Bill, that it would protect the rights of some groups that are currently discriminated against, such as LGBTs, but would not deal with the question of discrimination on the basis of religious conviction, namely that it would not protect the rights of non-Christian teachers or atheist teachers.