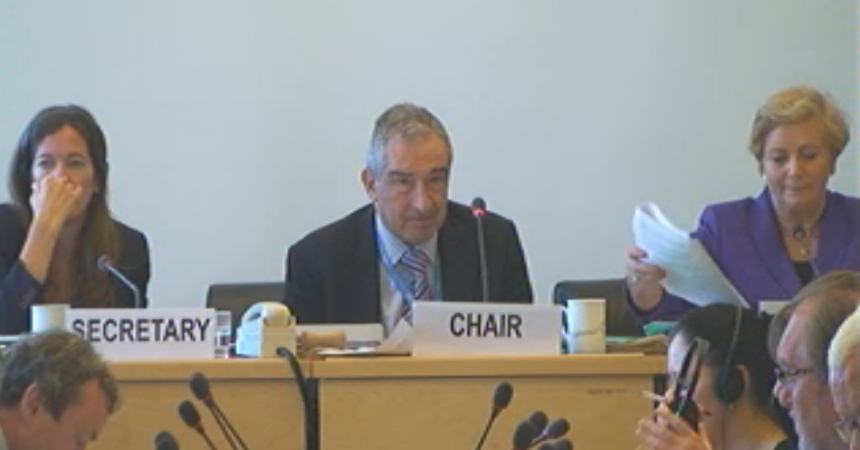 The Committee was questioning Ireland about its duties under the International Covenant on Civil and Political Rights.

It said Ireland should amend Section 37(1) of the Employment Equality Acts in a way that bars all forms of discrimination in employment in the fields of education and health.

The Human Rights Committee is concerned at the slow pace of progress in amending the Constitutional provisions that oblige individuals wishing to take up senior public office positions such as President, members of the Council of State and members of the judiciary to take religious oaths.

It said that Ireland should amend articles 12, 31 and 34 of the Constitution that require religious oaths to take up senior public office positions, taking into account the Committee’s general comment No. 22 (1993) concerning the right not to be compelled to reveal one’s thoughts or adherence to a religion or belief in public.

The Human Rights Committee is concerned that that blasphemy continues to be an offence under article 40.6.1(i) of the Constitution and section 36 of the Defamation Act 2009 (art. 19).

It said Ireland should consider removing the prohibition of blasphemy from the Constitution as recommended by the Constitutional Convention, and taking into account the Committee’s general comment No. 34 (2011) concerning the incompatibility of blasphemy laws with the Covenant, except in the specific circumstances envisaged in article 20, paragraph 2 of the Covenant.

Secular Sunday #135 - Word on the Street