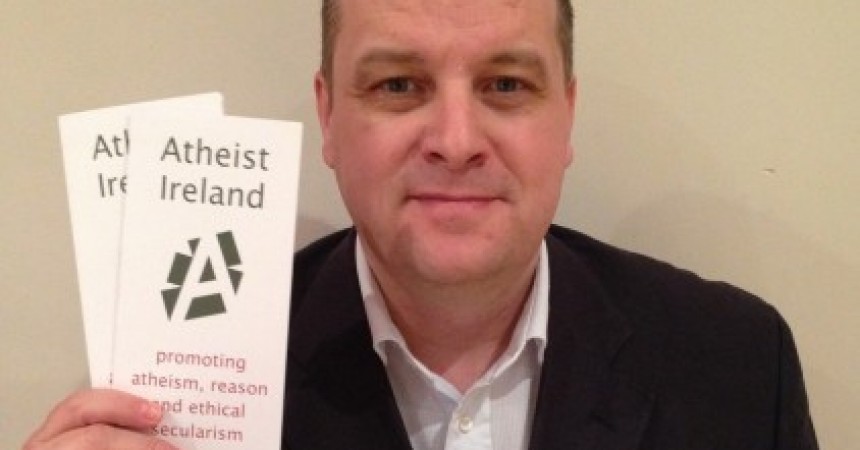 While the Taoiseach was taking his place during the ceremony in Rome to canonize the late Pope John Paul II, nobody seemed to notice the obvious problem. The Mormons have already posthumously baptized Pope John Paul II. Accordingly, if someone was able to get word to the former Karol Wojtyla about the secret handshake with which to greet Elohim, then he now resides on his own planet in some other solar system (presumably in a galaxy far, far away). As a practicing Catholic who seemed very keen to attend the ceremony though, we may assume the Taoiseach believes that all the Mormons are just plain wrong about the afterlife and that he knows much better than them. Instead then, perhaps the soul of Pope John Paul II has been accepted into the Communion of the Saints and he has been rewarded with the power to intercede in favour of his preferred earthly petitions.

Like the other Catholic saints, John Paul II seems especially sensitive to intercessionary prayers relating to medical conditions that are difficult to diagnose, with the potential for spontaneous remission. Hence, when he first looked down at the earth from his celestial perch, John Paul II decided that the top priority for his new supernatural powers was to “cure” a reclusive French nun from what may or may not be a case of Parkinson’s Disease. It is noticeable that not even Saint Anthony of Padua, the patron saint of amputees, has felt that any of his devotees have been sufficiently prayerful to have a missing limb restored. However, given his own tendency towards vincible ignorance, an appropriate patronage for John Paul II may be for the willfully blind.

Pope John Paul II was the singular figure in the world, who was best placed to bring an end to the child sex abuse perpetrated worldwide by Catholic priests. After the 2001 edict to all bishops that every instance of clerical child sex abuse must be reported to the Vatican, no previous Pope was in a position to know more about the problem. Notwithstanding this, John Paul II was the poster boy for those who thought that the reputation of the Church was more important than the protection of children, the Marcial Maciel scandal being just one example.

In the Dáil, the Taoiseach himself lambasted this shameful attitude of the Catholic Church. We can wonder though if our own political classes are not susceptible to similar vincible ignorance, when it comes to the separation of Church and State. Not only does Ireland currently require many public office holders to take religious oaths but we also allow Churches to enforce a religious ethos on State-funded schools, with permission to lawfully sack teachers for being gay or atheist. Similarly, State-funded schools lawfully discriminate against Irish children when the Church patrons feel that the child’s parents are attending the wrong Church, or no Church at all.

In February of this year then, Atheist Ireland began asking all parties and candidates contesting a seat in the Midlands North West constituency, to sign our Secular Statement. This short document is based on the core principle that all citizens should be free to practise their religion to the fullest extent, until the point where they seek to interfere with the rights and freedoms of their fellow citizens. The statement is based on the Dublin Declaration, which is available from the Atheist Ireland web site at www.atheist.ie/campaigns/dublin-declaration. Mark Deary (Green Party) and Luke Ming Flanagan TD (Independent) have already agreed every principle in the statement but Senator Rónán Mullen (Independent) has refused to sign.

While Atheist Ireland strongly disagrees with Senator Mullen’s contention that religious conscientious objections should allow citizens to be exempt from the civil law, at least he can’t be accused of pretending the debate is not important or seeking to avoid the issue. The formal position of the Labour Party on the other hand, is that they will not indicate whether or not there are any principles in the one-page document that they have a difficulty with. Sinn Féin, Fianna Fáil and Fine Gael have each had more than two months to consider the document, including multiple face-to-face meetings with Atheist Ireland. While some discussions are at an advanced stage, others have been entirely silent, with no discernible opinion at all.

Have these political parties really got nothing to say about the separation of Church and State in Ireland? Do they really believe that there are no theocratic infringements into our democracy that deserve their attention? After the disgraceful behavior of the Catholic Church in Ireland, which was so vehemently attacked by the Taoiseach in the Dáil, can they really feel that turning a blind eye to these issues has served Ireland well? What planet do they think they are living on? Perhaps the posthumous Mormon baptism was successful after all and they believe themselves to be living on the planet awarded to Pope John Paul II, where vincible ignorance is a virtue rather than a sin.