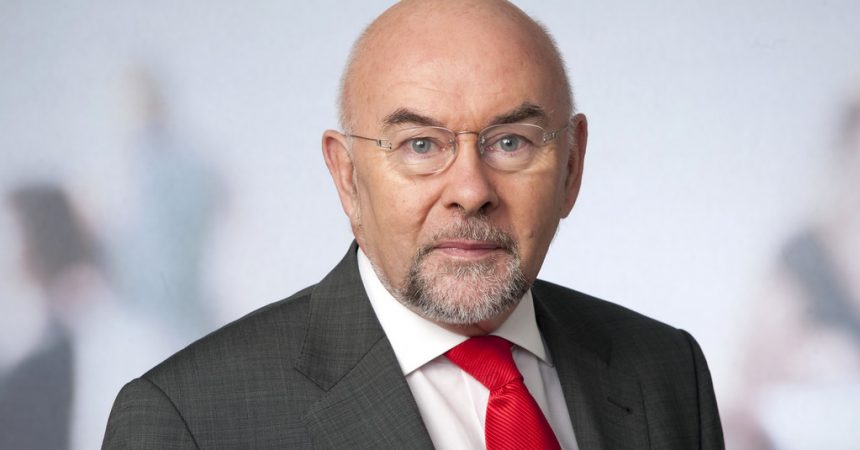 The Minister is obliged under Article 42.3.4 of the Constitution to ‘provide for’ the education of all children in the country. As it stands now the Minister is in the main ‘providing for’ the education of minorities in publicly funded National schools under the patronage of the Catholic Church. If he cannot ‘provide for’ the education of minorities in these schools, then it is going to cost the taxpayer a significant amount of money to educate them somewhere else. It is money that the state simply cannot find, unless it raises taxes to fund different schools in all areas of the country and it continues with a policy of segregating children according to their parents’ religion. Choice and plurality of patronage suddenly takes a back seat when we are discussing funding and the rights of minorities to an education of their choice for their children.

While ‘providing for’ the education of minorities in National schools with a Catholic ethos the Minister for Education is obliged to ensure that their Constitutional and Human Rights are protected and that these schools are inclusive. State funding of schools has conditions and one of those conditions is that parents can opt out their children from religion (Article 44.2.4).

In 2012 the Irish Examiner reported that Bishop Leo O’Reilly had warned Ruairi Quinn not to rush ahead with plans to put primary schools currently managed by the Church under secular control. He also is reported as saying that “it would be “extremely unwise” for Mr Quinn to try and bulldoze the changeover, or ram it through quickly.” He also posed the question “whether diversity and choice was being offered for all, except those practising as Catholics.”(1) Just think about Canon law and you will understand where they are coming from, as we are not talking about the Constitutional and Human Rights of all citizens here.

For some reason nineteen years amounts to bulldozing and ramming change through quickly. As far back as 1995 the Constitutional Review Group Report raised these issues and stated that:-(2)

“While the rule under which parents were allowed to opt their children out of religious instruction still remained, the rule became effectively inoperable since religious and secular instruction would now be integrated. With the increasing diversity of religious beliefs and secular views in the State, Article 44.2.4 clearly has the potential in the context of an integrated curriculum to give rise to difficulties.”

“if Article 44.2.4 did not provide these safeguards, the State might well be in breach of its international obligations, inasmuch as it might mean that a significant number of children of minority religions (or those with no religion) might be coerced by force of circumstances to attend a school which did not cater for their particular religious views or their conscientious objections. If this were to occur, it would also mean that the State would be in breach of its obligations under Article 42.3.1.”

Despite being accused of bulldozing through change, the state has not moved very fast. After nineteen years of doing nothing, it is now trying to ‘provide for’ the education of minorities in publicly funded National schools where the Constitutional and Human Rights of minorities are protected.

In fairness to the Catholic Church, despite now claiming that their schools are inclusive, they did actually raise some of these issues in the past. They pointed out that they would need extra resources from the state to ensure that the Constitutional right to opt out of religion was recognised in practice. Unfortunately they also suggested that if minorities did not like the ethos of Catholic schools they could go somewhere else. Well that does fit in with Canon law.

On 22nd May 2009 Bishop Donal Murray, Chair of the Bishops’ Department of Catholic Education and Formation stated in a speech that:(3)

“If it is the expression of Catholic faith within the life of the school that is unacceptable to them, and if withdrawal from religious instruction is not enough, then it seems that one would have to acknowledge that this kind of school is simply not suitable for that family.”

“The increasing number of pupils whose parents do not wish them to receive religious instruction that is designed for Catholic children can make the logistics of this difficult, but since the right is recognised in the Constitution, one would hope that the Government might make possible the conditions to enable it to be recognised in practice. This might require additional space, additional supervision, or the employment of part‐time teachers to provide instruction in the faith or values system of the families concerned.”

The Bishop fails to take on board the fact that when they accepted state funding they were required to put in place the Constitutional condition to ensure that parents could opt their children out of religion in practice. If parents were actually able to opt out their children in practice then schools would spend less on religious education.

The Minister for Education is not obliged to run the country according to Canon law. He is obliged to ensure that the inalienable rights of ALL parents are respected (Article 42.1 – Irish Constitution), if he ‘provides for’ the education of their children in publicly funded National schools with a religious ethos. He is also obliged to ensure that the conditions of the state funding of schools are implemented in practice (Article 44.2.4).

The right to respect for parents’ convictions applies to all parents and that includes minority religions and parents with philosophical convictions such as secularism. If it did not apply then Ireland would be in breach of all its international obligations in relation to the rights of parents and children in the education system. At this stage no one is claiming that Article 42.1 only protects the rights of some religious parents.

The Minister must also take cognisance of Article 42.3.1 which states that:-

“The state shall not oblige parents in violation of their conscience and lawful preference to send their children to schools established by the State, or to any particular type of school designated by the State.”

Secular parents do not choose to send their children to publicly funded National schools with a Catholic ethos. The state is ‘providing for’ their education in these schools as there is nowhere else for them to go. These schools violate the conscience and lawful preference of minorities and the state cannot continue to do nothing about these issues.

In 2008 the UN Human Rights Committee recommended that the state open up non-denominational schools throughout the country because the religious integrated curriculum in denominational schools breached the rights of secular parents and their children. They said that it was discrimination, breached the right to freedom of conscience the rights of the child and the right to equality before the law.(4)

We also have the Report from the Forum on Patronage and Pluralism and despite these concerns we are still waiting on the Catholic Church to show us by example how their schools are inclusive. They’ve known for years the problems but now think that Ruairi Quinn is rushing things and bulldozing through change.

“26. Please provide information on steps being taken to ensure that the right of children of minority religions or non-faith are also recognized in the Education Act 1998, and the number of non-denominational primary schools that have been established during the reporting period. Please also clarify whether there is an accessible and independent complaint handling mechanism to resolve disputes between parents and schools.”(5)

Maybe the UN should ask the Catholic Church to answer these questions, as they seem to be control of our education system and insist that they can show examples of how schools are inclusive of minorities. After all these Reports and Recommendations over the past nineteen years, we now seem to be at a crossroads in this Republic where we can either protect the rights of ALL parents and children or continue to undermine the rights of minorities. It is time to do something about a system of education that hands over control to private bodies and institutions that do not respect the Constitutional and Human Rights of all citizens. It is also time for the state to fulfill its positive obligation to ensure that the rights of ALL parents and children are protected.

(4)  http://tbinternet.ohchr.org/_layouts/treatybodyexternal/SessionDetails1.aspx?SessionID=432&Lang=en“22 The Committee notes with concern that the vast majority of Ireland’s primary schools are privately run denominational schools that have adopted a religious integrated curriculum thus depriving many parents and children who so wish to have access to secular primary education. (arts. 2, 18, 24, 26). The State party should increase its efforts to ensure that non-denominational primary education is widely available in all regions of the State party, in view of the increasingly diverse and multi-ethnic composition of the population of the State party.”