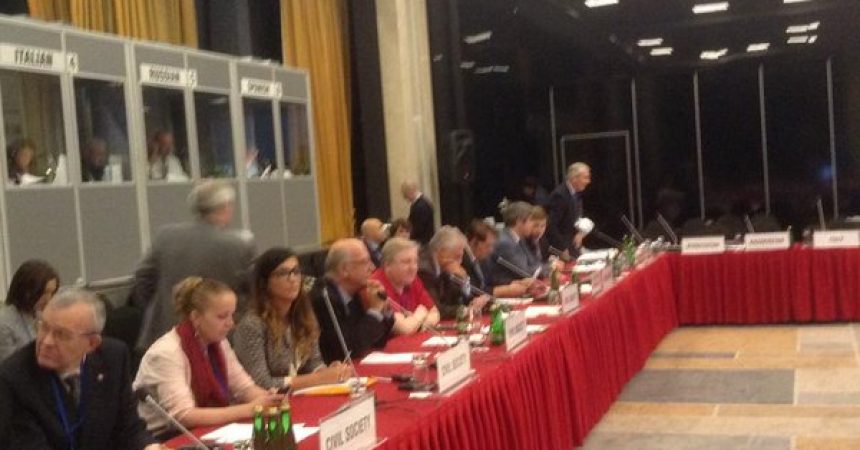 The United Nations Human Rights Committee has said today that it is to raise several secular issues with Ireland, which Atheist Ireland recommended in a submission to the United Nations in August.

The UN has today published the list of issues that it will ask Ireland about, under the fourth periodic review of Ireland’s obligations under the International Covenant on Civil and Political Rights.

The UN is to ask Ireland about three specifically secular issues raised by Atheist Ireland – the religious oaths for Irish public office holders, discrimination against atheists and religious minorities in Irish primary schools, and the Irish law against blasphemy.

The UN will also ask Ireland about broadening access to abortion to guarantee women’s rights under the Covenant.

Atheist Ireland welcomes this report. We have consistently highlighted that discrimination against atheists and secularists in Ireland is not only socially and politically harmful, but that it is also a breach of our individual human rights of freedom of conscience, freedom from discrimination, equality before the law and the rights of the child.

Atheist Ireland will be making another formal detailed submission to the UN about these issues when Ireland appears before the Human Rights Committee in July 2014.

Meanwhile, we encourage all Irish citizens who face these discriminations to contact your TDs and Government Ministers, and ask them to ensure that Ireland complies with our international human rights obligations to atheists and other minorities.

Under Article 18 (Freedom of Conscience) the UN has asked Ireland to:

* Provide updated information to amend the constitutional provision requiring a religious oath from judges to allow for a choice of a non-religious declaration, as recommended by the Committee in its previous concluding observations (CCPR/C/IRL/CO/3, para.21).

* Provide information on steps being taken to ensure that the right of children of minority religions or non-faith are also recognized in the Education Act 1998, and the number of non-denominational primary schools that have been established during the reporting period.

* Clarify whether there is an accessible and independent complaint handling mechanism to resolve disputes between parents and schools.

Under Article 19 (Freedom of Opinion and Expression) the UN has asked Ireland to:

* Provide updated information concerning the measures taken or envisaged to remove the offence of blasphemy from article 40.6.1(i) of the Constitution as well as section 36 of the Defamation Act 2009.

* Clarify what a “real and substantial risk” to the pregnant women’s life means in practice, in order to provide legal and clinical clarity for health providers and certainty for women experiencing potentially life-threatening pregnancies;

* Clarify whether Ireland intends to introduce measures to broaden access to abortion to guarantee women’s rights under the Covenant, including when the pregnancy poses a risk to the health of the pregnant woman, where the pregnancy is the result of a crime, such as rape or incest, cases of fatal foetal abnormalities, or when it is established that the foetus will not survive outside the womb.